A Virginia-based company that sold medical supplies to Arkansas in 2020 as COVID-19 surged never made good on the deal, Arkansas Attorney General Leslie Rutledge said Wednesday. A new lawsuit attempts to recoup the money, plus penalties for violating the Arkansas Deceptive Trade Practices Act.

Med-Care Health Link of Virginia sold $10.9 million worth of gowns, face shields and ventilators to the University of Arkansas for Medical Sciences and the Arkansas Department of Finance and Administration in March and April of 2020, Rutledge said. The DFA planned to distribute these medical supplies to state agencies and departments, and also share them with medical facilities around the state as needed.

While it’s not usual practice for UAMS to pay for goods before receiving them, normal practices went out the window during the early days of the pandemic, as hospitals and health care providers scrambled for scarce supplies and manufacturers and distributors held all the cards. It became common to have to pay upfront, UAMS Vice Chancellor for Finance and CFO Amanda George said. “Suppliers wanted to make sure buyers had the cash on hand.” 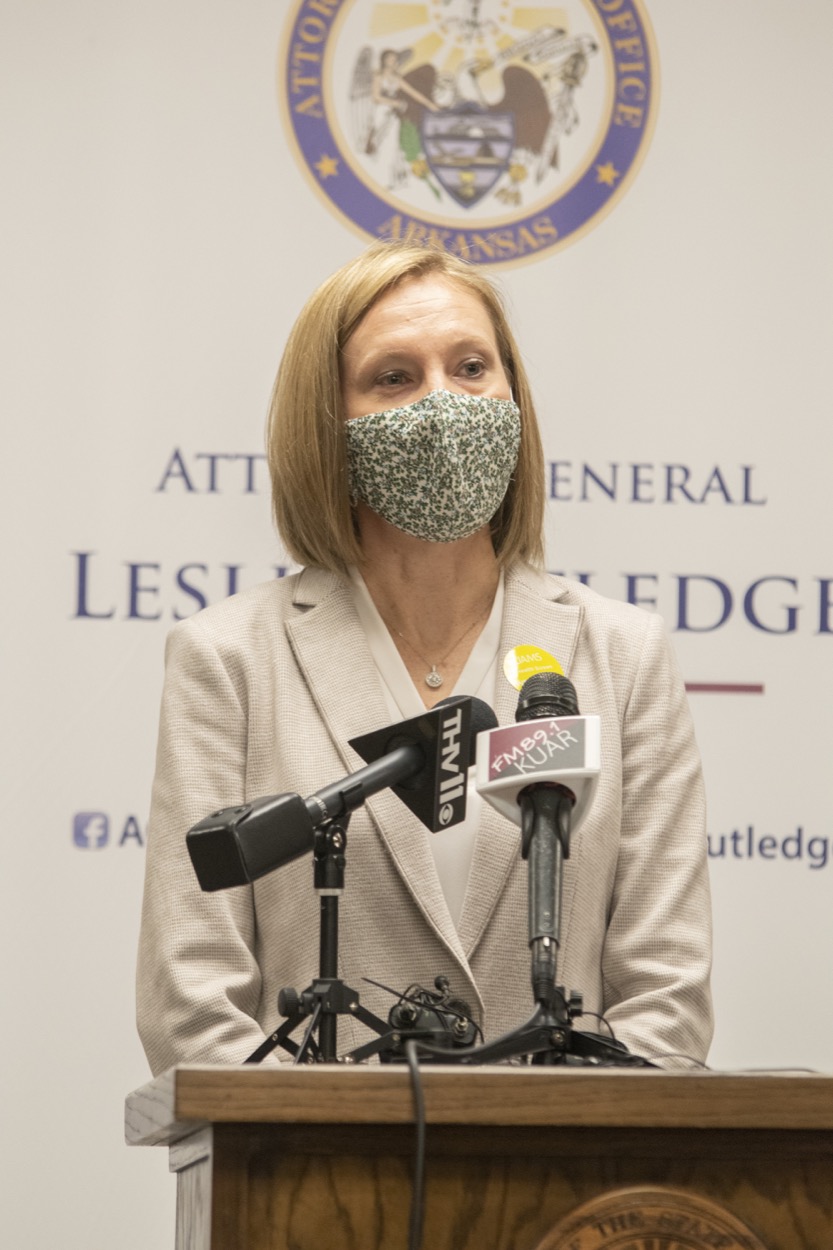 And while the money paid upfront was supposed to be held in escrow on these deals, the escrow agents failed to the return the money when no goods were delivered, the court filing says. Those agents — Carla Turner-Hahn of Lakeland, Fla., Ajili Hodari of Seattle, Linda Monty of Chicago and Stevens Strategic Solutions of Rockville, Md., — are named as defendants along with Med-Care Health Link in the suit.

On March 29, 2020, UAMS and the Department of Finance and Administration ordered 4 million medical gowns from Med-Care Health Link, at a cost of $4.8 million. On April 13, UAMS and DFA ordered a combined 560 ventilators from the company for $5 million. The DFA then ordered a million face shields from Med-Care on April 15, at a price of $1.1 million. Those purchases add up to $10.9 million

But months went by with no shipments coming in, and the hospital system couldn’t get anyone at Med-Care to tell them exactly why, UAMS attorney Sherri Robinson said. A Med-Care representative told them the orders were in other states, or that the Chinese manufacturer had sold them to someone else.

The court filing indicates that Med-Care declined to offer different products instead, and also refused to authorize the escrow agents to return the money.

A call to Med-Care’s office in Suffolk, Va., went unanswered.

While the supplies they ordered from Med-Care were never delivered, UAMS was able to buy gowns and masks elsewhere, George said. They didn’t buy other ventilators, but George said UAMS always had enough ventilators for patients who needed them.