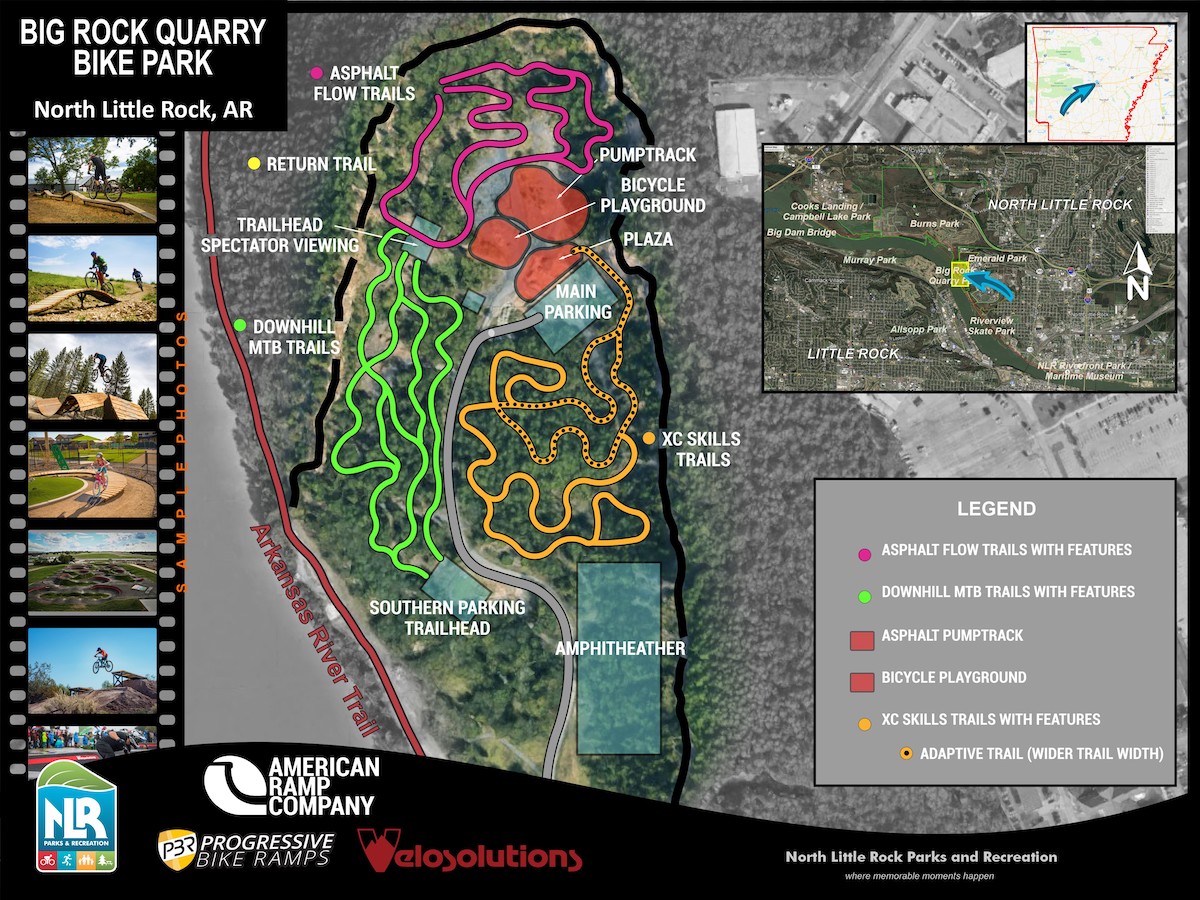 THE VISION: For Big Rock Quarry.

The city of North Little Rock has crafted an expansive vision for a cycling destination in Big Rock Quarry below Emerald Park and along the Arkansas River Trail. Plans call for everything adventurous cyclists could want: downhill mountain bike trails, cross country mountain bike skills trails, asphalt flow trails and a bicycle playground. A rendering of the plan also includes a large amphitheater for concerts and events.

Most of the plan is just in the concept phase, according to Shara Brazear, director of communications for the city of North Little Rock. City leaders are actively pursuing grants and private support.

But one thing cyclists can definitely look forward to in 2022 is an asphalt pump track, which is under construction. A pump track is a loop of small hills or rollers and berms designed so cyclists can ride it with minimal or no pedaling. The “pump” part of the name refers to the motion that riders use with their handlebars to propel themselves around the track without pedaling.

North Little Rock was inspired by The Runway Bike Park at The Jones Center in Springdale. Runway hosted the Red Bull UCI Pump Track World Championships in May and in 2018. Here’s a video from the 2018 event that gives you an idea of how a pump track works.

The city of North Little Rock is spending $450,000 of American Rescue Plan money and another $50,000 on a small parking lot. American Ramp Company is building the track and Velosolutions is handling the asphalt.

Brazear said the project would require only minimal tree removal and would take advantage of the contours of the quarry. The pump track will be fun for all ages and all skill levels, she pointed out. The city is always looking to expand free attractions for residents and visitors, she said.