It is time for an updated analysis from Arkansas Advocates for Children and Families of the whopping income tax cut Governor Hutchinson and the legislature are on the verge of speedily approving in early December.

Surprise: It’s even more costly than a plan analyzed earlier and even a bigger windfall for the wealthy. By Republican lights, this will mean it’s an even greater economic boon to the state, despite the historic failure of trickle-down economics in other states and the U.S. Congress. (See Trump’s zillionaire tax cut for a recent example.)

Fully implemented, the plan gives a 17 percent tax cut to the richest Arkansans. That is BIG money if you are a Walton, Tyson, Hunt, Stephens or similar. It does include a 15-cent-a-day credit to people making less than minimum wage, but not a penny of credit to those just above minimum wage.

…its main feature would be to cut the top personal and corporate income tax rates. This disproportionately benefits the wealthy, and the corporate income tax cut will largely be captured by out-of-state shareholders, meaning the revenue will leave the state economy entirely. That increases the risk that, rather than inducing economic growth, the tax cuts will actually shrink the state economy.

The Institution on Taxation and Economic Policy finds that the plan would deliver 80 percent of benefits for a corporate income tax cut to the top 20 percent ranked on income and most of the money would flow to out-of-state owners of the companies.

That’s bad, but corporate income tax is a relatively small amount of the state picture already thanks to accounting tricks and other help. The sales tax and the personal income tax are bigger. No change is contemplated in the punishing sales tax, which hits poor people hardest. But here’s how the benefits of the proposed personal income tax cut would shake out (almost half to the top 5 percent): 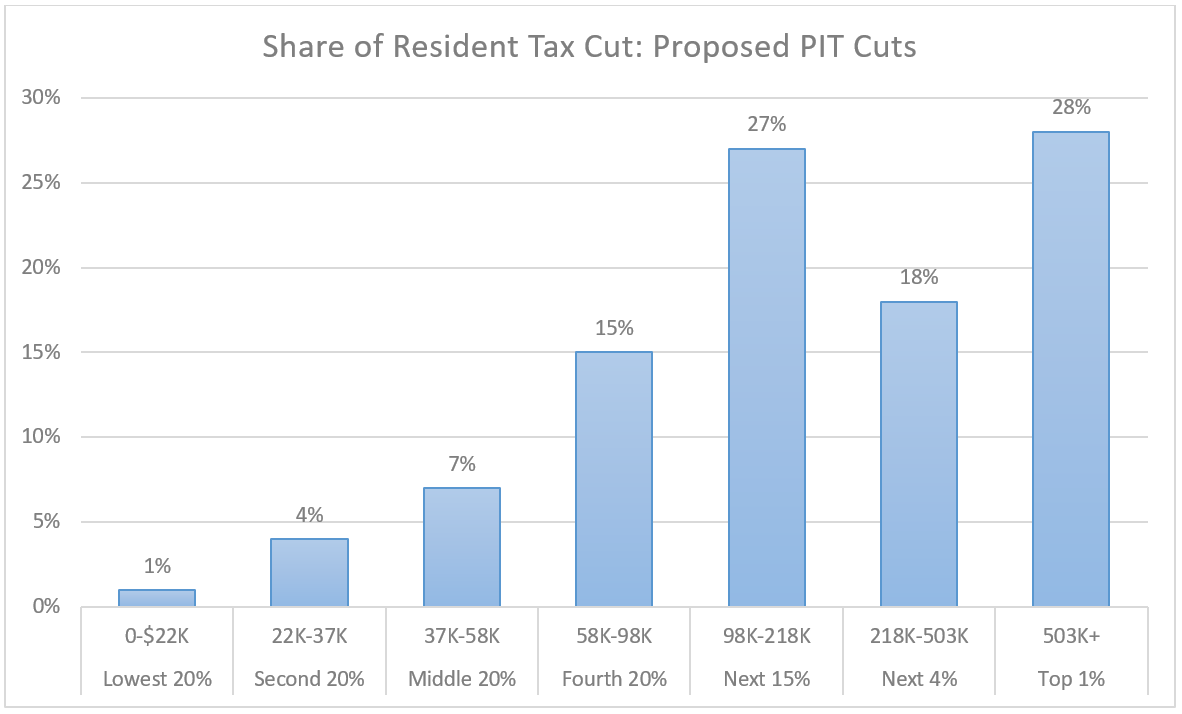 In exchange, the state economy might shrink or might grow less than one-tenth of one percent, depending on which of the legislature’s consultants you want to believe.

In 2018, the consultants for the Arkansas Tax Reform and Relief Legislative Task Force showed that any tax cuts would cause “output and job growth to turn negative” because they correctly inferred that a cut in state taxes necessitates a cut in state spending. That negative impact on jobs and output is because state spending creates jobs and induces economic growth, too. But even a more recent analysis, which explicitly ignored the impact of cuts on the state budget, only claims a minuscule benefit. They projected Arkansas’s “gross state product,” a measure of our economy, would increase by less than $1 billion over a decade. But Arkansas’s gross state product is more than $100 billion every year. That’s inducing economic growth by less than one-tenth of one-percent.

Legislators will scoff at this just as they scoff at those who insist cattle dewormer isn’t a proven antidote to COVID-19. The windfall for the rich will pass as quickly as feed through a diarrhetic pig. Expect no discussion beyond faith-based assurances that the state can continue to support vital public services at their already anemic level after a half-billion-dollar tax cut. (Actually, the analysis says the total cost fully implemented will be more like $600 million, or 10 percent of the current general revenue budget.)

But fair is fair. The rich should get richer, right, because the poor just aren’t working hard enough to get ahead 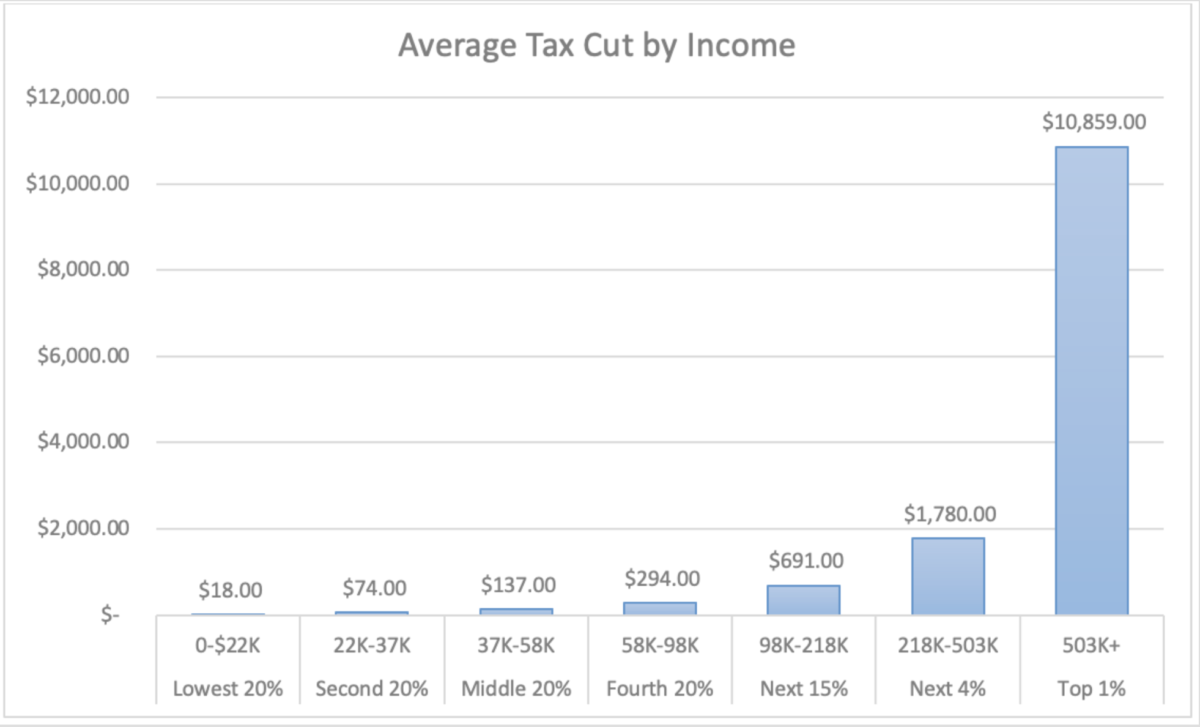 And amen to this conclusion:

How much farther could that $600 million annually go if we instead made key investments to expand early education and child care, improve infrastructure, improve access to and the quality of health care, and other services to boost the state economy while helping children and families at the same time?