A formal settlement still has not been filed or approved in federal court regarding the lawsuit over State Police use of a maneuver that forced the crash of a pregnant woman’s vehicle on a narrow stretch of Highway 67-167 near Jacksonville. But we’ve obtained the draft document.

Janice Harper said she’d slowed, turned on warning flashers and was looking for a place to stop for Cpl. Rod Dunn, who said she’d been speeding, when Dunn used the precision immobilization technique (PIT) to force her car to crash. Her vehicle rolled over, but she escaped physical injury.

I asked for a copy of the settlement agreement and was told it was not final, though it might be next week. Under the FOI, I asked for a draft copy.

It indicates the State Police have signed off on a $150,000 payment to Harper, though that may be subject to legislative approval, the agreement notes. It also outlines a policy change the lawyers for Harper had announced, but which had not been explicitly confirmed by State Police. 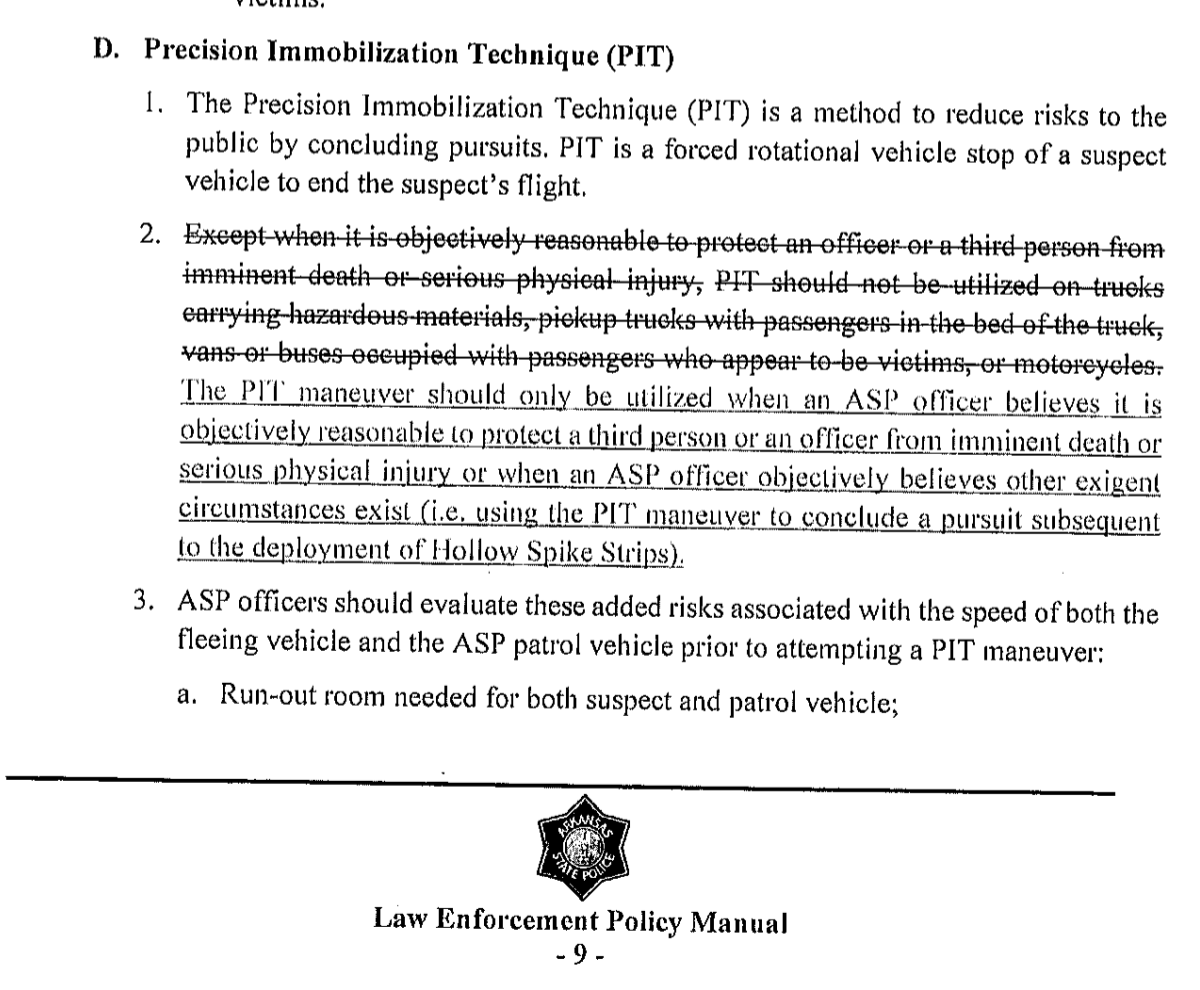 Coincidentally, the State Police haven’t been willing to discuss the use of the PIT by troopers to end a chase that began in Cammack Village early Monday and proceeded for miles through two more cities, Little Rock and North Little Rock, and involved four police agencies before a vehicle was stopped. The chase was initiated because the Cammack police thought a car stopped on a village street looked “suspicious.” The driver was ultimately charged with fleeing and two other offenses related to his attempted flight as well as possession of drug paraphernalia.

This document includes the proposed settlement and the State Police pursuit policy.