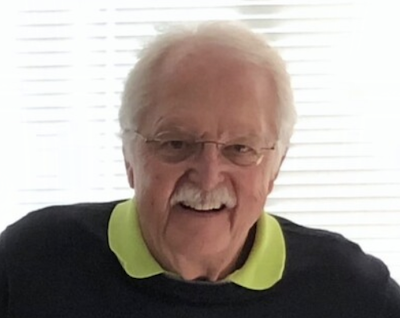 News comes from Blowing Rock, N.C., of the death of Ralph B. Patterson, 73, a member of the family that long owned the Arkansas Gazette and a Little Rock ad executive before retirement and a move to North Carolina.

He was the son of Louise Heiskell Patterson and former Gazette publisher Hugh B. Patterson Jr. and the brother of former Gazette executive editor Carrick Patterson of Little Rock. His grandparents included J.N. Heiskell, editor of the Gazette for more than 70 years.

The link to his obituary at Hampton Funeral Service contains much more about a full life. Among others, he was a painter, golfer and active in civic interests.

He was such a good guy. Easy to meet. Easy to know. The photo provided with his obituary is exactly as I remember him — smiling broadly.

I owe him a debt for an act of what you might call philanthropy. I became editor of the Arkansas Times when it converted to weekly publication in May 1992. Ralph volunteered to write movie reviews. And he did this for more years than I can readily recall. He treated it like a real job — done well, on time and popularly received. It was a gift I deeply appreciated.

There will be funerals in Blowing Rock and Little Rock.

Locally, memorials may be made to the Central Arkansas Library System on whose board he once served and where he’d been preceded by his grandfather, Editor Heiskell, who held library card No. 1.