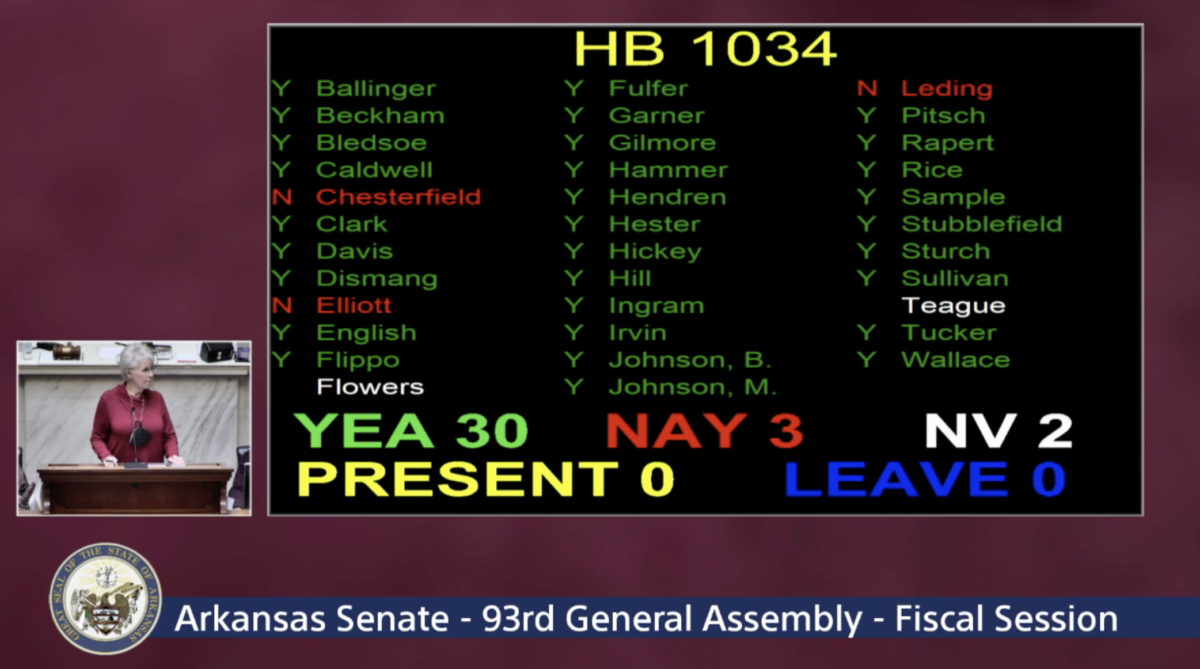 The legislature is done.

The House took only a few minutes to complete action on the final budget bills.

The Senate took a little longer because of some debate on HB 1034, the Corrections Department appropriation which included an appropriation of $75 million to build 500 new prison beds at Calico Rock, an expansion that will eventually mean millions in additional operating costs.

Democratic senators raised arguments about the high incarceration rate in Arkansas and a need to consider alternatives to prison, including locking up fewer non-violent offenders. Republican senators spoke of the need to lock up criminals and to reduce the burden on county jails where state prisoners are backed up. A few said some efforts are underway to review some jailing practices, such as locking up people for failure to pay fines.

PS: Again note. This was a vote on the entire appropriation not just the prison. Votes “no” were simply symbolic. Clarke Tucker, for example, opposed an expansion without more debate but voted for the prison budget.

One piece of action that won’t occur until formal sine die adjournment, tentatively set Tuesday, March 15. The House will vote on a designate to be House speaker in 2023. Speaker Matthew Shepherd will be seeking another term. Sen. Bart Hester was chosen by the Republican caucus to be the nominee to succeed Sen. Jimmy Hickey as president pro temp, generally tantamount to election in the Republican-controlled Senate. It didn’t work out that way two years ago, however, when a coalition of Democrats and Republicans upset Hester’s nomination to elect Hickey. He sought another term, but Hester defeated him and Sen. Kim Hammer. I don’t expect to see a replay of the surprise formal vote that occurred in 2020. UPDATE: Indeed, Hickey moved Hester’s election today and it happened instantly.

The Senate session also extended a bit for speeches from nine senators who won’t be returning.

Also today, Governor Hutchinson held a news conference to tout legislation increasing law officer pay. The legislation includes an increase of State Police trooper starting pay from $42,357 to $54,000; a $5,000 bonus for every certified full-time law officer; grants for equipment and an increase in state reimbursement to county jails for holding state prisoners from $32 to $42 a day.