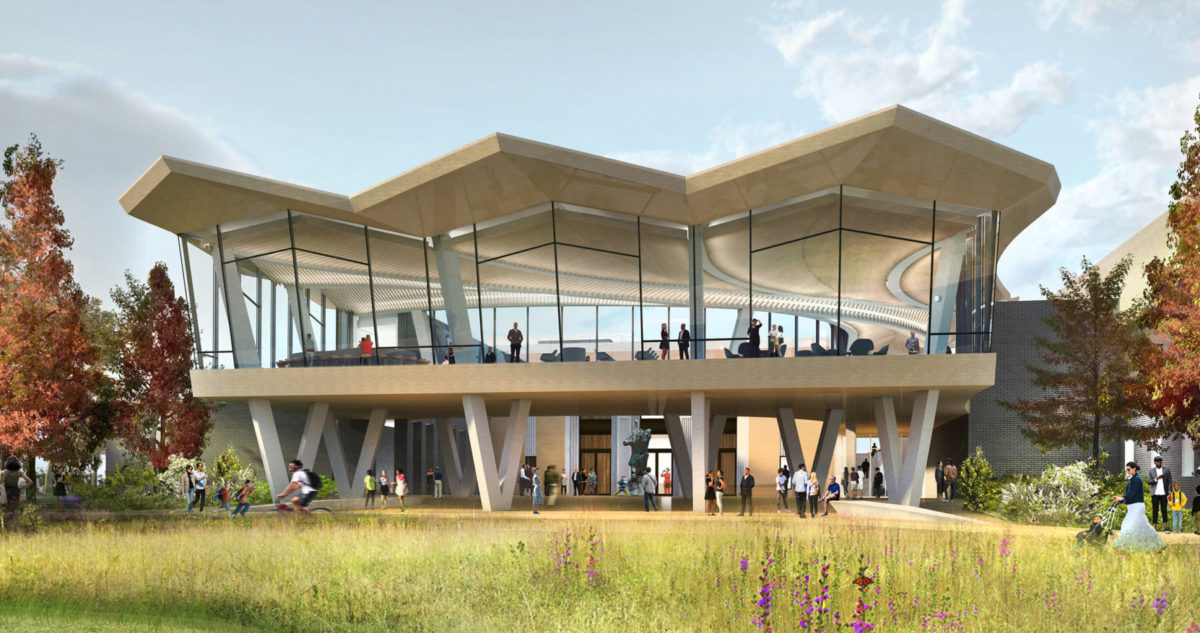 STANDING RED WON’T RETURN: When the Arkansas Museum of Fine Arts reopens in its new building. 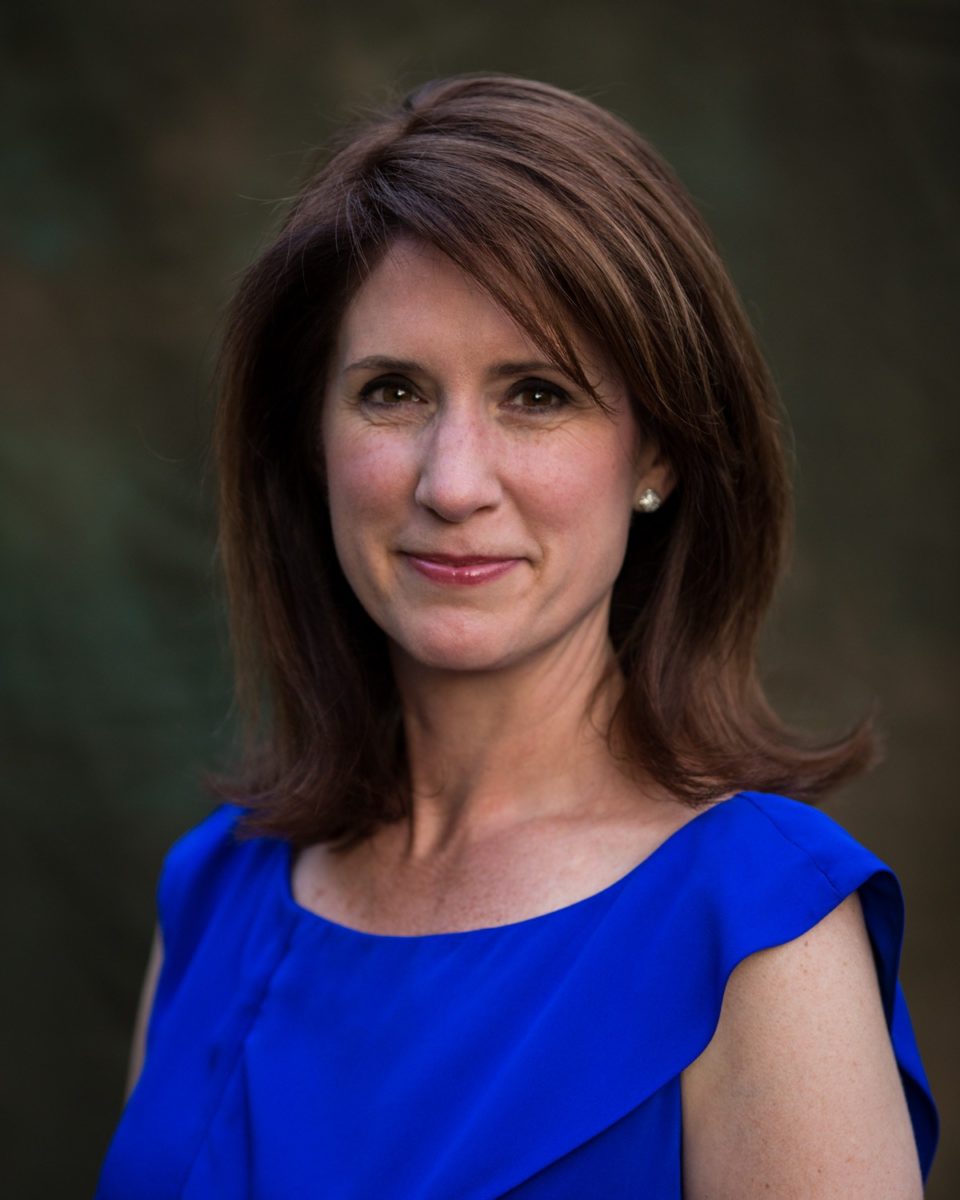 DR. VICTORIA RAMIREZ: ‘We are not here to keep secrets.’

Dr. Victoria Ramirez, executive director of the Arkansas Museum of Fine Arts, talked to me this afternoon about questions I’d posed earlier today about the museum’s decision to scrap Standing Red, the huge Tal Streeter sculpture that stood at the entrance to the museum for a half-century.

She addressed some fine points about the decision-making by the Arkansas Museum of Fine Arts Foundation, which owns the museum collection and is uncommunicative about its management of the collection and finances. It’s chaired by financier Warren Stephens, a major contributor to the museum.

After months of refusing to answer questions about Standing Red, Ramirez finally revealed Friday it had been “deaccessioned,” museum-speak for disposed of. Then Monday, she revealed it had been scrapped.

I had no particular attachment to Standing Red and many public comments suggest I was not alone. But my central question, and that of many others, was why Ramirez and the foundation had resisted for so long simply saying what had happened to the sculpture?

“The foundation regularly conducts business related to the collection. And it has been very active in the last few years [it has deaccessioned 276 works and acquired 726 since March 2019, she said]. It has just been policy not to share those details. And so when this came up, we continued with our policy of not sharing those details. It’s clear we needed to and that’s why I’m talking to you now.”

As an opinion writer, I offered one: This has been a PR disaster. “I understand and you’re entitled to your opinion,” Ramirez responded.

I also asked her about opinion expressed by many that the foundation had functioned as something of a private club, unanswerable to the public, though the public owns the land and building and provides millions in financial support. I mentioned the decision by the foundation to wash its hands of the deteriorated Terry Mansion, once operated as a decorative arts adjunct of the museum, and refusal to discuss how an endowment meant to maintain the house was spent up or what items in that facility had been “deaccessioned.”

She responded: “We are not here to keep secrets and not here to do things that don’t seem transparent.” But she also said she understood how the Standing Red matter might have contributed to that perception.

The perception won’t be entirely dispelled by the museum management structure. The museum is public, to a degree, but the foundation is not. This extends, she said, to the museum collection. Those holdings are foundation records, she said, not museum records, though she acknowledges her own work is open to the public. She said she’d inquire if the foundation would answer my questions about Terry Mansion items that were deaccessioned.

I asked, too, when the museum would reopen. She said she hoped to announce a grand opening date within “the next month or so.” At one time, plans had been to open the museum in early 2022.

As to perceptions of exclusivity at the museum, Ramirez said many museums work to dispel this notion. “We don’t want to be that kind of museum. It’s not a private club. We’re free and that says a lot about how accessible we want the new museum to be.”

She continued: “The staff is deeply committed to this being a welcoming and accessible place for everybody. We purposely hired people who believe in that mission.” She said the museum could not be relevant or be sustained if it was an exclusive place without broad support.

She said she anticipated a full program of fine arts, performing arts, children’s theater and education when the rebuilt museum reopens. “Nobody is more eager than we are,” she said.

As for some other questions I posed this morning:

The museum has a collections management policy and the foundation follows that policy. It is meant to “enhance the integrity, quality and identity” of the collection. When an item is sold, all proceeds go to the purchase of new work or care of the collection.

An arts committee of the Foundation studies potential sales or acquisitions. Its recommendations then are considered by the foundation board. One non-foundation member, whom Ramirez would not identify, serves on the arts committee.

So what about Standing Red?

It was moved from its former place to a temporary location in December 2019. After it was moved, Ramirez said, “we started to look at conservation cost.” The metal wasn’t in good shape, she said. It had begun corroding. The surface needed to be prepared for repainting and then repainted, She said the museum got two bids for the work — $37,000 from a local company and $33,800 from a conservation lab out of state. The committee also considered that the sculpture would need better footing and not be placed on bare ground. It would need a better pedestal and structure to hold it in place. It needed to be better lit. “When we presented these facts to the arts committee and the foundation that’s when it was determined to pursue deaccession.” Another factor was the discrepancy between the cost of restoration and the value of the work, estimated at $1,500 in a review by Sotheby’s of several pieces in the collection in 1991.

Was there a contemporary evaluation? She said they had found the sale of a comparable, but smaller sculpture by the same artist in 2018 for $450. “We knew the work had seriously depreciated in value. Because of that we made the determination we could not justify the expense.”

Before a final decision to get rid of the piece was made, the museum consulted with a member of the Rockefeller family. The sculpture was placed in 1970 in honor of Jeannette Rockefeller, wife of Governor Winthrop Rockefeller, an early backer of the museum. That family member was “in complete agreement,” she said.

Ultimately, she said, with “no viable buyers,” the decision was made to scrap it. She said the collections management policy dictated that disposal, or scrapping, was the best remaining option. “It’s not an easy thing to do. It’s not something we’ve done very often. Most museums try to avoid it. But when you have a collection of 14,000 works that need time and resources you have to focus on works that advance the institutions.”

So Standing Red was dismantled this year. The museum received no payment for the scrap metal, but it wasn’t charged for removal of the piece. She wouldn’t identify who took it.

“One important thing to add is that we do recognize the institutional and historical significance of the work. We certain recognize the contribution of Jeannette Rockefeller and plant to honor her in a fairly significant way.”