The Pulaski County Election Commission did a routine piece of business last night, approving a list of election officials submitted by the staff to work in the May primary election.

Those approved to work included Barry Haas, who’s worked in Pulaski elections for a couple of decades. That would be unremarkable, too, except for recent commission history. 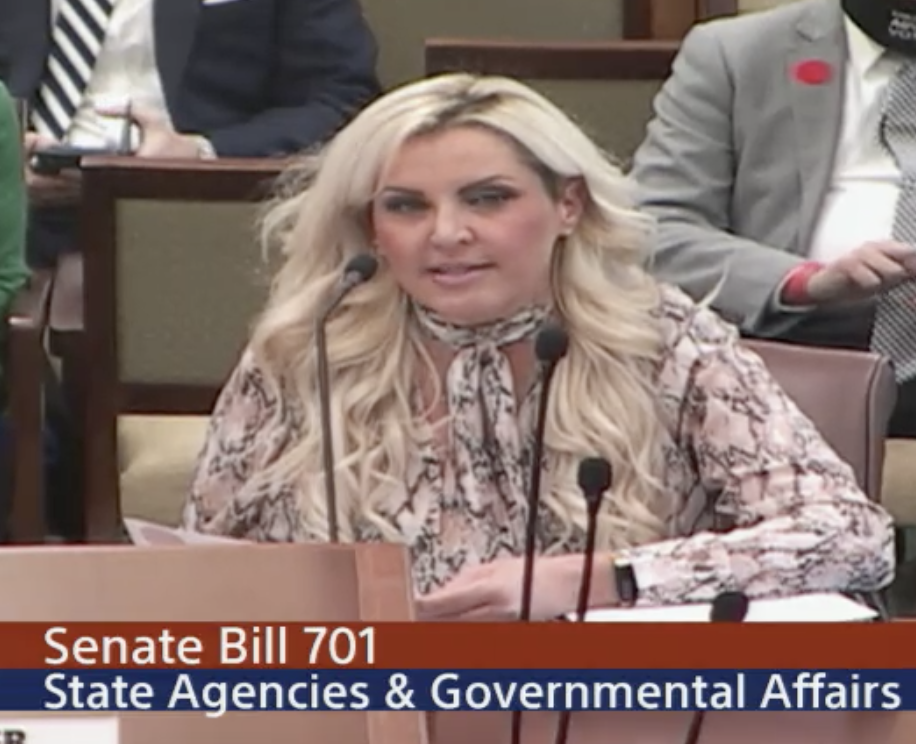 KRISTI STAHR: Object of her unhappiness is back working in an election.

A couple of Republicans,  Kristi Stahr and Evelyn Gomez, took control of the commission in a heavy-handed way a few years back. Controversy followed. Among other episodes, the ACLU has sued on Haas’ behalf in federal court because the commission (Gomez was gone by then), at Chair Stahr’s urging, refused to appoint him to an election job in the September 2021 special Little Rock tax election. His lawsuit contends this was a First Amendment violation and is pending in federal court. Said the ACLU at the time:

The lawsuit alleges Haas was denied the appointed position after a Board of Election Commissioners meeting where Chairwoman Stahr claimed he was refusing in person and on social media to follow Arkansas’s photo I.D. requirement as an election official.

“I previously challenged Arkansas’s voter-identification laws requiring photo I.D. in court, because I believed the laws were unconstitutional and bad policy,” said Barry Haas. “Contrary to Chairwoman Stahr’s false claims, I have always upheld all election laws, never said I would refuse to follow the law and I do not maintain any social media accounts.”

The good news is that Stahr and Gomez no longer serve on the Commission, where they were in the middle of near-perpetual friction. Stahr IS on social media (though she blocks me).  She left a state job recently and now identifies herself on Twitter as communications special projects manager for the Foundation for Government Accountability. It describes itself as nonpartisan but its work includes blasts at President Biden. It also claims to promote “election integrity.” For example, a recent op-ed says Biden’s push for voter registration and greater voter participation “… may sound benign. It isn’t, and it may conceal an abuse of power.”

Republicans, by law, still control all the election commissions in Arkansas. But they already controlled the Pulaski commission before Stahr and Gomez came along, without the accompanying drama. Perhaps Wednesday’s hiring of Haas signals a return to more normal times. David Scott, chair (who supported Stahr’s motion to not hire Haas), and Michael Massucco are the two Republican commissioners. The Democratic seat is vacant after Susan Inman’s recent resignation for health reasons. Melinda Lemons is the head of the commission staff, succeeding others who were embroiled in some of the Stahr-Gomez era controversies.

Haas will work as an absentee ballot clerk, beginning a week before the May 24 primary.