An independent expenditure political action committee backed by $321,000 from George Soros, the Republican-hated billionaire, was been established in Arkansas.

The Arkansas Justice and Public Safety PAC, according to its most recent filing, had spent about $100,000 on research, polling and consulting work. But it began airing ads on seven Little Rock stations yesterday (a buy of $40,000 according to a source of mine) that target the race for prosecuting attorney in the Sixth Judicial District (Pulaski and Perry counties).

Whitney Tymas, an employee of the Black Women Forward Action Fund, is listed as director of the PAC.

Whitney Tymas is a left-leaning lawyer and political activist who advocates for radical criminal justice reforms. [1] She is the president and treasurer of the Justice and Safety PAC, a collection of more than 20 similarly named political action committees (PACs) at the federal and state levels for the purpose of supporting left-leaning district attorneys. [2] [3]

Tymas has previously commented that African Americans remain “unfree” and claimed “racial injustice” is ever present and underpins American history. [4] Tymas has also commented how Justice and Safety PACs are “leveling the playing field” in prosecutors’ races across the country because local prosecutors’ offices hold the power to curtail police abuses of power. [5] [6]

Previously, Tymas was the director of the prosecution and racial justice program at the left-of-center Vera Institute of Justice and senior attorney for the National District Attorneys Association. [7]

Prosecuting attorneys, who run as non-partisans, are on the ballot along with judges in the May primary. 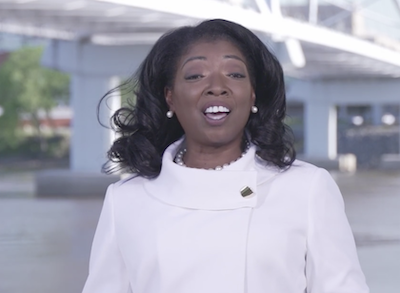 The PAC money has surfaced in at least one race, for Pulaski prosecutor. A  public defender, Alicia Walton, who is a Black woman, is running for the seat to be vacated by the retiring Larry Jegley. Her opponent is Will Jones, a deputy prosecutor in Jefferson County.  In an interview with Wesley Brown of Black Consumer News, she said:

“I have not only worked extensively within the criminal justice system, but I have also been a crime victim,” said Walton. “With that experience in mind, I will work to empower victims, dismantle the school-to-prison pipeline, provide a pathway for offenders to seek redemption, and provide more diversionary programs for those with mental health and substance abuse challenges. It is time for the criminal justice system to work for all of us.”

Independent spending cannot coordinate with or contribute to campaigns, but on review of the rules, I was wrong in saying they cannot directly advocate for a candidate. I haven’t heard the ads running in this race yet, but someone who has heard them said they advocate her election and describe her as someone who’d be  tough on crime but also promote diversion programs.

UPDATE: Republicans are thrilled at the arrival of Soros, an all-purpose tool to mount an unsupported blast of Walton. 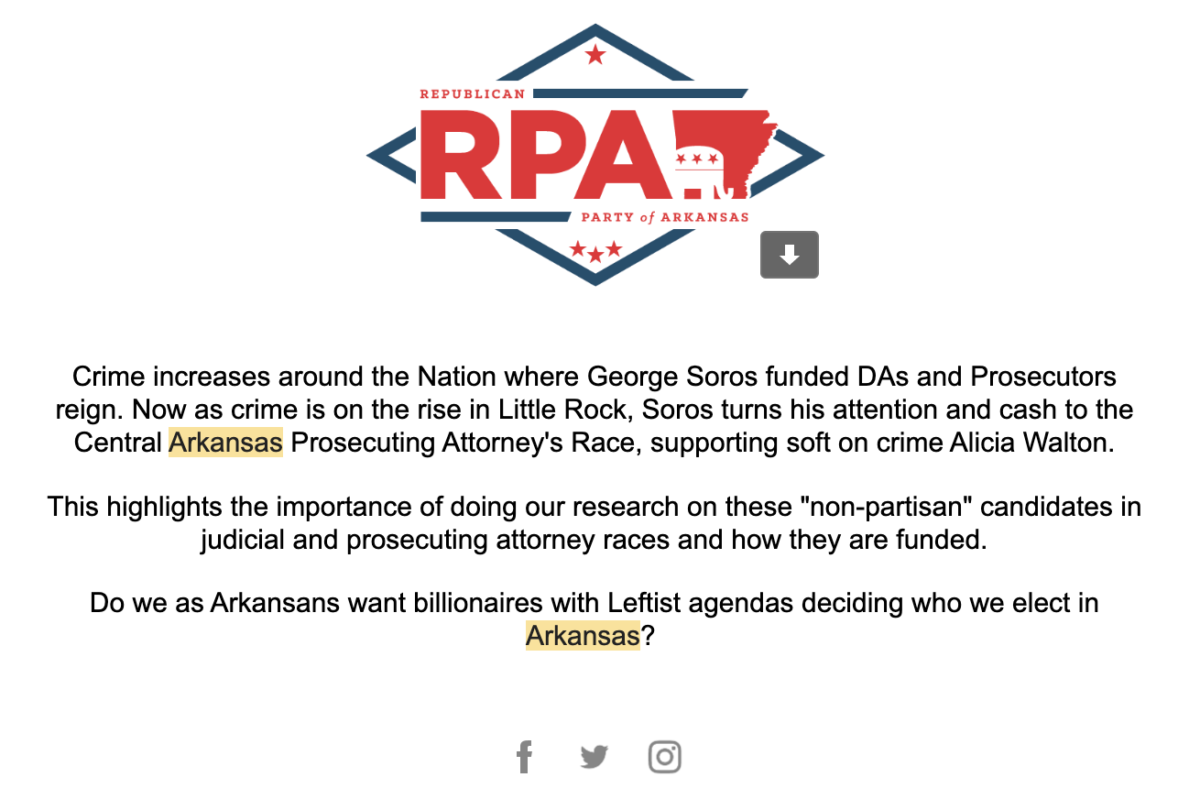 And then along comes Missin’ Griffin to endorse Walton’s opponent. That might be a gift to Walton, give Griffin’s poor record with Pulaski County voters. A loser in the county every time he runs, including both races for lieutenant governor.

What can you do? Vote for Will Jones & donate: https://t.co/IaUZfKzTFE pic.twitter.com/2xAdZ1V4q9