This memo distributed to the Little Rock City Board Friday provides some clues about the causes of a deterioration in city parks. Of course, there’s also the closure of a couple of golf courses since 2017. But that’s a whopping reduction in staffing. 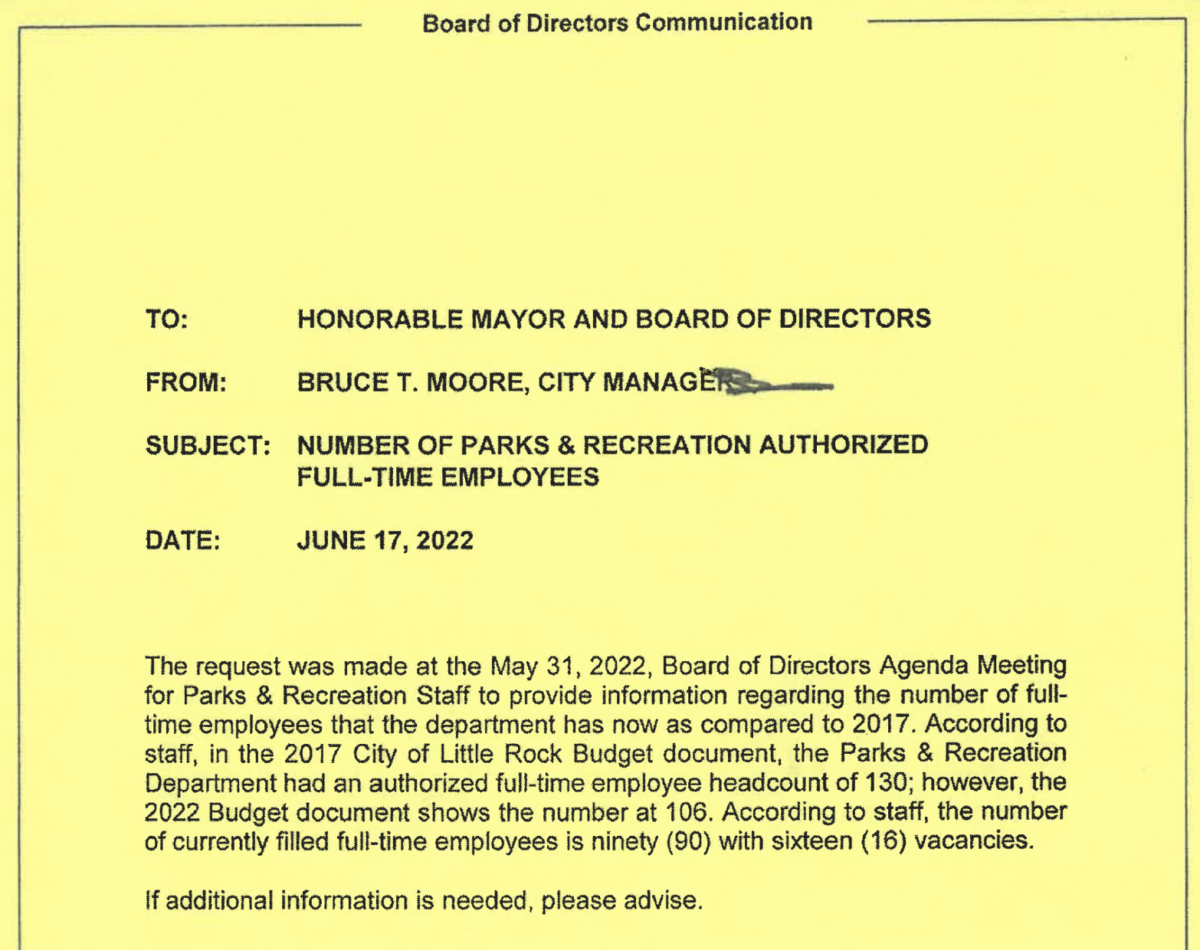 I favor more spending on parks and less on, among others, the real estate speculation/corporate welfare millions city leaders want to send to the Little Rock Port.

Also in the Board’s mailbox this week is an explanation of the city’s decision to take over maintenance of U.S. Highway 70 (University Avenue) between Col. Glenn and Interstate 30. That’s a busy stretch of four-lane that could require costly work in the years ahead. This is part of a deal by which the city is getting an agreement from the Arkansas Department of Transportation to share with the cities of Little Rock and North Little Rock the cost of relocating a portion of the River Rail streetcar downtown. Why is it being relocated? Because of the state’s ill-advised big freeway ditch project to widen Interstate 30 downtown. Without this deal, the cities would be solely responsible for fixing what the state tore up to build a wider speedway to the suburbs.