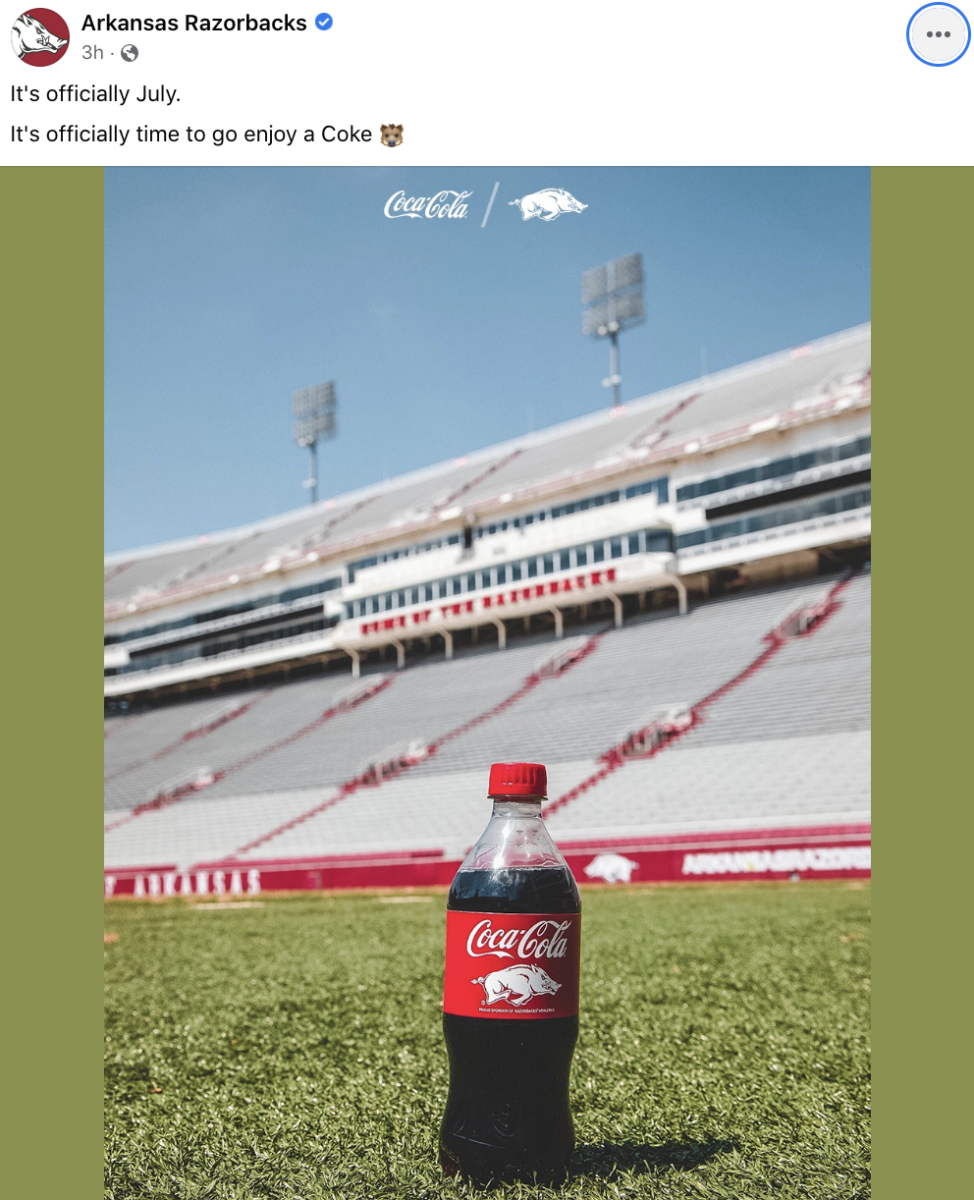 Coca-Cola returns today as the exclusive beverage provider on the campus of the University of Arkansas at Fayetteville, but it comes with continued stonewalling of the terms of the 10-year deal.

I still have pending an FOI request for the Coke-UA contract, but the forecast for bright sunshine on this piece of public business is poor

As I reported before, the UA refused a previous request to see the contract saying it was in “draft” form and subject to change. There’s no exception for “drafts” under the FOI, I responded. So I got something, redacted of all relevant information. For comparison purposes, I requested a copy of the expiring Pepsi contract. I got a contract thoroughly redacted of every salient piece of information. Again the UA invoked, as it often does, language in the FOI about “competitive disadvantage” to prevent release of public information. Who would be disadvantaged by revealing terms of an expired contract with a public agency? Who would be disadvantaged by revealing terms of a completed contract with a public agency? Bidding is over. What kind of oversight is possible under such secrecy? Under this theory, the UA need not release the terms of its purchase orders for copy paper, floor wax or frozen french fries.

The refusal to provide the old Pepsi contract was particularly mind-boggling because the university REVEALED THE TERMS when it was signed in 2012. The UA announced that the 10-year sponsorship deal was worth $19.8 million in sponsorship money, more than half going to the Athletic Department. That information was redacted in the contract I was sent. Things have changed since 2012, for the worse.

John Diamond was the UA information chief who released the terms of the Pepsi contract. You remember John Diamond, don’t you? He was fired by Chancellor David Gearhart in 2013 for speaking before legislators about a “culture of secrecy” surrounding financial documents on the Fayetteville campus. Diamond wrote a book about it, “Please Delete,” and went on to win awards for improving higher education and government relations in Maine. It seems nobody at Fayetteville intends to get Diamonded when faced with a choice between public accountability and UA secrecy.

Update: The latest runaround from UA

In response to your June 30, 2022 emailed request, the University does not have at this time an executed agreement with Coca-Cola.  Thank you for your understanding and continued patience.