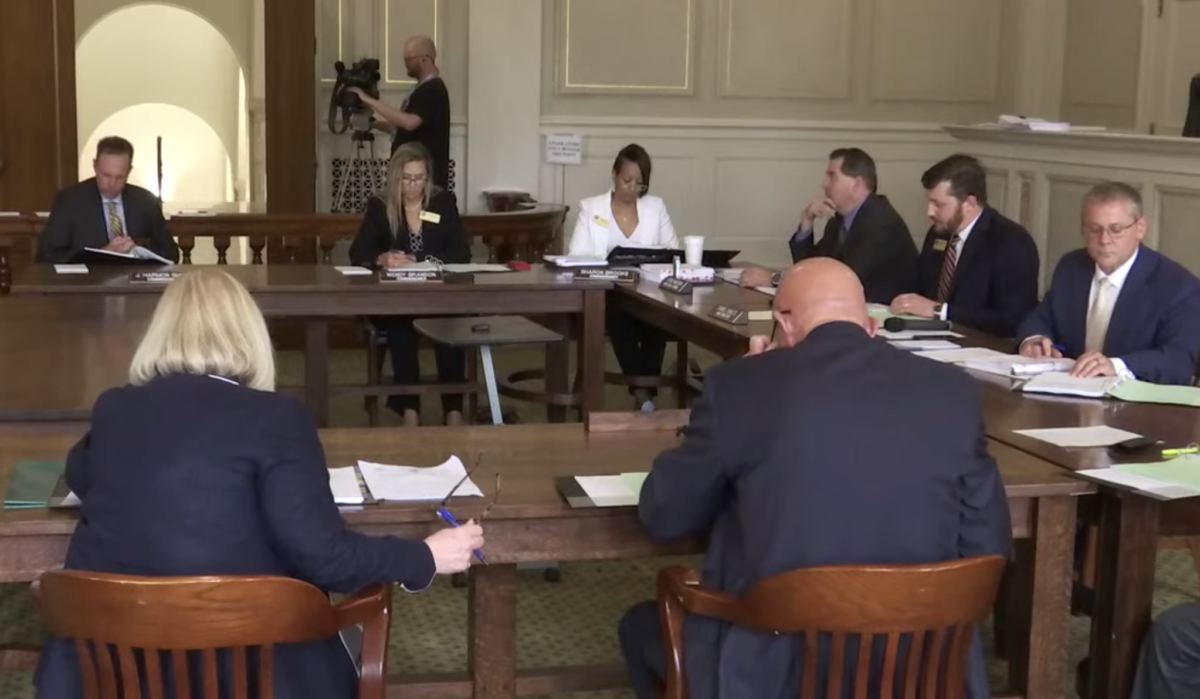 STATE BOARD OF ELECTION COMMISSIONERS: They gave a thumbs down to marijuana amendment.

The state Board of Election Commissioners voted unanimously today not to certify the proposed amendment to legalize marijuana for adult use in Arkansas.

The decision can be appealed to the Arkansas Supreme Court. The law says:

The Supreme Court shall act expeditiously to review the sufficiency of the signatures or the certification of the ballot title or popular name in a timely manner and shall make every effort to reach a decision in advance of the election at which the proposed measure would be considered.

Griffin Coop will be bringing more details soon and the next steps for the committee pushing the amendment.

FYI: Members of the commission:

All are appointees of the Republican Party or a Republican politician except for Smith, a designee of the Democratic Party.

Barring a successful appeal to the state Supreme Court, the Arkansas Adult Use Cannabis Amendment sponsored by Responsible Growth Arkansas will not appear on the November ballot.

Steve Lancaster, counsel for Responsible Growth, spoke in support of the measure during the state Board of Election Commissioners’ afternoon meeting at the state capitol, outlining the state Supreme Court’s standards for ballot titles. Lancaster said a ballot title is not required to include or explain every detail of the amendment.

No one spoke in opposition.

After Lancaster’s presentation, commissioner Bilenda Harris-Ritter questioned Lancaster on the amendment’s provision that individuals with less than 5% ownership in a marijuana business would not be required to undergo a background check. Harris-Ritter, appointed to the commission as the Republican Party designee in 2018, asked Lancaster if it would be possible for a group of people to own a dispensary without any of them having a background check if none of them own more than 5% of the business. Lancaster said it would be possible but “very speculative.”

Harris-Ritter also took issue with the ballot title not stating that the amendment would repeal the 10 mg cap on THC content in edibles.

Commissioner Jamie Clemmer, appointed to the commission by Governor Hutchinson last year, also focused on the repeal of the 10 mg THC cap for edibles.

“That is omitting something in my mind is pretty important,” Clemmer said.

Lancaster said that level of detail is not required for a sufficient ballot title.

Commissioner James Harmon Smith III, the Democratic Party designee, said he was also concerned about repealing the 10 mg limit and didn’t think it was clear if the Alcoholic Beverage Control Division could impose a new limit.

“That’s the only problem I saw with this at all, but I think that may be a fairly big problem,” Smith said.

Harris-Ritter made the motion not to certify the ballot title.

“I’m very mindful of the fact that they can’t put absolutely everything in here, but I think that’s significant,” Harris-Ritter said.

After the vote, the board also voted not to certify the ballot title of an amendment concerning a casino in Pope County.

The Board of Election Commissioners has considered the certification of ballot titles four times before today, certifying two ballot titles and rejecting two.

In 2019, the board certified an amendment by Safe Surgery Arkansas concerning the scope of practice of optometrists. The amendment was rejected by Secretary of State John Thurston due to an issue regarding signatures and Act 376. After a number of lawsuits and hearings, the state Supreme Court did not require the issue be put on the ballot.

In 2020, the board considered three amendments. The board approved an amendment regarding the drawing of legislative districts, but rejected amendments concerning ranked-choice voting and the addition of 16 casinos to the state.

Thurston ruled against all three amendments because of problems related to the signature-gathering process.

Each amendment was appealed to the state Supreme Court, where Act 376 says the sponsor of the petition and any registered voter can appeal the ruling.

The Supreme Court ruled against the groups pushing amendments on redistricting and ranked-choice voting. The group pushing the casino amendment appealed to the Supreme Court but gave up the fight before a hearing was set to take place before a special master.

Responsible Growth has raised $3.26 million, mostly from five of the state’s cultivators, and spent $3.03 million, according to financial records.