The end of guaranteed abortion rights will affect people who can get pregnant nationwide, in some places more than others. In Arkansas, with abortions now banned almost completely with no exception for rape or incest, the law stipulates abortion is legal only to save the life of the mother. In the state that reliably languishes among the worst for maternal mortality in the nation, health experts predict a grim picture for pregnant Black people in Arkansas.

Arkansas’s abortion ban will likely have a greater impact on Black women, said Gloria Richard-Davis, a reproductive endocrinologist and infertility specialist for the University of Arkansas for Medical Sciences. 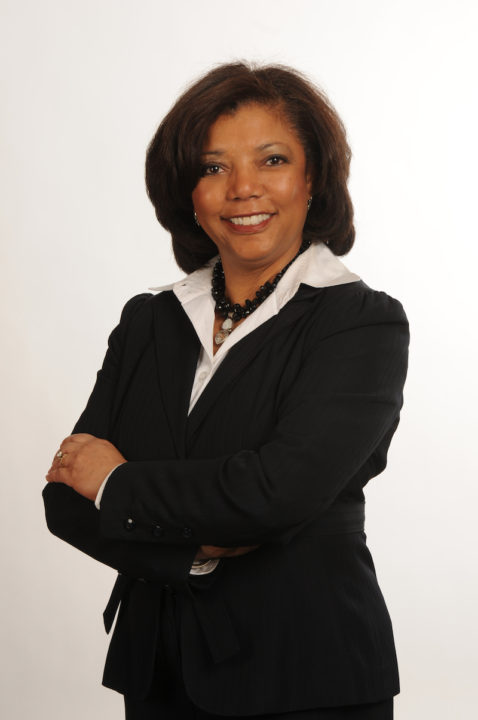 HIGHER RISK: Gloria Richard-Davis, a reproductive endocrinologist and infertility specialist for the University of Arkansas for Medical Sciences.

“When we look at Black women and pregnancy, period, we’re at a higher risk,” Richard-Davis said. “So, if you take away an option, and women who didn’t plan a pregnancy, or they have complications … all of those things will contribute to our increase in morbidity and mortality.”

Black women are three to four times more likely to die a pregnancy-related death, according to a 2022 report from the Arkansas Advocates for Children and Families. And Black infants are twice as likely to die within their first year of life, compared to white infants.

“If we’re not addressing some of the underlying factors that are impacting Black women’s health, then they’re just going to persist,” said CaSandra Glover, author of the report. “If more women are going to be in a predicament where they’re going to have to give birth, this will just exacerbate those outcomes that are already trending negatively for Black women and other women of color.” 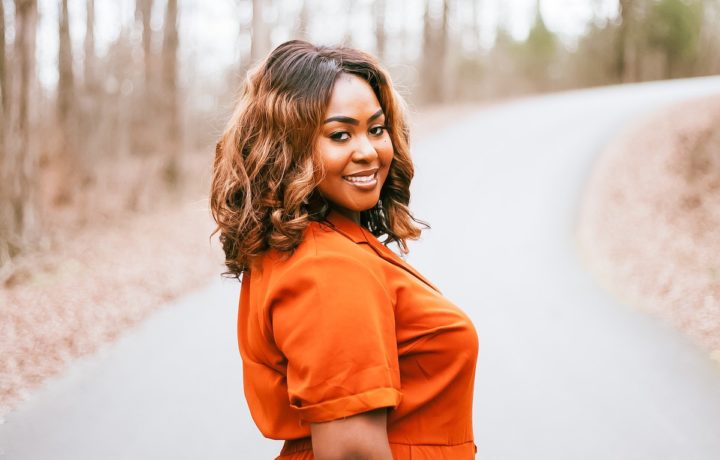 UNDERLYING FACTORS: CaSandra Glover is the health policy analyst for Arkansas Advocates for Children and Families.

At Ujima Maternity Network, a Conway-based nonprofit founded in 2018, sustaining Black women and their babies through healthy pregnancies and births is the goal.

“We specialize in women who are currently pregnant and fearful that their life might end because they’re pregnant,” Ujima Board President Nicolle Fletcher said. “I’m a Black mother, and I want to live.”

The group is relatively new, but growing. “I know we are the only organization founded and dominated by Black women, Black birth workers and professionals, as well as Black mothers,” Fletcher said.

Stances on abortion access vary among the board members, doulas, apprentice midwives and other providers who make up Ujima’s network of caregivers and advocates. Fletcher places herself on the right-hand side of the spectrum. Regardless, the trigger law banning abortion in Arkansas means more women will be having babies, and facing the health risks that pregnancy and childbirth entail.

Lack of money or insurance and a shortage of health care providers in rural areas are some of the numerous barriers keeping Black women from getting adequate pregnancy-related care. These factors are called social determinants of health. Compounded with the limited options available for unplanned pregnancies, they will likely contribute to an increased mortality rate among minority women in Arkansas, Richard-Davis said. 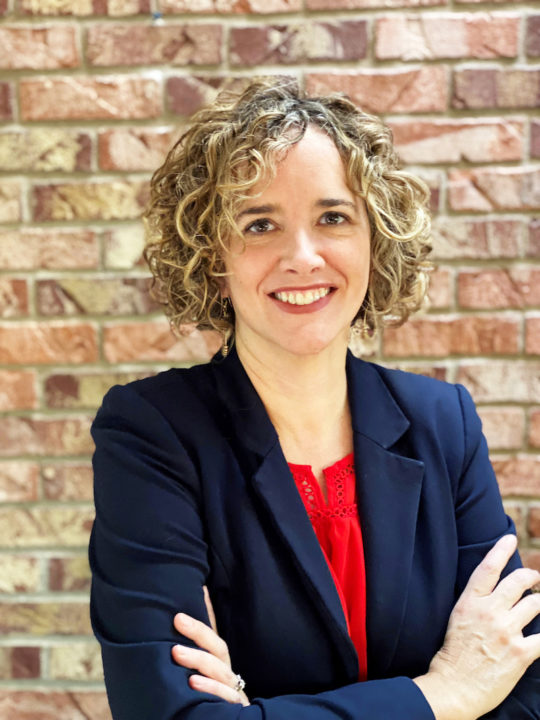 EMERGENCY: Laura Kellems stands as the Northwest Arkansas director of Arkansas Advocates for Children and Families.

“In Arkansas, Black women’s health and maternal mortality was already an emergency that we should have been addressing long ago,” said Laura Kellams, Northwest Arkansas director of Arkansas Advocates for Children and Families. “[The abortion ban] will just make it more dangerous because people without the resources will be giving birth who may not have otherwise.”

Without the protection of Roe v. Wade, many Arkansas residents will likely choose to travel out of state for care. With bans in most of the Southern states, the nearest operational clinics are hundreds of miles away. Factor in travel, hotels, missed work shifts and child care costs, and it’s easy to understand why seeking an abortion outside the state is unrealistic for low-income and underserved communities.

As more people carry children, Richard-Davis said, one of the most important things to do is to seek care as soon as possible. Because Black women are at a higher risk for pre-existing health conditions such as heart disease, diabetes and high blood pressure, they face a higher risk for pregnancy complications. The risks do not end after delivery, Richard-Davis said.

“If we are able to optimize women’s health, pre-conception, then we can improve on the outcomes for the mother and the baby,” she said. “Preventive care is critical. But in order to do that, there needs to be access and culturally competent care.”

“It really underscores the issue that women who are even within the health care system feel like their voices aren’t heard,” Richard-Davis said. “They may bring up a problem and it gets dismissed. They know their bodies better than anyone else.”

Increasing diversity among medical professionals is a key component to providing a safer environment for people of color, she said.

‘You don’t always have to be strong, you can set boundaries’ 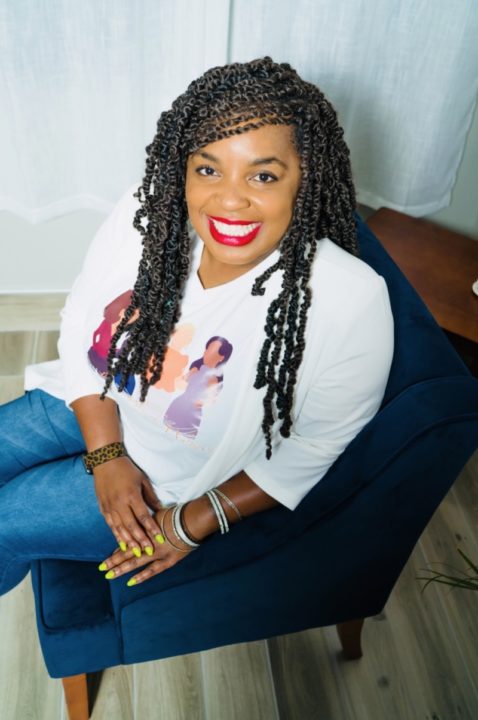 FACING STEREOTYPES: Deneshia Simpson is a co-founder of Resilient Black Women, an organization with the goal of increasing culturally competent care for Black women in Northwest Arkansas.

“There is that stereotype of, ‘We don’t share things outside of the home, or we rely on our faith,’ because dating back to slavery, that’s what we had,” said Deneshia Simpson, counselor and co-founder of Resilient Black Women, a nonprofit that prioritizes mental health resources for minority women in Northwest Arkansas.

A lack of diversity in existing psychiatric settings can also bring feelings of loneliness and dismissal, she said. Ultimately, having a therapist who will go to lengths to understand their client is best, regardless of any demographic. Still, Black women may question what level of understanding they can receive when they communicate race-specific issues with a white therapist.

“A lot of people in our field have said things like, ‘It’s like death by 1,000 papercuts,’ ” counselor and Resilient Black Women co-founder Joi McGowan said. “There is never really a moment to heal and recover. I don’t actually get an opportunity to stop being Black. I’m always a Black woman, no matter what room I go into. Either I’m the only Black woman, or I’m one of few. That’s a lot. That’s difficult.” 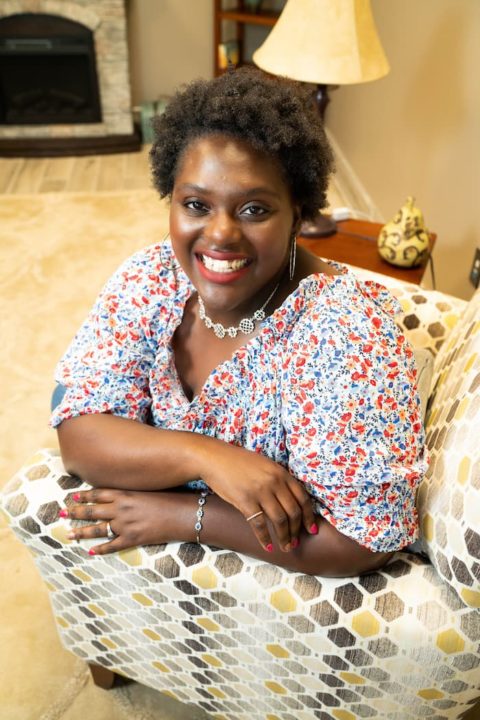 These experiences also lead women to question if they’re being too dramatic, or if they should follow the trope of a “strong Black woman,” McGowan said. “We want to tell women, ‘You don’t always have to be strong, you can set boundaries.’ ”