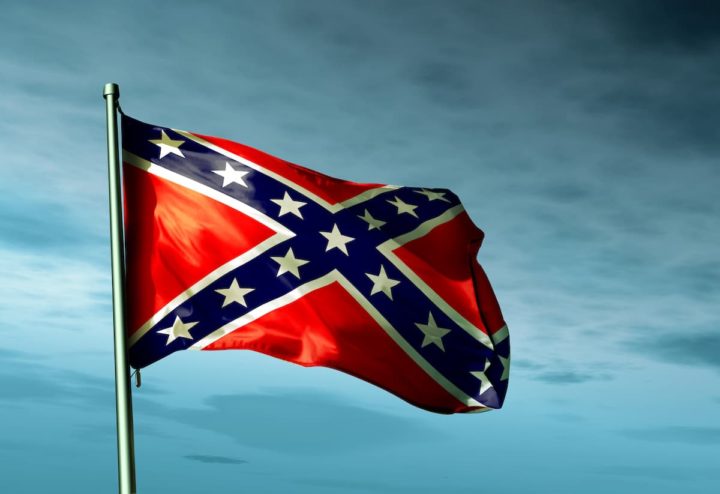 Some would say Arkansas history prevailed. But no, racism triumphed over patriotism and common decency during a meeting of the Arkansas History Commission today.

A divided commission ultimately rejected the city of Fort Smith’s request for a waiver to replace a former Riverfront Park exhibit of flags, including French and Spanish flags and a Confederate one, with our nation’s flag and those of our military. The exhibit was removed in 2020, the year before legislators enacted a state law requiring a waiver to remove historic monuments or memorials — one clearly aimed at protecting Confederate relics.

Not a single Black person was in sight on the meeting’s Zoom link, but there were plenty of white men, including state Sen. Mark Johnson, a Republican, and a couple others who made speeches that should anger anyone who doesn’t take joy in the Confederacy and the slavery it fought and killed to save.

With just four members present, the vote was 2 against the waiver, one for it and one abstention.

The flags in the former display were tattered and removed, and the city’s attorney, Colby Roe, said they couldn’t find the same specific type of Confederate flag at the time. Roe said the city wanted to donate the aging flags to a museum and replace them with the U.S. flag and our military’s flags. The old flag exhibit has not been re-erected, and I rather doubt anyone is weeping over the missing Spanish and French flags.

Fort Smith City Administrator Carl Geffken said that the display had been emotionally troubling for some people and that some feared it might be “potentially provocative.”

Guest speaker Phillip Alan Thompson volunteered an eye-rolling comment when he declared, “This is not the Taliban … tearing everything down that offends them.” He even suggested legal charges be brought against Fort Smith government leaders trying to replace the exhibit.

Last year, a judge ordered the city to file a request for a waiver to determine the disposition of the display. Until the commission rules, the city was prohibited from “destroying, selling, transferring, conveying, moving, or otherwise disposing of” any part of the display, The Associated Press reported.

Johnson complained that “bad things happen,” adding, “but we can’t make the law  retroactive.” It seems as if that’s just what the politicians wanting the Confederate flag flying in Fort Smith want to do. He contended the flags must be re-erected under the law, even though they were removed before the law took effect.

Johnson also complained of people who “want to rewrite history.” Funny, that’s exactly what the right wing wants to do when it comes to teaching our children the truth about our nation’s slavery-bolstered past.