One man’s 10-year project to return native plants to his acreage in the new Foxwood subdivision of Jacksonville has run up against neighborhood aesthetics — and an amenable City Council — in favor of wide swaths of green grass. Now, Frank Swift Jr. is asking a Pulaski County Circuit Court to define his native forbs and flowers as cultivated plants, rather than “noxious” weeds requiring mowing.

Swift Jr., 74, a retired lawyer for the U.S. Army Corps of Engineers, bought the property, five and a half acres of land near Holland Bottoms, 12 years ago. At the time, Jacksonville law exempted property five acres or more from its nuisance law on mowing, which limits grass height to 8 inches. Swift wanted his grandson, who with his mother and father live with Swift, to grow up “surrounded by nature.”

He began removing invasive species and planting native Arkansas grasses and trees on a section of the property beside his new home. Swift built a pond with a trail to it in the rear.  In June, botanists with the Arkansas Master Naturalists recorded 70 species in the meadow, including such blooming natives as yellow coneflower, the clasping Venus’s looking-glass bellflower, tall goldenrod, winged sumac, buttercup, swamp verbena and muscadine, in addition to oaks, pines and maples.

The yard in front of the Swift home is landscaped with lawn, shrubs and flowers; the meadow acts as a buffer between the Swift house and a parcel to the north on Hunters Chase Court. (The street name reflects the fact that hunters own and hunt on the privately owned bottomland floodplain in the back of the homes. That property abuts the Holland Bottoms State Wildlife Management Area.)

Swift has always maintained an 8- to 10-foot mowed strip between the street and the meadow and along the sides. “We don’t want it to appear as just an un-mowed field,” he said. 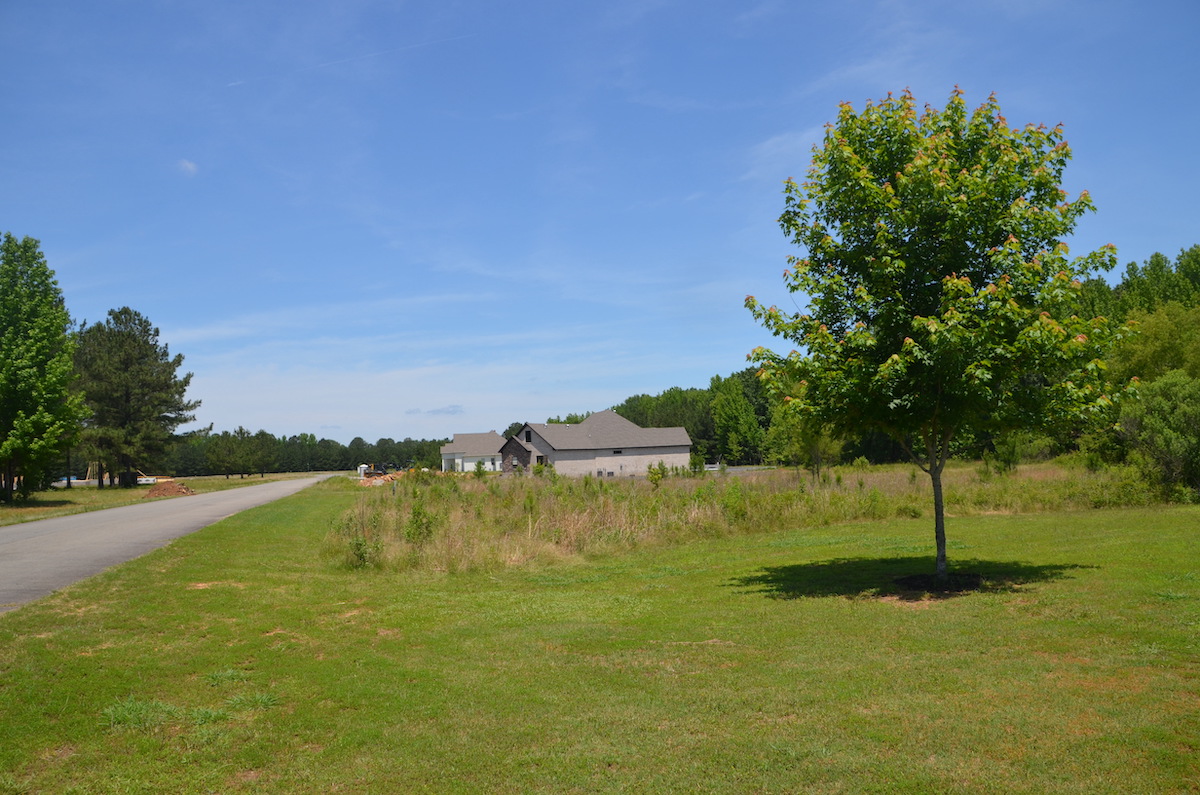 THE BARRIER: A mowed strip separates the property and the road.

But neighbor Bart Gray Jr., who built on Hunters Chase a couple of years ago, told the City Council at its May 19 meeting he thought the lawn should be cut back to a tree line, leaving two acres in back for Swift’s natural area at the rear, and the meadow mown to make the property resemble the grassy lawns of the other homes in the development.

The June meeting followed months of what Swift called a “comedy of errors” in city dealings.

In February, Jacksonville code enforcement officers cited Swift for the tall grasses in his yard, which are interspersed between young pine trees. However, according to Swift, the citation referenced the wrong city code section. Code enforcement issued an amended citation March 1 under code 8.01.078, which said Swift could appeal to the city engineering department. The city attorney intervened, Swift said, and instructed him to appeal to the board of adjustment instead.

Swift then contacted the Arkansas Game and Fish Commission to see if his meadow qualified for an exemption under the agency’s backyard habitat program, but Game and Fish, while saying it would qualify, has suspended the program.

In April, the Jacksonville City Council amended 8.01.078 to remove its exemption for lots over five acres, and on May 13, the city cited Swift again.

In June, Swift said, the city told him he needed to seek a code variance, and posted a sign on his property that a variance was being sought. However, when he appeared before the board in July, the board said he was in violation of code and gave him a deadline.

Swift filed a motion in Pulaski Circuit Court for a temporary restraining order, but no hearing could be set before the deadline was to pass. Rather than let the city mow, Swift got his grandson to do selective cutting — just enough to satisfy the city’s order — to preserve as many plants as possible. He went so far as to remove milkweed, which butterflies need, to pots for later replanting.

The restraining order was granted and extended until Sept. 21, when a hearing on the merits of the case will be heard in Circuit Judge Patricia Ann James’ court. Swift’s attorney, Christopher Travis, said he will argue in court that the nuisance code does not apply to Swift’s meadow. The code prohibits “noxious plants, weeds, plant growth, undergrowth and/or vegetation” over 8 inches high. Cultivated and landscaped areas are exempted.

Though Swift has mowed, Travis said they want the court to declare that the meadow does not fall under Jacksonville code because it is cultivated, and native plants are not “noxious.” If the court were to rule that the meadow should be exempted, Swift could again let flowers and grass grow among the trees in the area past the mowed 10-foot border he maintains.

The city’s decision to cite Swift’s meadow 10 years into its development and amend its code to end the five-acre exemption seems “pretty coincidental” to Travis, he said.

Along with Swift, Gray and Gray’s nephew Daniel Gray spoke on the issue before the city council in May. Daniel Gray, who at the time was building in the subdivision, said he believed the reason code enforcement checked on the neighborhood was because he’d run into retired police chief Larry Hibbs at a restaurant and mentioned it to him. He denied he was making an end-run around the Foxwood Estates Improvement District, which had previously tabled discussion on Swift’s mowing.

Bart Gray, a retired realtor, said in a phone interview that the Swift meadow was not, in his opinion, suitable for a street-facing yard. He noted the protected area behind the homes, which he said offers plenty of habitat for deer, birds and other wildlife, and said that should be enough to offer residents the benefits of nature. Everyone else on the street mows to the front house line and “most are clearing back to the wood line,” he said.

The meadow is “better than it was,” thanks to the selective cutting Swift has done to appease the city, Gray said. But, he added, “I think his lot might have better eye appeal” if he would cut his meadow to resemble the lawns of his neighbors. 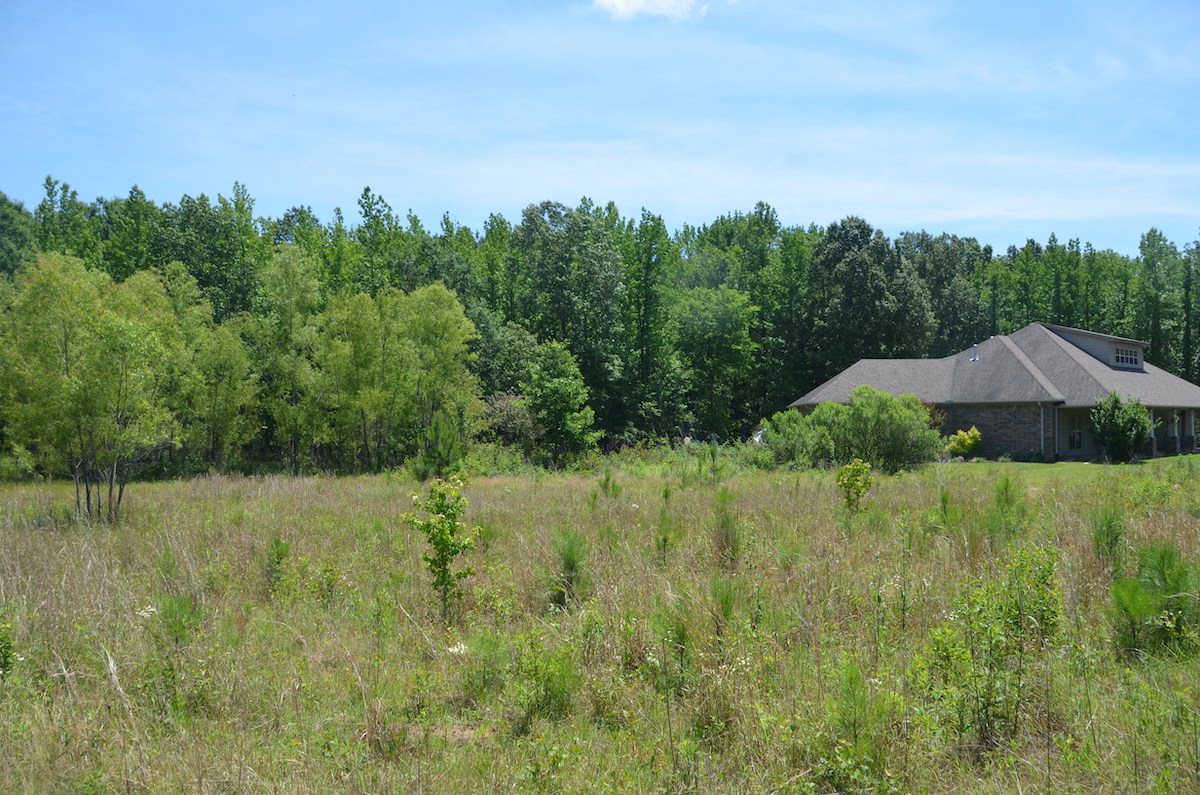 The acres of green monoculture like those in Foxwood and other neighborhoods across the country have been the subject of numerous articles in the past several years warning of the damage to the environment that lawns present. Problems include chemical fertilizer and herbicide runoff, emissions from gas-powered lawn mowers and leaf blowers (which, according to The New York Times, account for 5 percent of the nation’s toxic carbon monoxide emissions), and the excessive water needed to keep a lawn green. Lawns offer nothing in the way of food to pollinating insects, birds and other creatures. In fact, fertilizers have been cited as the reason for infertility in pollinator populations. American homeowners dump 3 million tons of the stuff on their lawns, the Garden Club of America says.

That’s not just bad for animals, but humans: Fertilizer ingredients can alter the human endocrine system, a disruption linked to diabetes, cancer and other ailments. As Margaret Renkl wrote in a 2020 article in The New York Times, “So many people have invested so completely in the chemical control of the outdoors that every subdivision in this country might as well be declared a Superfund site.”

In the editorial video “How to Fall Out of Love with Your Lawn” by Agnes Walton and Kirby Ferguson, The New York Times said we grow more grass than any other crop in America; the water used to maintain that sweep of green could fill more than 5 million Olympic swimming pools. That puts our Western farmers, suffering the greatest drought in a millennium, in competition with suburbia for the water needed to grow food.

The New York Times opinion piece notes how pervasive grass height codes like Jacksonville’s have become across the U.S. Its writers say cities should acknowledge the deleterious effects lawns have on climate and animals and rewrite laws to encourage a move away from lawns.

Pulaski Circuit Court will have this issue before it: Are sustainable, environmentally beneficial native plants noxious? If the court agrees they are not noxious and Swift’s native habitat can stay put, the ruling could be significant for others arguing against unnatural lawn monocultures.