Everyone loves the glitzy party pics from the Arkansas Black Hall of Fame gala, a black-tie affair that comes around the third Saturday of every October, pandemic willing.

Black Hall of Fame Executive Director Charles Stewart likes the glamor as much as anyone (this man knows how to wear a tux). But there’s a reason for all the flash.

Can we ever bestow enough honor on the likes of Oliver Keith Baker, a Black man from Tillar who grew up to chair Yale’s physics department, overseeing that incomprehensible supercollider that so famously detected the Higgs boson, a subatomic bit sometimes called the “God particle”? Inducted into the Arkansas Black Hall of Fame in 2006, Baker joined civil rights pioneer W. Harold Flowers, National Baseball Hall of Famer Lou Brock, Little Rock Mayor Lottie Shackelford and other Black luminaries whose accomplishments secured their place in the state’s and nation’s history.

The annual Black Hall of Fame event is always a big production.

Beyond feting the honorees, these galas yield funds that potentially seed the next generations of Black Hall of Fame inductees. Ticket proceeds and donations pay for the roughly $55,000 in grant money the Arkansas Black Hall of Fame awards every year. The money goes to nonprofits throughout Arkansas that promote education, health, wellness, economic development and strong families. Organizations in 69 of Arkansas’s 75 counties have gotten these grants since the program started in 1992.

Among them is Carter’s Crew in North Little Rock, where founder Amber Govan aims to give children the things she wished she’d had: case management for social services, career readiness, family nights, field trips, a community food pantry. “All the components are based on my lived experience and the supports I needed as a child,” said Govan, who found herself selling drugs to help support the family at age 10.

Launched in 2018, Carter’s Crew has gotten multiple grants from the Arkansas Black Hall of Fame. In 2020, the group got food and household necessities to families struggling financially and logistically in those early days of the pandemic. Now, Carter’s Crew is using grant money to host family nights. Many of the people Carter’s Crew works with come to them from the juvenile court system, and for those young people to succeed, family engagement is important, Govan said. Their monthly family nights include about an hour of education, then an hour of something fun. Last month, for example, participants learned about household budgeting, then played laser tag. About 70 families a month show up for these events, she said. In July her organization got another $5,000 to keep these nights going. 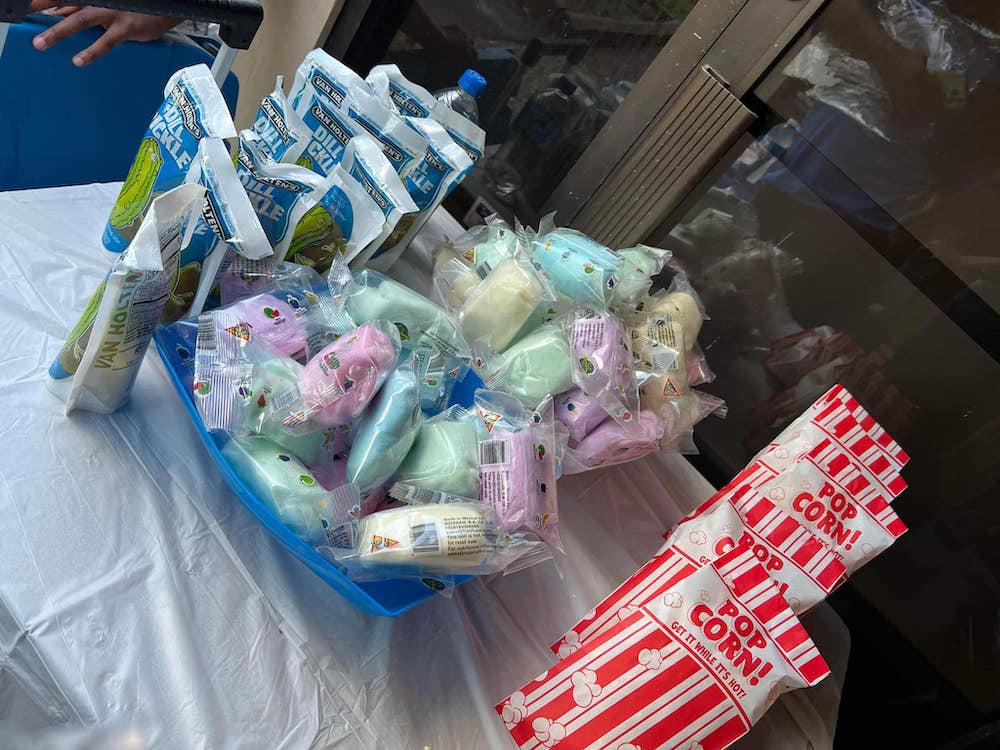 Once the celebrations are over, Stewart will team up with the Arkansas Community Foundation to pool proceeds and donations, then mete them out to grantees. It’s the less glamorous side of the coin, and it takes a lot of effort and hours.

Stewart has stewarded the Arkansas Black Hall of Fame thus far, but is at work on a succession plan to ensure both the parties and the work continue even when he steps away. Part of that plan is in place already, a small endowment to fund a paid staffer. Right now, the organization runs on volunteer hours. “I’ve got sense enough to know nobody’s going to do what I do for free,” Stewart said.

This year’s event is Oct. 15 at the Robinson Performance Hall, and tickets are still available.