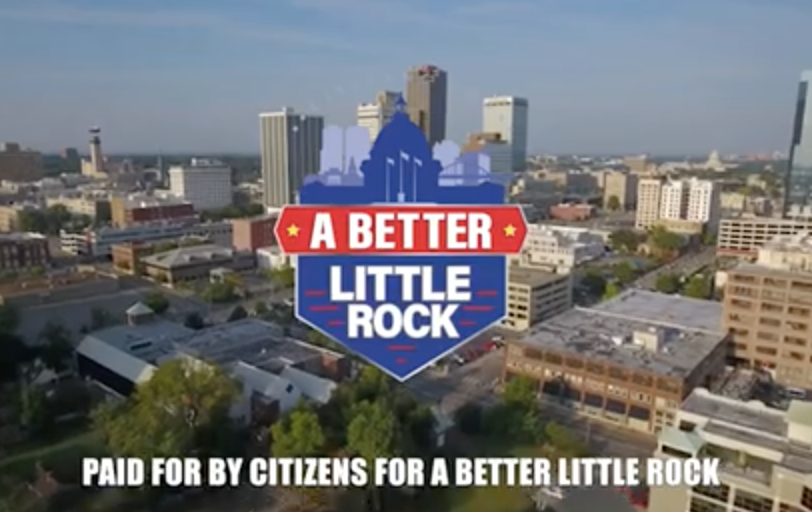 I’ve had my differences with Little Rock Mayor Frank Scott Jr. on transparency — specifically the inability to get public information from City Hall.

But here’s a transparency issue worth watching on the other side of the Little Rock political divide.

I was shown a copy this morning of a 30-second attack ad against Mayor Scott over his expense account spending and the cost of his police security detail. I don’t know if it has been aired anywhere. It was sent to me by Jimmie Cavin, who though a critic of Scott’s spending, tells me he believes the ad is misleading — a “distortion of the facts.” We are going to talk about it later today.

The ad concludes with a frame saying it was paid for by Citizens for a Better Little Rock.

And who are these citizens? A group by that name has a website with a logo similar to the one in the ad I was shown.  It identifies no member, but it indicates a dissatisfaction with the current state of the city:

Little Rock is where we work, play, and raise a family. It’s not just where we live, it’s where we have a life. But there are problems here: crime, too many low paying jobs, wasteful spending of our tax dollars, a lack of recreational areas and crumbling infrastructure.

We are CITIZENS FOR A BETTER LITTLE ROCK and we know that we can do better. That all starts with better city leadership. Our mission is to inform and motivate to that end. We are asking our friends, our relatives and our neighbors to join us. Help us organize, get out our message of needed positive change to reach that goal. But we all have to pitch in to make it happen. Pitch in with our energy, our contributions and our efforts. Together, we can truly build a better Little Rock!

A section for upcoming events lists none.

There is a Twitter account for a group with a similar logo  It was formed in November and mentioned a fund-raiser at the Country Club of Little Rock in its only posted tweet. It lists a single follower, insurance executive Andrew Meadors, who said in  response to an email that he found my question if he knew anything about the group “odd.” 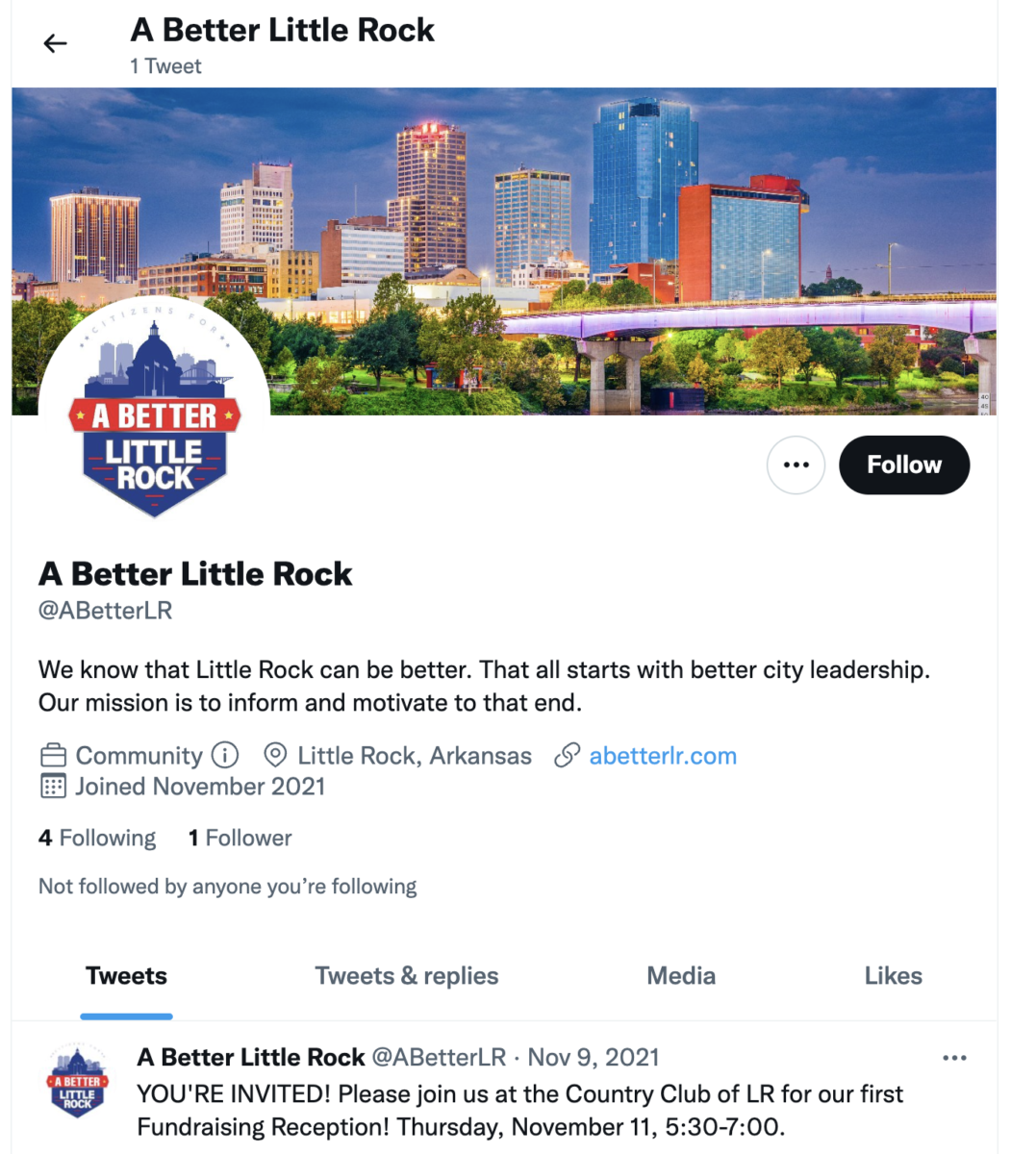 I’ve had no responses as yet to questions sent to the group’s website. It doesn’t appear as an independent expenditure committee on the secretary of state’s website and no organization by that name has filed with the state Ethics Commission. Independent expenditure committees must register after they’ve raised $500, but there’s some haziness on the application of the rule. The definition of an expenditure is money spent “influencing the nomination or election of any candidate.” The rules  further say this means “any expenditure which is not a contribution and expressly advocates the election or defeat of a clearly identified candidate for office.”

The ad attacking Scott, for example, doesn’t expressly advocate his defeat. But it is clearly an attempt to influence the election.

This may be the tip of nothing much. But I’ll be surprised if this campaign doesn’t turn uglier. Anonymous social media accounts already are sniping from every direction and the prospect seems great of the emergence of outside dark money. The mayoral campaigning also will align with at least one race for Board of Directors, where the Scott camp is backing Andrea Lewis’ challenge of Ward 6 Director Doris Wright. Wright has been something of a thorn in the mayor’s side on a board where he’s had difficulty mustering majority support.

A hope for a more unified Little Rock — a promise of the 2018 campaign — seems a longshot. But it would be nice to see full disclosure of all the players, whichever side they may be on.

UPDATE: Cavin told me this afternoon that a Little Rock ad man, Clint Albright, had talked to him about “partnering” with a group interested in the mayor’s race. He said he was not interested. Then, he said, a separate source sent him the 30-second ad. He said it misrepresented his research on Scott’s spending, including by saying an expenditure in Memphis was for a New Year’s Eve dinner (it wasn’t, it was for a staff retreat several days later) and putting the cost for a Washington trip all on Scott when it covered travel by three people.

Cavin said: “they were using stuff I put out and distorting everything.” He said he’d called Albright, who reportedly said he’d change the content of the ad before it aired. I’ve been unable so far to reach Albright. Cavin said Albright had mentioned some supporters of the effort to him, but he said he took those names with a grain of salt.

He said he had no regrets about examining Scott, but “I’m going to do what I’m going to do. I’m not joining them for anything. That’s not what I do.”