At times I felt as if I was at a Trump rally or a 1950s Pentecostal sermon on hellfire and damnation. The truth was worse: I was covering a meeting of the Conway School Board, where it’s cool to ban books and to embarrass an educator publicly.

Ultimately, the board did exactly what everyone expected: It unanimously approved a bathroom ban that could effectively out transgender students, and then voted to remove two books — both about transgender youths — from a school library, despite a committee’s recommendation otherwise.

The worst part of the meeting came when board member Dr. David Naylor Jr. had an educator from the Conway School District’s central office read a passage about sexual abuse from one of the books, “Beyond Magenta: Transgender Teens Speak Out,” aloud before an auditorium full of spectators. Naylor did so knowing full well that she would encounter the word “dick” and told her she could say “d” instead if she wished. To her credit, she chose to read the text as it was. I suspect the soft-spoken educator knew as well as Naylor does that youngsters have known and likely used the word “dick” and far worse for years.

Naylor could have read the passages aloud himself but, of course, didn’t.

The other book, “Felix Ever After,” also about a transgender teen, is recommended by the American Library Association for libraries serving junior high school students. But that clearly didn’t faze the board members, one of whom, Jennifer Cunningham, said she tried but couldn’t finish reading “Beyond Magenta.”  I assume she’s not transgender and can’t identify with the issues trans children already know about and sometimes fear. Dare they learn they’re not alone. 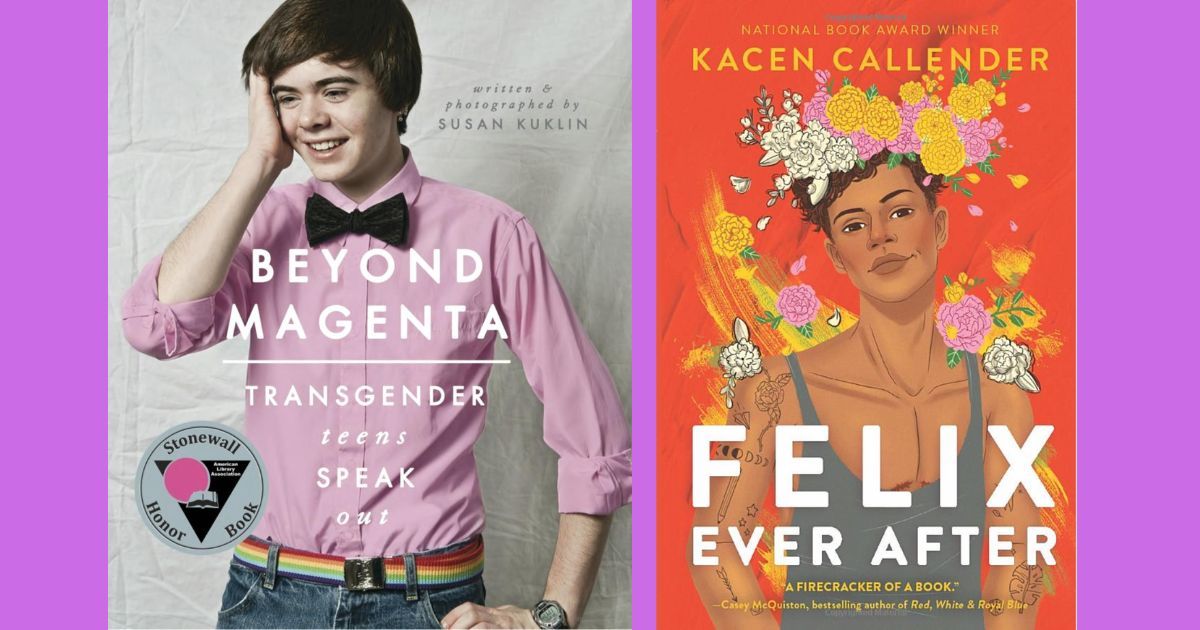 A Conway School District committee said two award-winning books with LGBTQ themes should stay in the library, but school board members banned the books anyway.

The committee whose recommendation was ignored consisted of a principal, a media specialist, a teacher, a parent and a central office administrator.

Naylor observed — correctly — that everyone seemed focused on transgender issues at the meeting. “If this is a heterosexual book, I’m still against it,” he insisted.

Moments earlier, the board voted unanimously to approve two gender-related policies. The school district’s attorney has said he knows of no other school district in Arkansas with such a policy. A lawsuit is likely.

Both policies define sex as the gender on a person’s “original” birth certificate. The policy that has caused more controversy is the one focusing on restrooms, locker rooms and the like. It says students and others are to use rooms intended for the gender assigned at birth. If a person does not wish to comply, the district will provide access to a single occupancy restroom, the policy says.

Speakers from the public tonight ranged from a Baptist preacher (Guess which side he was on) to a man who read extensively from the New Testament book of Romans, specifically chapter one in which the Apostle Paul warns of men burning “in their lust one toward another” and committing “such things” that they “are worthy of death.”

Progressive speakers included a student who pointed out the problems the restroom policy would cause for transgender youths. But then came Cindy Webb of Conway who managed to talk about President Biden, transgender women and the military draft.

The city also managed to spare at least six Conway police vehicles to patrol outside the board meeting, and officers escorted out a handful of young people who dared to chant “Shame!” after the board approved the policies.