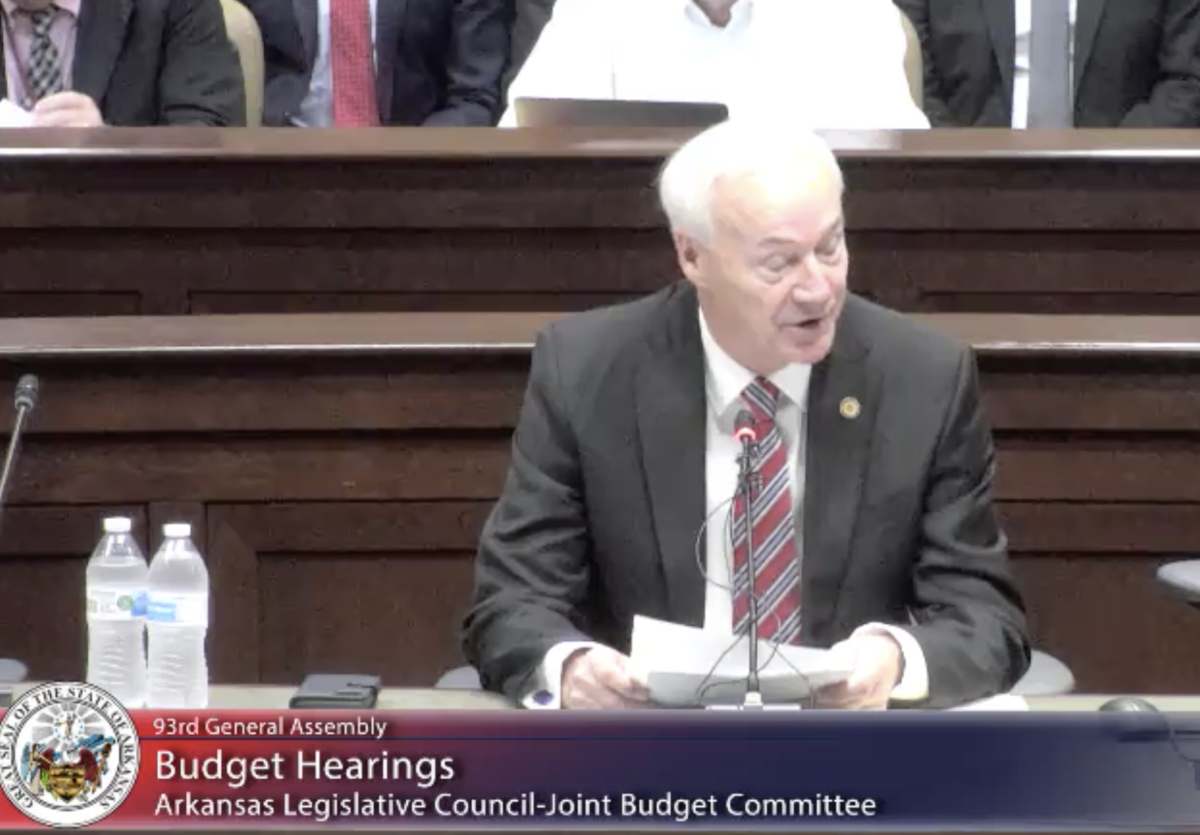 It is, of course, subject to some change under the next governor, Sarah Huckabee Sanders, and some changes in the legislature itself. He touted his record as governor and said, “The state has never been in better financial condition.”

He outlined a proposed increase of more than $500 million in education spending over the next two years, which should pay for teacher pay increases. He outlined a variety of other proposed spending increases for prisons, State Police, foster children and a new facility for high-risk youthful offenders. Higher education would only get more money under the so-called “productivity formula,” a controversial plan that tends to reward the rich, such as the Fayetteville campus of the University of Arkansas, and punish many others.

He began by noting $2.78 billion in reserve money in a variety of accounts. The question that lies ahead is how much will be spent on needed services and how much will go to more tax cuts for the year. His budget anticipates a half-billion in surpluses over the next two years.

Some of the reserve will be tapped for increased expenditures, a fact several legislators noted could present a problem if fairly optimistic forecasts for a continued increase don’t hold up. There was skepticism that inflation will ease.

Legislators also asked, but didn’t get specific answers, for how much of the accumulated surpluses can be linked to federal pandemic assistance, as opposed to state general revenue.