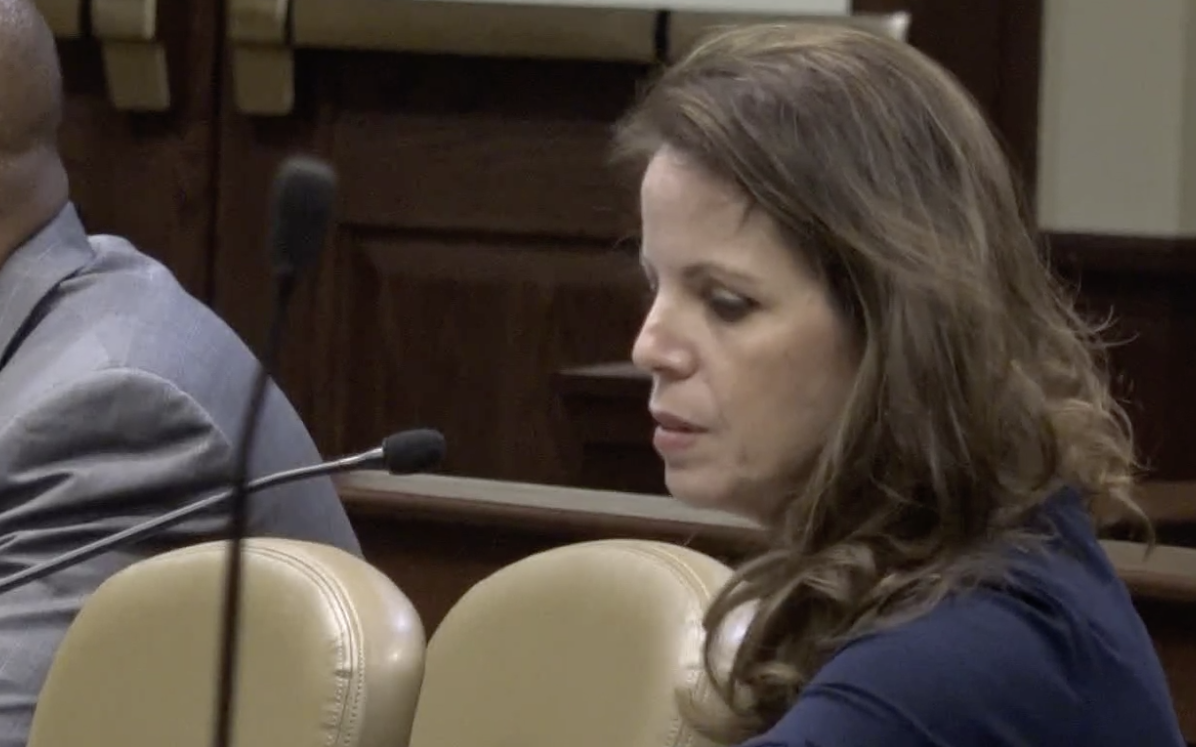 UNDER FIRE: Simone Gold, shown in testimony before an Arkansas legislative committee, is enmeshed in controversy over her spending by a group that touted disputed COVID treatment.

Dr. Simone Gold, one of the “experts” Sen. Jason Rapert dragged before the Arkansas legislature to tout the benefits of hydroxychloroquine, a drug widely discounted as COVID treatment, is back in the news again.

Gold was sentenced in June to 60 days in prison for participation in the Jan. 6 insurrection at the U.S. Capitol.

A story from Daily Beast describes a split in what it calls a “COVID pseudoscience group,” America’s Frontline Doctors. The core of the problem appears to be Gold.

The fight is over millions the group has raised to promote its questionable medical views.
For months, AFLDS has been split between its board and Gold, the group’s charismatic founder and convicted Capitol rioter, over an internal audit into Gold’s personal spending. That dispute spilled into the open on Nov. 5, when the board sued Gold to try and force her to stop representing the organization, in a lawsuit first reported by Vice News. Now the lawsuit’s outcome could determine the fate of the group driving much of the medical disinformation on the pro-Trump right.

AFLDS is tearing itself apart in a fight over what Gold’s rivals describe as her extravagant spending using the group’s funds. The alleged purchases include $100,000 on a single private jet trip and $50,000 a month in Gold’s personal expenses. Much of the controversy has centered on AFLDS’s purchase of a $3.6 million mansion in Naples, Florida., where Gold lives with her boyfriend: a much younger underwear model and fellow Capitol rioter.

Gold isn’t backing down, penning threatening emails to board members and describing herself, alternately, as a “popular folk hero,” a “rainmaker,” and an avenging “lioness.”