Sarah Huckabee Sanders isn’t the first Arkansas governor to offer a prayer service as part of their inauguration, but Sanders’ religious celebration this morning felt particularly steeped in a kind of Christianity that one associates with wealthy, conservative types. For starters, the service was held at Fellowship Bible Church, a five-location megachurch whose West Little Rock building boasts a luxurious lobby with a two-story slide for kids and a full-service café. On flat-screen televisions throughout the atrium, behind the blue glow of the lights in the sanctuary and on the two huge displays flanking the stage was projected an emblem of the capitol building, emblazoned by flowers and the following proud, uppercase letters: “INAUGURATION OF THE 47TH GOVERNOR OF ARKANSAS, SARAH HUCKABEE SANDERS.” 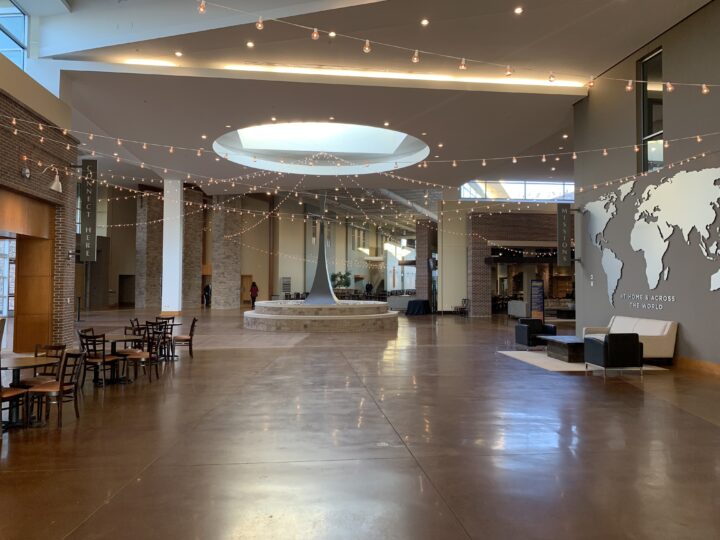 Generically epic contemporary praise music ushered guests to their seats over a 45-minute trickle period, but the monotony was broken with at least one Chainsmokers-esque synthy worship bop, which proves that Christians aren’t afraid to pay attention to the trends. The event was shockingly well attended for a Tuesday morning, with at least 300 worshippers, but that didn’t stop someone, presumably from Sanders’ PR team, from encouraging attendees to sit closer to the stage so that the “entire lower area” would be filled. 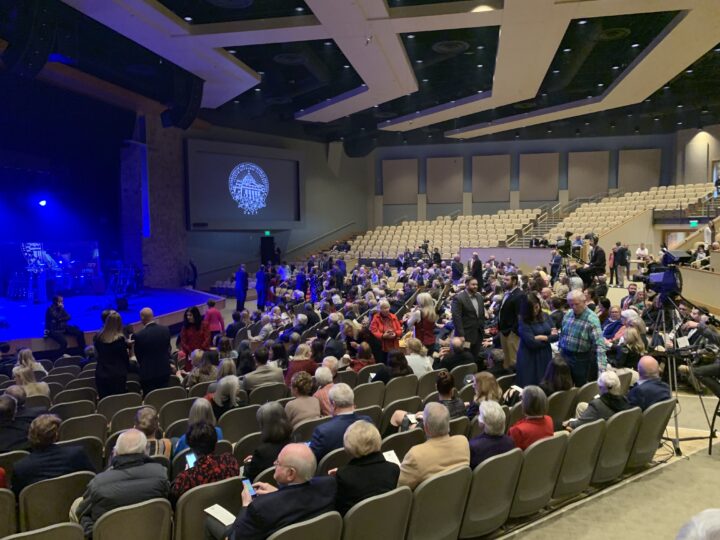 Jonesboro’s own Grammy award-winning Zach Williams (who we were later told is Sanders’ favorite artist) and his 10-piece band kicked things off with a performance of “Old Church Choir,” which was solid, but it felt a bit too early for the organ-riff antics pulled by his keyboard player meant to energize the audience. 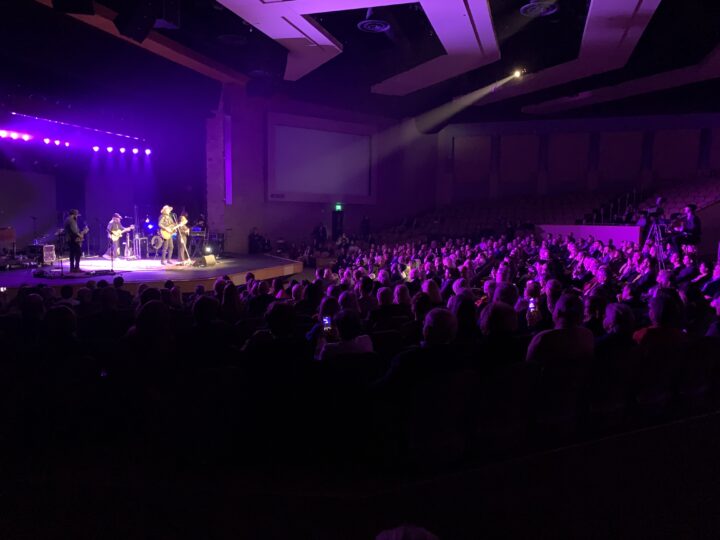 After the song, we heard from Mark Henry and Jay McGuirk, two pastors at Fellowship Bible Church. The former, who spoke mostly in platitudes, said that Fellowship was “humbled and privileged to be hosting,” and prayed that God would “fill Sarah with the power of [his] spirit.” The only perhaps surprising thing about his words was a wholly unironic nod to the “poor and marginalized,” who he hopes God will help Sanders take care of.

McGuirk had more to say because he knows Sanders personally. Sarah and her husband, Bryan, are in a small Bible study group that he and his wife are also members of, so he’s had the opportunity to see her faith and character “up close,” which leaves him sincerely confident in her leadership abilities. He ensured Sanders and the audience that she is where she is because “the Lord has placed [her] there.”

During his message, McGuirk compared Sanders’ trials to King Solomon from the Bible and implored her to follow in the footsteps of second governor of Arkansas, Archibald Yell, who could apparently “out pray” anyone, which seems like an odd thing to be competitive about. When McGuirk called today a “great and historic day” but didn’t acknowledge that Sanders is the first female governor of Arkansas, you couldn’t help but wonder if what he was really saying was that she’s the most religious or right-leaning leader we’ve ever had.

Once McGuirk left the stage, Zach Williams came back for several more songs, including “Chain Breaker” and “Fear Is a Liar.” I’m very curious to hear what kinds of reflections these tunes inspired in Sanders, but alas, she never took the stage for the entire event.

Overall, the service was fairly banal, which is perhaps on brand for this cross-section of Christianity, depending on who you ask. There was no mention of policy, issues, or even morality. The biggest problem, however, was the general assumption in the air that every citizen in the state of Arkansas believes in God, and subscribes to the same set of Christian values. 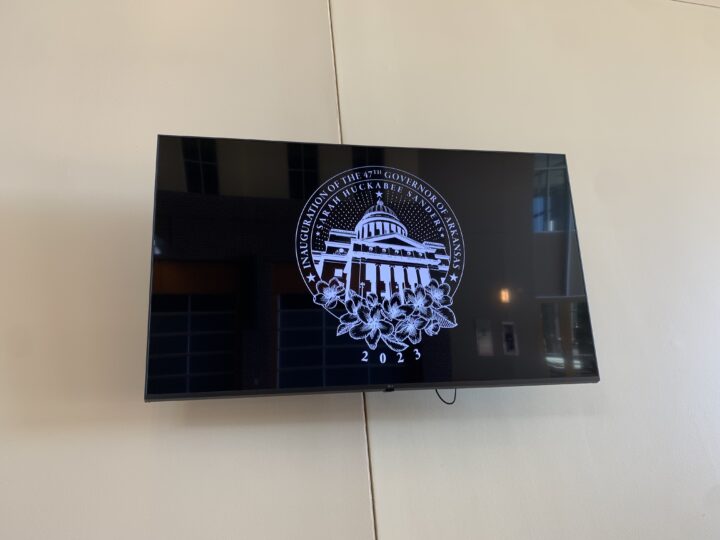