Rep. Jim Wooten (R-Beebe), about as socially conservative as they come, put up some strong bills this week to ensure tax dollars don’t go toward further segregating Arkansas schools.

Governor Sarah Sanders and her legislative operatives will likely spring a voucher program on us any minute. Her “school choice” push is expected to funnel public money into the hands of private and church schools, and possibly to homeschooling parents. 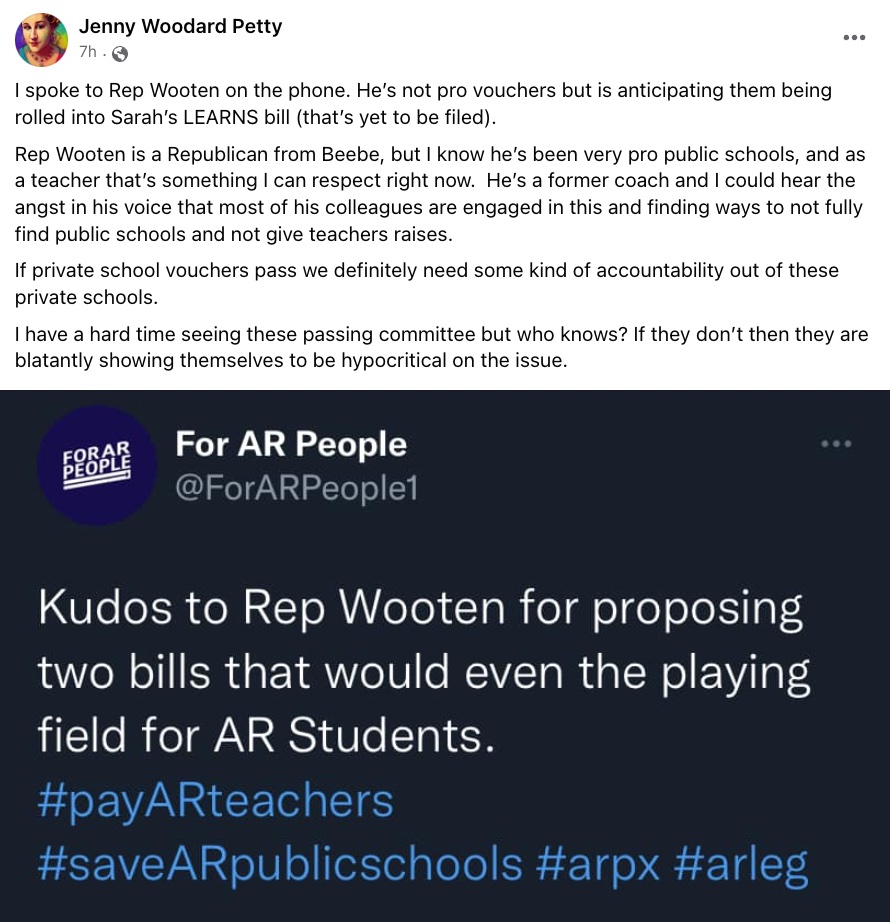 A public school teacher who has also taught in a private school, Petty has been following the voucher issue closely.

The bills are on the House Education agenda, where they’ll sit waiting pending the outcome of a fiscal impact study.

Those co-ops are currently governed by representatives appointed by the local school boards. HB1192 would put these co-ops under the control of political appointees chosen by the governor, House speaker and Senate president pro tempore. The proposed change looks to delete the definition of what education co-ops are and the role they can play.

This part of the existing law, the part that lays out the purpose for these co-ops, would be struck. No new definition of what these co-ops might be would be added under the bill as currently filed:

Public school advocates seem to really hate this one, noting that the local control and independence of member school districts will be erased as political appointees displace school board appointees.

That’s how I understood it. Can anyone elaborate? The current boards are superintendents from member districts, so it seems the goal is to replace them with political appointees. #ARed https://t.co/0zhwEdA6zt