Jim Keet and his management company, JTJ Restaurants, originally bought the old Cock of the Walk building in Maumelle to use as the office for his construction company, Keet-O’Gary Construction, in half of the building and as an event center in the other half. But Keet said that the success of his restaurant, Petit & Keet, brought forth many requests from people in the Central Arkansas area, particularly Maumelle, to start another restaurant.

“So we started thinking about it and decided, if we’re going to do it, let’s go ahead and do it all the way,” Keet said, “instead of just polishing the floors, redoing the restrooms, add[ing] a little paint here and there and replacing some of the furniture. …  We started tearing walls down and seeing what was really left of the building; we have literally deconstructed the building from the roof to the ground — from the inside. Every wall, every floor covering, everything you see here is brand new.”

Reclaimed cypress wood walls line the lobby. Patrons likely won’t notice an obscure door behind the front desk to the office that blends in so well that the only giveaway is a door handle. An old cedar wall was torn down to open up the restaurant so one of the first things diners will notice from the lobby is the view of the new lake fountain. Keet said the idea was to retain the iconic nature of the building but offer a different, pleasant surprise for everybody that enters.

“Everything out there, the landscaping, the parking lot, the waterfall, we’ve completely redone. The whole idea was as soon as you come in, you want maximum impact,” Keet said.

Keet-O’Gary did all of the construction and worked with local designer Garry Mertins on the renovations.

During a recent tour, we saw the main dining room, which overlooks the lake and has a multi-layered deck, filled with masked servers who were quietly studying. Construction workers discussed plans in a private meeting room right off the dining room that has its own patio.

The posh two-level bar will eventually seat 70 people, but for now is spaced for social distancing. Through the window, bar customers will have a nice view of a newly renovated stacked stone waterfall.

A week out from its Aug. 18 opening, Cypress Social was busy. Every employee we ran into was on task. In the brand-new kitchen, cooks and pastry chef Sara Horton were prepping for a mock dinner service for staff. Keet took us to the liquor storage room where sommelier Susie Long was staring at inventory, making mental notes.

Spacing diners out shouldn’t be an issue at Cypress Social. Keet said the building is 8,000 square feet; the tri-level deck adds another 2,000 square feet. Keet has transferred a lot of the staff responsible for the success of Petit & Keet to Cypress Social. Cypress’ managing partner Brent Lenners and his wife and general manager Tyler Lenners, put the staff together at Petit & Keet.

“They did such an outstanding job that we’ve been awarded virtually every award you can get. So we’ve kind of transplanted the whole team from Petit & Keet, including our chef Steve Binotti,” Keet said. Long and Horton were also at Petit & Keet. 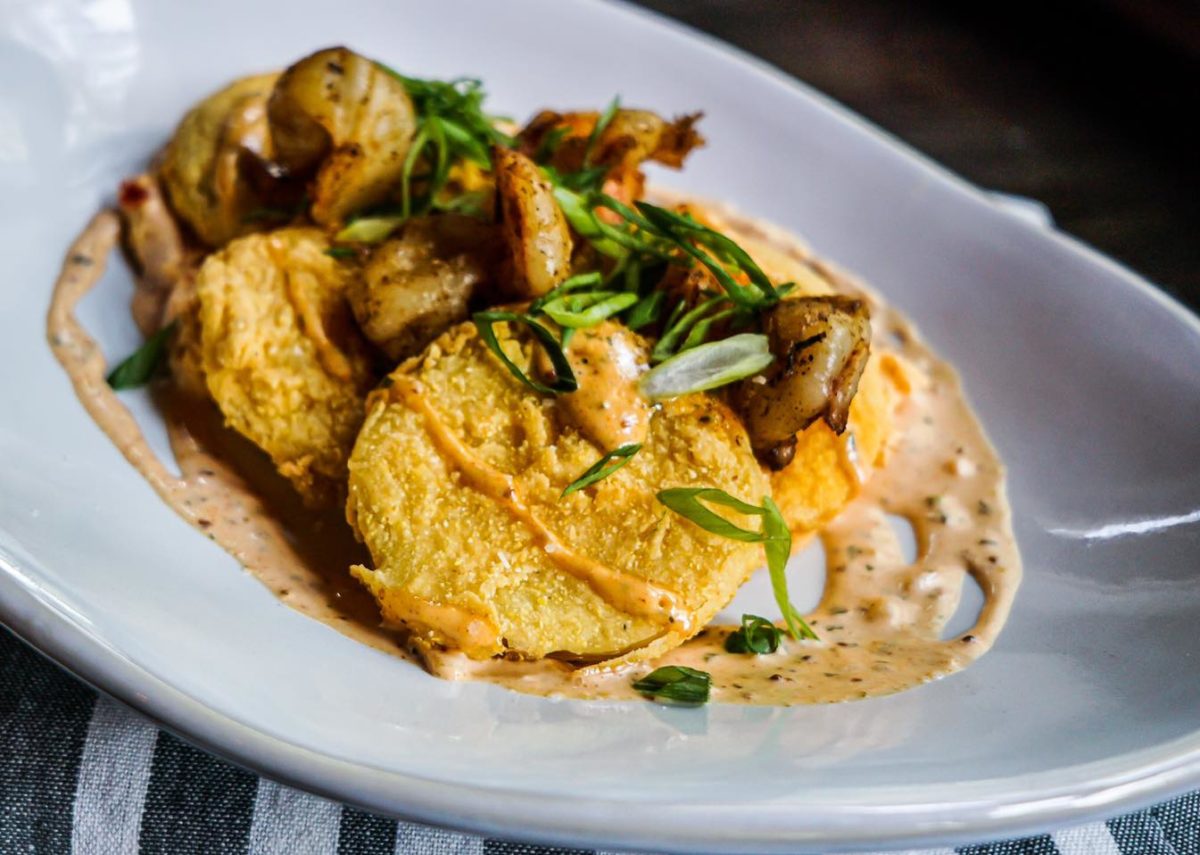 “The concept was to have innovative cuisine that meets four critical standards: It has to be unique, beautiful, delicious and replicable,” Keet said. “Those are things that are not up for debate; those are things that are required of every dish we put out. We go through a very rigorous tasting process before we allow anything to go on the menu. We have taste panels of between eight and 12 people. For this restaurant, we’ve probably done 20 test panels, maybe 25.”

Binotti added, “I don’t think it would’ve been as many if the pandemic hadn’t happened, but it was very thorough.”

“It gave us extra time to refine each dish,” Brent Lenners said. “We just collectively decided we were going to put every single dish under a microscope and really get it down to the last grain of salt, the last placement of this or that just to make everything as good as we can. You know, it’s unfortunate what happened, but it did provide us a lot of time to really hone these dishes and make them the way we want them.”

Keet said there was a debate about whether or not to put catfish, essentially what Cock of the Walk was known for, on the menu at Cypress Social.

“We had gone through about 10 iterations of the catfish because none of us thought it was exactly right,” Keet said.

That led to the debate. “I finally said, ‘The debate is over, we are going to have it and it better be the best ‘blank blank’ catfish in the country,’ ” Keet said. “So they brought back three more iterations. When we got to lucky 13, it was fantastic.”

The Mississippi catfish will be prepared from a secret 40-year-old recipe with cornmeal dredge and served with hushpuppies and coleslaw.

“The idea initially was we want to have the menu and the cuisine to be consistent with what you’re trying to say with your building. And so it’s Southern-inspired, Southern backbone, with a Louisiana influence. We butcher all of our own meat. Essentially, all the fish that we use is as fresh as you can get it in Arkansas. Some of it is flash frozen and we get it in 48 hours, like walleye,” Keet said.

Keet showed us another secret door that leads to a changing room for brides. “The only time that this is open is for the brides. We have a cosmetic table so they can do their makeup. But they never have to go down to the restroom, so they literally have their own restroom. We keep it locked so that it can’t be used by anybody but the bride and bridesmaids.”

Cypress Social is a destination restaurant by design.

“What do business people want, what do pharmaceutical reps want, what do people want for a nice party, what do you want if you want to have a nice wedding or wedding reception? If you’re looking for something to do as a fun evening, what are some of the things you want to have both on the inside and the outside? It’s literally a destination spot that incorporates all of it, taking all of these ideas into play,” Keet said.