“I found out at 4:30 on New Year’s Eve,” she said with a laugh. “They were so kind, weren’t they? They gave me 30 days to vacate. Agreeing to not sue gave me 90 days, so that’s what I did,” Creasey said. The lot that housed the Black Angus and a K-Mart store is being developed for a medical plaza by Premier Gastroenterology Associates and Newmark Moses Tucker Partners of Little Rock.

Creasey and her team at Black Angus vacated on March 24, less than a week after the mandated dine-in shut down. “It all happened at the same time,” she said. “We were already on our way out.”

Oliver Harper opened Black Angus in its original location at the corner of Markham and Van Buren Streets in 1962. He and two partners had previously owned Lido’s Cafeteria, and Harper was a partner of Wes Hall’s in the opening of the flagship Minute Man location on Broadway. Hall bought out his Minute Man partners in 1956, and Harper eventually set out to create something similar of his own. He ran Black Angus until “1987-ish,” Creasey said. “It was closed for a few years and then Bill and Pat Harper (no relation) reopened it and ran it for 27 years. They had locations on University, Baseline and Geyer Springs, JFK and Rodney Parham. As they aged and circumstances warranted, they closed all of them leaving only the Rodney Parham location,” Creasey said.

While most restaurants were trying to figure out how to operate in the early stages of the pandemic with reduced capacity seating or no dine-in seating at all, Creasey was scouting new locations. “It was a journey in and of itself,” she said. “I looked at several properties, and I couldn’t decide what to give up. Do I give up my grill? My drive-thru?

“Morris Harper, Oliver Harper’s son who lives in Houston, called me and said, ‘Karla why don’t you just go home. Go back where daddy put you.’ And he offered me Markham and Van Buren. He owned the Subway lot and he’s owned the Chi’s [Too] lot for about seven years. He said when he gets to heaven he wants to be able to tell his daddy he put [Black Angus] back,” Creasey said. 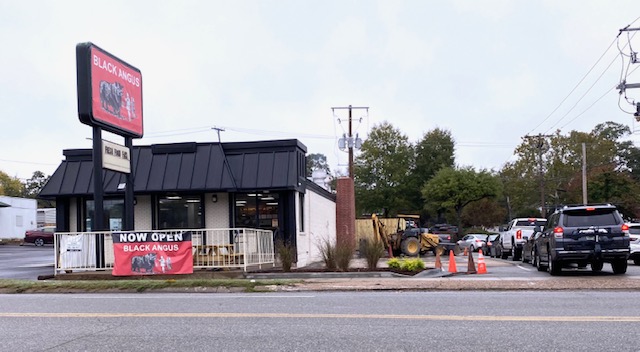 Creasey said she’s thrilled Black Angus is back in its original spot. “I love it. Midtown is an awesome community. It’s nice, it’s neat, the people are so friendly and kind,” she said. And she didn’t have to give up the grill or the drive-thru. The original grill Harper designed was still standing in the old Subway, Creasey said. The Subway spot was demolished for parking and drive-thru space, and the Chi’s Too location was completely renovated. 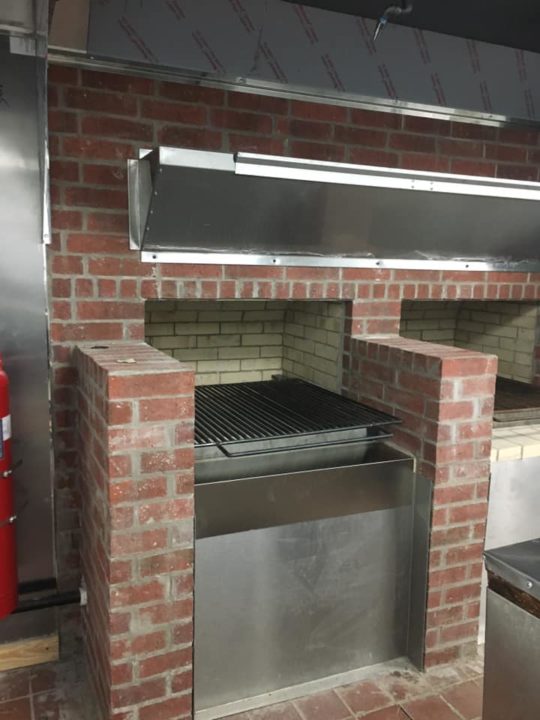 Black Angus opened on Monday for drive-thru and pickup. “Next week we’ll probably start delivery service, but I’m trying to get this new routine down before we open dine-in. Baby steps,” Creasey said.

Another positive note about the move: Black Angus retained its entire staff.

“I think that’s pretty darn remarkable,” Creasey said. “My kitchen manager has 32 years. My grill man has 24. My sandwich maker, 27. My prep cook has 20-ish, and I have a youngster that’s only been here eight years. So that warms my heart. I love every one of them. Same thing with my front-of-house staff, they all came from Rodney Parham as well,” she said.

Creasey was the general manager of Black Angus on Rodney Parham for a decade. When Bill and Pat Harper retired, they sold to Creasey “to keep us all together,” she said. “We had all that longevity, and they didn’t want to sell it to an outsider that didn’t understand what Black Angus is, which is simple hand-cut, homemade, charcoal [grilled]. We are of our own identity, and I was glad to carry on that tradition. We don’t serve alcohol, we’re closed on Sundays. I could talk all day about Black Angus; it’s a unique entity.” 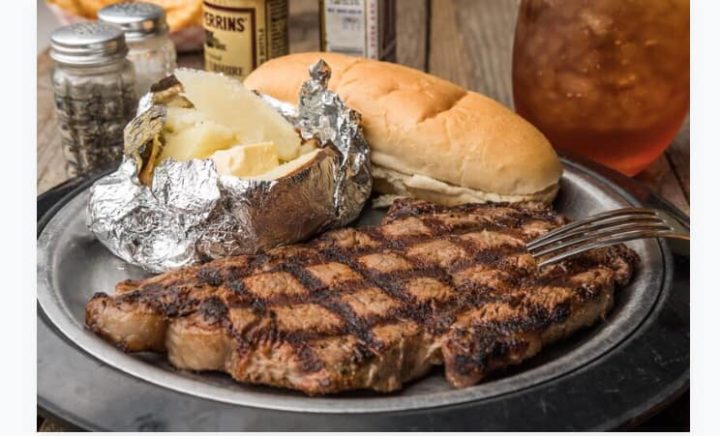