Brian Sorensen 12/7/22 12:42pm
The story of Rafael Rios, the man behind the burgeoning Yeyo's mini-restaurant empire.

Rhett Brinkley 8/4/22 9:39am
The restaurant’s move to West Little Rock took a winding path, transpiring after owner Lisa Zhang’s dreams of opening Haybird —  a 9,000-square-foot facility on Rebsamen Park Road that would incorporate three concepts: Chinese fried chicken, a sake brewery and an Eastern pantry — were dashed by the coronavirus pandemic.
Advertisement

Food with soul: From a small produce stand to the best comfort food in Little Rock, K. Hall & Sons approaches its 50th year on Wright Avenue

Rhett Brinkley 6/29/22 10:04am
After nearly 50 years on Little Rock's Wright Avenue, it's no surprise that K. Hall & Sons took home the title for "Best Comfort Food" in our annual "Best of Arkansas" poll.

Rhett Brinkley 6/2/22 10:56am
A sandwich that thrives beyond the fast-food sphere.
Advertisement

From Ukraine to Hot Springs: Alexa’s Creperie is a family-owned European cafe that has spanned 15 years and two continents

A guide to open-air dining in Central Arkansas

The movers and shakers of the Central Arkansas condiment world

Jordan P. Hickey 1/12/21 9:58am
If that name clangs any bells, if it whispers of any hangovers past, it’s likely because of the all-too-timely product that brought an orange wave of headlines back in April 2019: Trump Tonic. (“Trump tonic will grab you by your ‘wherever,’ ” the back of the bottle reads.)

Rhett Brinkley 11/23/20 2:47pm
The holiday season looks different this year. Because of the pandemic, many people won’t be celebrating with as many friends and family as they have in the past. But the smaller table might bring an opportunity to spend more creative time in the kitchen.

How to open a restaurant during a pandemic

Rhett Brinkley 8/27/20 1:24pm
Despite economic uncertainty and hardship, several brand-new restaurants — like Brood & Barley and Cypress Social — have popped up. Henrietta's is still in the works, and a renovated Oyster Bar is coming.

Oh, good, waiting tables is worse than it used to be

Rhett Brinkley 8/26/20 11:49am
Rhett Brinkley talks about what it's like to wait tables during a pandemic. (Audio by Sydney Hunsicker and Jack Lloyd.)

Stephanie Smittle 7/2/20 1:32pm
The Arkansas Times persuaded a few home cooks to tell us about their favorite meals during the extended stay at home, and about the ways in which their relationship to food has changed during the pandemic.

To market, to market: Farmers are selling again

Arkansas Times Staff 5/28/20 12:05pm
With an assist from the University of Arkansas’s Division of Agricultural Cooperative Extension, we’ve compiled information on some of the many markets in Arkansas.

Farmers markets, closed by virus, turn to apps and drive-thrus

Dwain Hebda 4/6/20 5:28pm
How small farmers and producers are managing amid the pandemic.

El Sur’s baleadas are without rival 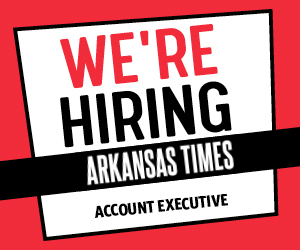