On the day that Ross Jones answered his phone, it was a time of transition for both his distillery and the nation. It was Tuesday, Dec. 15, and 40 days had passed since the general  election. Another 36 yet remained before the administration was set to (maybe) depart from the Oval Office. Normally, this wouldn’t have had much bearing on the goings-on of a small Arkansas distillery, this teetering at the midpoint of the bridge between one political lineage and the next — but this was Postmaster Spirits.

If that name clangs any bells, if it whispers of any hangovers past, it’s likely because of the all-too-timely product that brought an orange wave of headlines back in April 2019: Trump Tonic. (“Trump tonic will grab you by your ‘wherever,’ ” the back of the bottle reads.) In the year and a half since, that line has expanded beyond the flagship orange-flavored vodka to include the other flavors now offered in a four pack: Border Berry-er (“Mexico will buy this round”); Salted Caramel Caravan (“Sourced from the tears of liberals”); MmmPeach (“Go ahead Punkloski, make my day”).

Given the wordplay and oft-cited nonpartisan streak (“We like to say up at Postmaster Spirits we’re equal opportunity offenders,” Jones said), it should be no surprise that the puns come courtesy of a former newspaperman — Jones’s family owned the Batesville Daily Guard from 1934 until June 2018 — with a knack for headlines. But despite Postmaster’s decidedly news-hooked product, there’s an aspect of the business that’s far more timeless than timely: the place which lends Postmaster Spirits its name — and where Jones had answered the phone.

Completed in 1915, the former Newport Post Office was designed by Oscar Wenderoth, supervising architect for the U.S. Treasury Department, who erected at the corner of Hazel and Second streets a 7,286-square-foot monolith shaped like a breadbox. Twenty-foot ceilings with soaring arches, terrazzo floors, its bones pieced together with hot riveted steel, the once glamorous post office was built 3 feet off the ground, an elevated position that saved it from the flooding that swept through the town the year after it went up. It was constructed at a time when Newport was at its economic height, an industrial churn of timber, cotton and buttons, and Jackson County was among the 20 wealthiest counties in the United States.

More than that, however, its role as a postal hub — a distribution point for the local offices scattered throughout the region — meant that it was very much a community hub as well. It was where citizens got news of the outside world, where they got wind of the events rippling out from the far and distant, as war came and depression came and war came again and again, affecting life as they knew it, even in Newport, Arkansas. 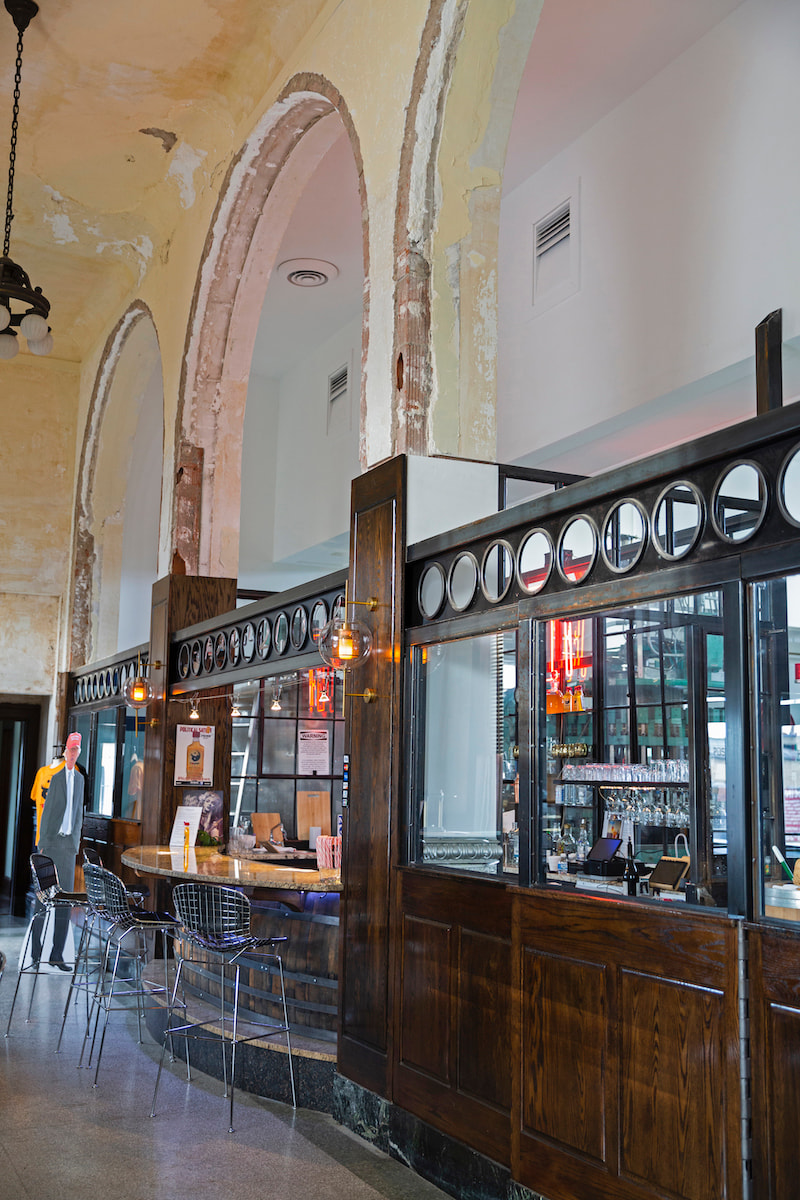 Eventually, when a new post office was opened in 2001, the Hazel Street location was decommissioned and sold into private hands. Some 17 years later, when Jones and his former business partner, having dabbled in beer brewing and opted for liquor, were looking for a place to house their new venture, they decided to set up shop in the old post office — even though it would require no small amount of work. Asked why he didn’t just put up a new structure, Jones said it was simple: “Because there was no other building in town that said, ‘I love you.’ ”

“I mean, this place is just such a jewel,” he said. “It was slated for destruction and slated as a parking lot. And that was part of it. I was like, ‘Man, I just can’t … You know, it’s really not big enough. It’s really too old. It really needs too much. But damn, it’s beautiful.”

There was something else, though, too, that piqued their interest: As they explored the building, they discovered a number of structural curiosities: a ladder in the old postmaster’s office that led down into a tunnel. A gantry walkway — a catwalk of sorts — that led above those 20-foot arched ceilings and looked down on the main floor through holes set in cast iron bowls. Regularly spaced louvered slats that appeared to be for ventilation, but in fact looked out from a tunnel that bisected the building.

All of these physical traits seemed to speak to an unrecorded clandestine history, one that had been locked away in the unseen parts of the building. Citing a vague story imparted by “town elders,” Jones speculates that these passageways had been used to monitor contraband alcohol during the Prohibition years.

Although local historians are unaware of such colorful history (hearing this, one laughed and then apologized for laughing, explaining that, even though he wasn’t aware of such goings-on, it didn’t mean it hadn’t happened), it seems only appropriate that Postmaster Spirit should be as a hub for sending booze out into the world. 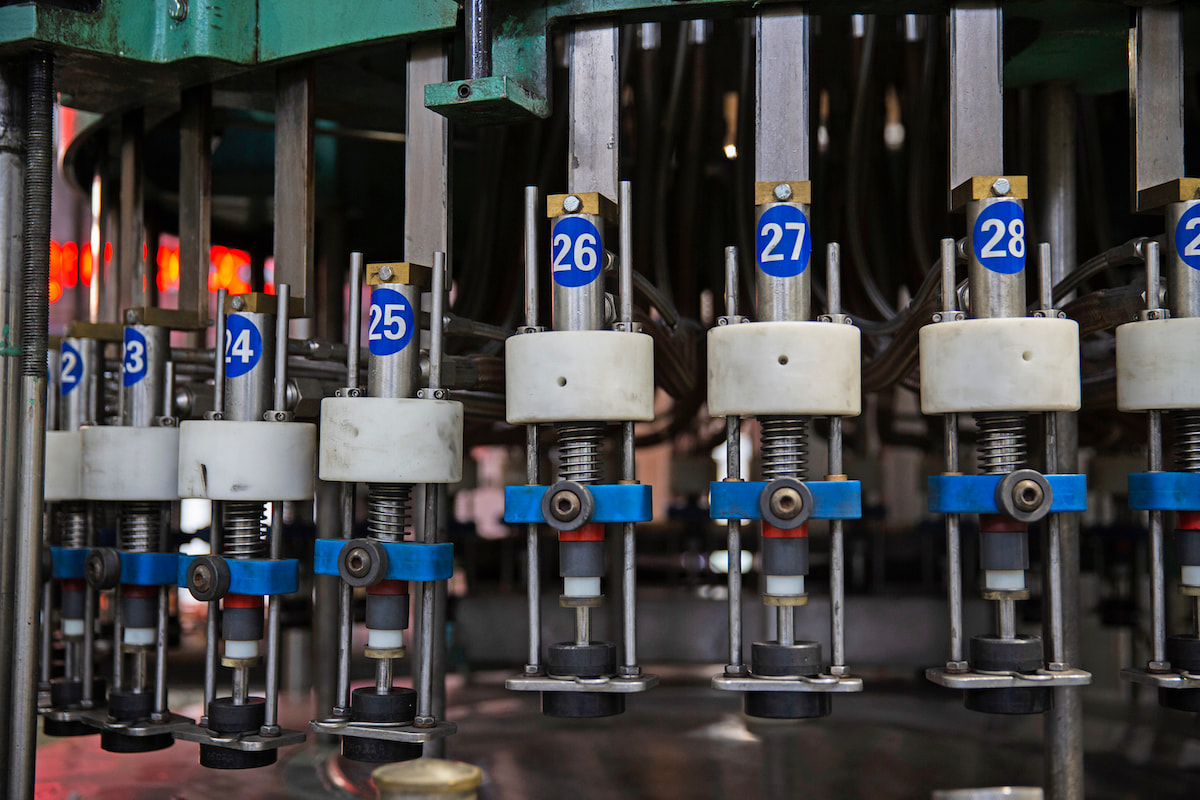 Black Forest, Turtle and Red Velvet cakes. A rotating menu of one-off dishes that range from collard greens, ham and beans to traditional Vietnamese served on the weekends. “COVID Ops 19” hand sanitizer (“Don’t drink it, dumbass,” reads the back). Claims of paranormal activity in the old postmaster’s office — specifically, one Vaughn Jackson, a former postmaster. And that’s to say nothing of the selection of MADA (“Make America Drink Again”) beverages flowing at the bar and bottled in the former mailroom.

These are all answers to the question of how you set yourself apart in a crowded market when nearly every fifth restaurant is closing up shop (and also the world is ending). But even though it’s tempting to write off much of what they’re doing at Postmaster Spirits as gimmicky or kitsch, even the novelty of the place speaks to something timeless about the fight of this small business to keep their head above water (or vodka). As Jones said, “How do you compete with Tito’s? Well, you don’t. You do something completely different, something off the wall.”

In the months ahead, as the administration changes and Postmaster loses the orange light of inspiration emanating Gatsbylike across the country, Jones said there are still new approaches that he intends to take: He’s got plans for a line of vodkas dedicated to first-responders (blueberry for police, cinnamon for firefighters …), with a portion of proceeds going to their respective organizations. He’s planning to rebrand the salted caramel vodka, is in talks to do a signature vodka for the city of Newport and still hopes to get a four-pack into Trump’s hands.

Ultimately, though, what they’re selling at Postmaster Spirits, Jones said, is less novelty than experience — and that, friends, is timeless.

Whether you’re starting 2021 with a Dryuary or toasting the New Year until the fetid smell of 2020 has worn off, January’s become a time to get thoughtful about alcohol — what we love, what we hate and what role it plays in our newly pandemic-stricken social lives. It’s also the month when, in 1919, Arkansas ratified the Eighteenth Amendment, establishing prohibition in the state and ushering in a formalized relationship between booze and government. So, in January 2021, the Arkansas Times raises a glass to all things boozy with a series we’re calling Drink/Drank/Drunk: our city’s great cocktails and mocktails, the history of temperance in the state, brews to try before you die, a boozy playlist and more. 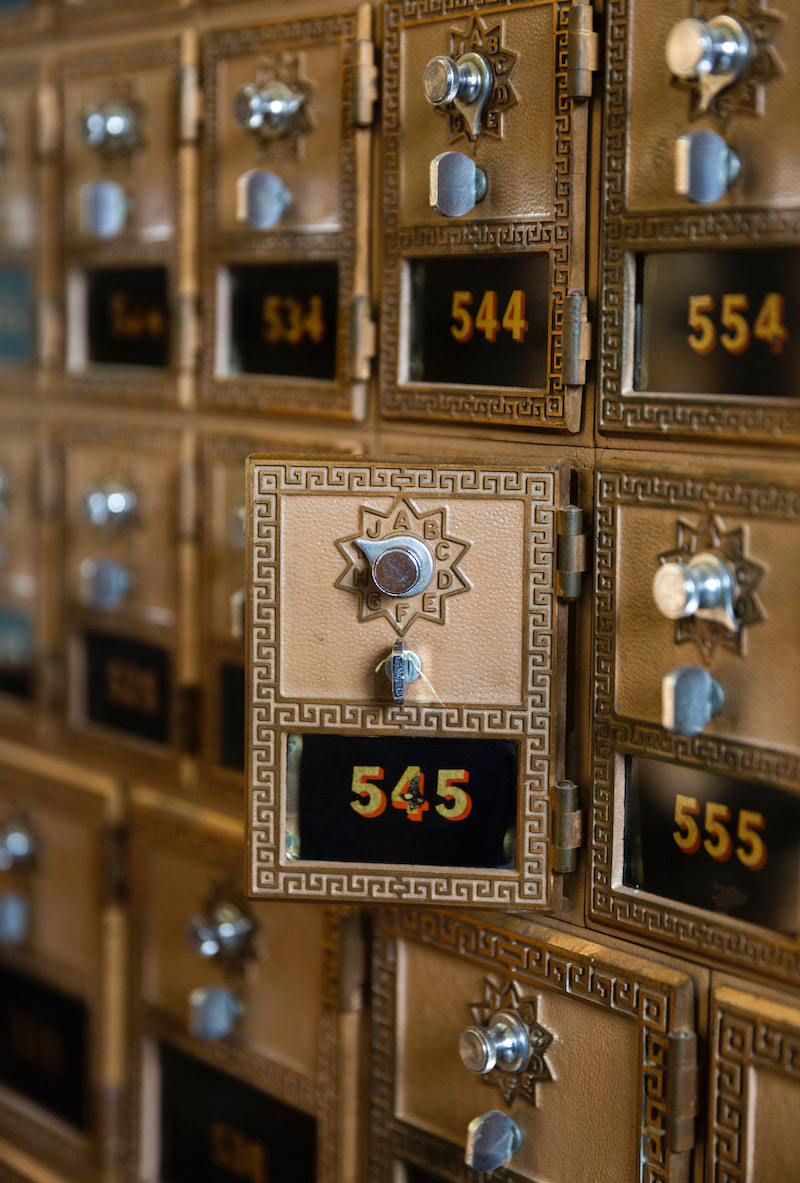