Brian Sorensen 2/4/21 5:13pm
Opening a brewery was a gamble for the Pridgin family. Even with Country Monks and Prestonrose seeing success nearby, beer tastes in Logan County still tip towards cheap industrial lagers.

‘It’s fine, though, all I had this morning was a smoothie’: A pandemic food diary

Rhett Brinkley 2/4/21 2:15pm
An assignment to compile a list of cheap eats in Central Arkansas in December coalesced, for Arkansas Times Associate Editor Rhett Brinkley, with a “Twin Peaks” viewing streak, a stubborn commitment to drinking water and a local restaurant takeout scene scrambling to weather the weirdest of winters.
Advertisement

Jordan P. Hickey 1/12/21 9:58am
If that name clangs any bells, if it whispers of any hangovers past, it’s likely because of the all-too-timely product that brought an orange wave of headlines back in April 2019: Trump Tonic. (“Trump tonic will grab you by your ‘wherever,’ ” the back of the bottle reads.)
Advertisement

Rhett Brinkley 11/23/20 2:47pm
The holiday season looks different this year. Because of the pandemic, many people won’t be celebrating with as many friends and family as they have in the past. But the smaller table might bring an opportunity to spend more creative time in the kitchen.

Rhett Brinkley 11/20/20 3:35pm
The Preacher’s Son, the downtown Bentonville restaurant located in a restored historic church, has announced that it will welcome Arkansas native Neal Gray as its new executive chef. Current executive chef, Matthew Cooper, is leaving the restaurant in pursuit of a new project with his last service on Sat., Dec. 12.
Advertisement

Rhett Brinkley 11/20/20 3:26pm
“My philosophy is eating healthy shouldn’t break your pockets, it shouldn’t be limited to one class of person. Healthy food should be available for everyone,” Coleman said.

Rhett Brinkley 11/5/20 1:20pm
Here's some things going on this weekend if you can rip yourself away from the election results.
Advertisement

Vote for your favorite restaurants!

Lindsey Millar 11/2/20 3:06pm
Since 1981, the Arkansas Times has asked its readers to vote for the best restaurants in the state. Through Nov. 29, support your favorite restaurant by voting in our annual Readers Choice Awards. It's the 40th anniversary of the poll this year, and it's sponsored by Ben E. Keith.

Rhett Brinkley 11/2/20 8:55am
Laurie David, who along with husband Ed and son Zac own the New Orleans-style Cajun restaurant The Faded Rose on Rebsamen Park Road, said they've thought about closing the store for the last several presidential elections but just never pulled the trigger.

Rhett Brinkley 11/1/20 8:53am
“We really wanted to bring a sense of community and a place where everyone could come and spend time, whether it be with their kids, family, friends or pets," Lauren Glaze said.

Rhett Brinkley 10/29/20 4:27pm
This might be your last chance for the year to catch Food Truck Fridays at Simmons Bank Arena.

Leslie Newell Peacock 10/28/20 4:13pm
Mockingbird was one of 67 businesses nationally that received the grants.

Rhett Brinkley 10/27/20 4:42pm
Owner Devin Wilkerson said he first learned about the franchise on the TV show “The Real Housewives of Atlanta,” on the Bravo network. The franchise’s CEO and president Dennis McKinley is the fiance of Porsha Williams, who is one of the housewives featured in the show.

Capi Peck on Trio’s longevity, her employee family and 2020

Rhett Brinkley 10/26/20 1:58pm
“We’re able to make it, but we’re really looking for that RESTAURANT Acts 2020 [in Congress]. This industry, we were the first to close and one of the last to open and we need some help,” Peck said.

Rhett Brinkley 10/23/20 2:55pm
Co-owner Cassandra Kassis said that she and her husband’s favorite part of the day was spending a couple hours in the evening cooking in the kitchen together. Friends and relatives have been telling them they needed to open a restaurant, so they decided to start with a food truck.

Adam Faucett, virtual cheese dip and so much more food this weekend

Rhett Brinkley 10/22/20 12:26pm
Prepare your taste buds because this weekend is sure to please. I can't remember a time when so much flavor was packed into one weekend. The real challenge will be figuring out a way to sample a little bit of everything. We're here to help.
Advertisement
← Previous page Next page → 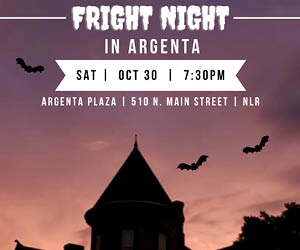