You may never have heard of a quesabirria taco, but if your social media feed is peppered with food selfies, chances are you’ve probably seen one. In fact, that’s kind of how the tacos — made with birria meat (birria is a traditional Mexican meat stew) and a generous amount of gooey melted cheese, served with a cup of birria consommé (beef broth) for dipping — became a phenomenon on the West Coast in recent years. Images from quesabirria taco pop-ups of greasy, cheesy tacos being dipped in consommé started showing up on Los Angeles-area Instagram feeds and the lines started forming. If you’ve seen one of these taco selfies, you understand the hype. 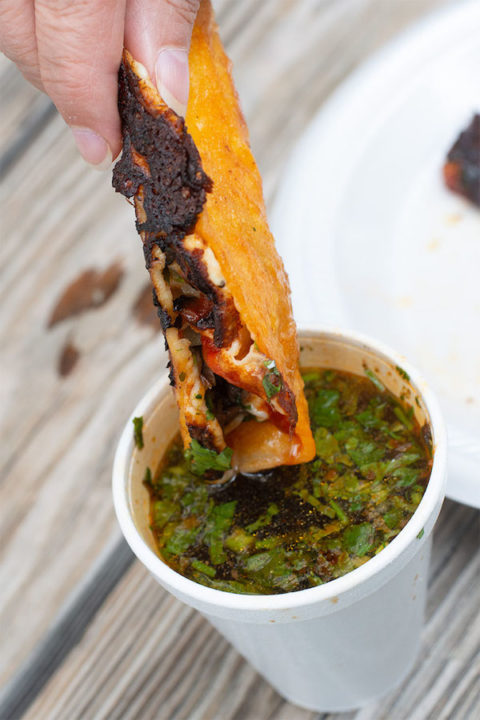 I first learned about the tacos from a picture my brother showed me after he’d visited LA. I wanted the taco that instant. I spent part of my downtime the next six weeks looking at flights to LA and checking Facebook to see if the trend had made its way to Little Rock.

A local foodie-in-the-know friend of mine who was aware of my preoccupation with quesabirria texted me when he found one. He was at The Rail Yard, an urban food truck yard and beer garden in Little Rock’s East Village neighborhood, where the food truck La Casa De Mi Abuelita Maw Maw’s House was serving what I had been looking for. Consumed (consomméd?) with jealousy, I liked the food truck on Facebook and started following its schedule. The following week, I went to The Rail Yard and picked up two orders of quesabirria tacos with consommé — one for me and one for my girlfriend, who claimed to have not heard of quesabirria despite me babbling on about wanting to try it for weeks. 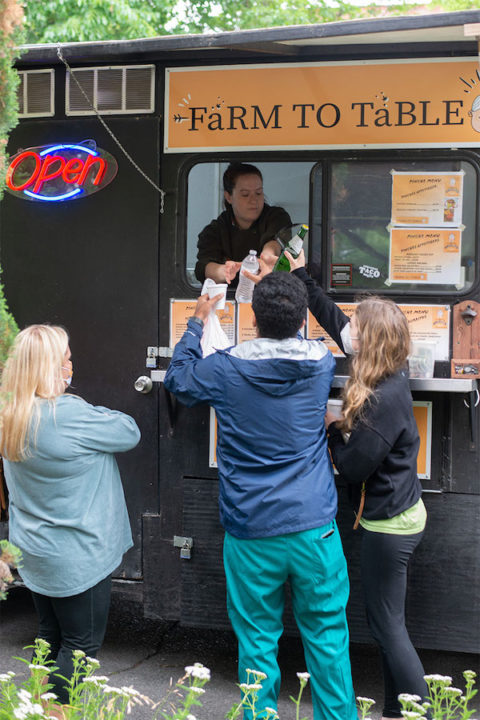 After returning home, I went to the kitchen for food selfies while my girlfriend was biting into a taco in the living room.

The crispy, greasy shell, the tender stewed beef, the gooey cheese dipped in savory consommé — these tacos could save your life after a night of partying.

“You do know I’m going to want these all the time now, right?” my girlfriend said.

Geovanny Villagran was born in Guadalajara, the capital city in the Mexican state of Jalisco and the state where birria is said to have originated. Villagran said he remembers eating birria as a child, both as a taco filling and on its own as a stew.  “The dish has been around Mexico for centuries,” Villagran said.

Villagran’s culinary career started in Mexico. He operated a food truck specializing in burritos in Mexico City before he moved to the U.S. seven years ago. His work in Little Rock has mostly been in fine dining at the Capital Hotel, Little Rock Marriott and DoubleTree Hotel. The latter is where he was employed when the pandemic hit last spring.

Newly unemployed due to the pandemic restaurant dining room shutdown, Villagran’s initial plan was to open a restaurant with partners, but it fell through. So Villagran and his wife, Neena Villagran, decided to go their own route.

“We wanted something that’s ours,” Neena Villagran said. So they started a farm, growing vegetables and raising pigs, cows and chickens.

“That’s why we have the sign in our food truck, ‘farm to table,’ because all the animals we’re using come from the farm,” Geovanny Villagran said. “There’s no chemicals or antibiotics or anything in our meats.”

The Villagrans spent the spring and summer of last year building out an RV into a working food truck. The name, La Casa De Mi Abuelita Maw Maw’s House, honors both Geovanny and Neena’s grandmothers and gives a nod to the look of the food truck, which resembles a little house.

“Most of my recipes that I have learned come from my grandmother,” Geovanny Villagran said. He spent a lot of time in the kitchen with her as a child, cleaning beans or helping her cook. “That’s where we got La Casa De Mi Abuelita [My grandmother’s house],” he said.

The “Maw Maw’s House,” part of the name came from Neena’s side of the family.

“That’s what I call my grandmother,” Neena Villagran said. “So we kind of entwined the two.” 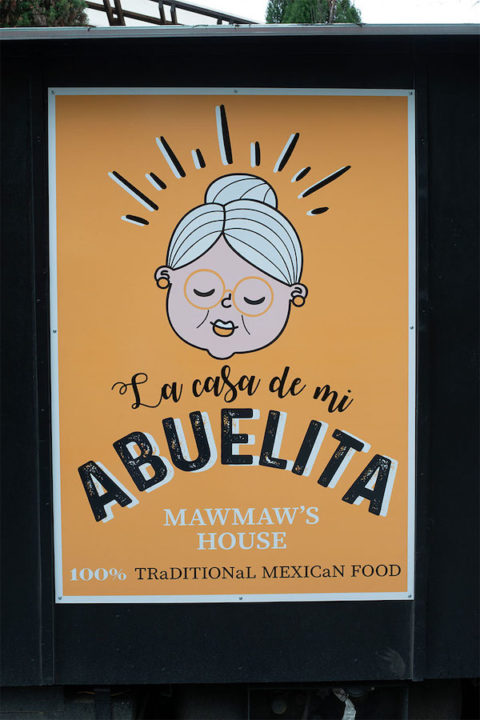 They launched the truck at the end of September of 2020 in Neena Villagran’s hometown of Redfield.

“It’s a super small town,” she said. “We started out really slow, barely selling anything.”

“The beginning was hard. Really hard,” her husband said.

People started requesting that they go to Sheridan and business started to pick up. Then they started popping up at The Rail Yard in Little Rock a couple times a week. Success.

“Now we have people coming to us from all over,” Neena Villagran said.

Quesabirria is their bestseller. Geovanny Villagran prefers to make birria with brisket or chuck meat cooked slowly (eight to nine hours) with a mix of dry peppers and Mexican spices.

The shredded meat is removed from the consommé and slightly drained before it hits the corn tortilla. It’s covered in cheese and placed on the griddle. The juice and the oil from the beef gives the tortilla the slightly fried consistency, Neena Villagran said. The consommé is the broth leftover from the cooking process, flavored from the combination of the beef and the dry peppers.

“We respect the process,” Geovanny Villagran said, adding that they expect their guests to have a good, quality product when visiting the food truck.

Watching people taste their tacos for the first time is a great confidence booster, Neena Villagran said. “It’s kind of like, ‘We did that.’ ”

The Villagrans are currently working on adding a second food truck, which will be built out from a school bus and permanently stationed in Sheridan. And with Neena acting as his sous chef, Geovanny just recently competed in and won the 2021 Diamond Chef competition.

Although they’ve added other dishes to the menu or run specials like cochinita pibil, slow-roasted pork butt cooked in banana leaves with oranges and some spices, the Villagrans said most people show up for the quesabirria, often saying “ ‘I want the taco for dipping.’ ” 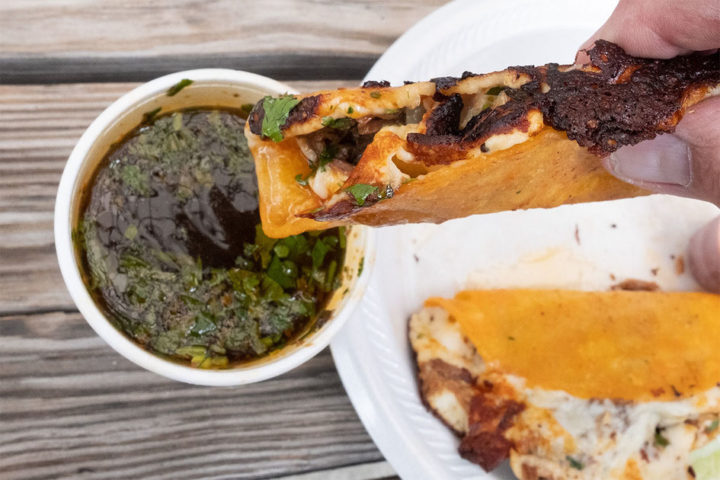