In early May we reported that a $1 charge was being added to guest checks at all of Shannon Wynne’s 30-plus restaurants, including Little Rock’s Flying Fish and Flying Saucer and Bentonville’s Flying Fish. Each dollar would be donated to World Central Kitchen, a nonprofit organization founded by chef José Andrés that sends cooks to the front lines of humanitarian crises.

In April, a restaurant operating as a relief kitchen with support from World Central Kitchen was hit by a missile in a civilian area of Kharkiv.

Good news from Kharkiv! @natemook is with Vera and the Yaposhka team at a new kitchen location following the missile strike. All of the restaurant staff came back to help prepare meals—and the 3 injured team members have been released from the hospital! #ChefsForUkraine 🇺🇦 pic.twitter.com/FsrzoKzSQb

Wynne told us the goal was to raise $250k in under two months, and his restaurants met that goal in six weeks. 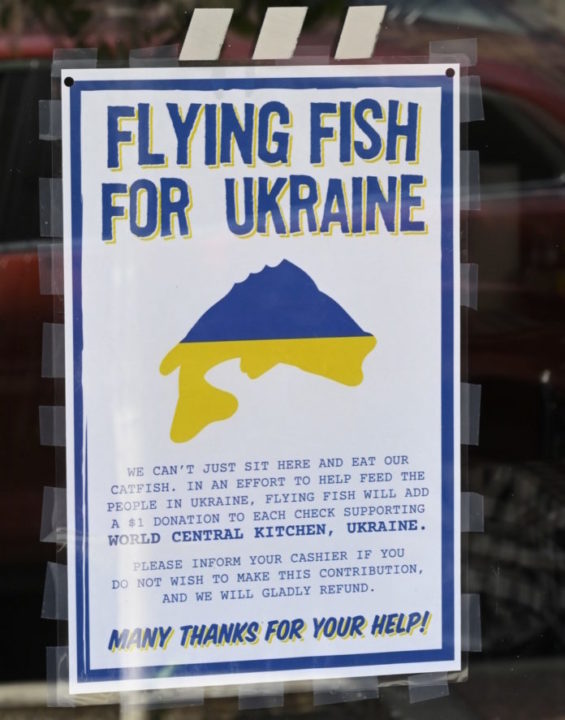 As of June 4, there is no longer a $1 charge at any of his restaurants.

100 days ago Russia invaded the resilient country of Ukraine. 99 days ago the @WCKitchen team started cooking. With restaurants & families cooking at home, WCK is providing nearly 1 million meals a day. Today, I'm thinking of all the brave Food Fighters who are feeding Ukraine… pic.twitter.com/uSXxlEhsv7

Donations to World Central Kitchen can be made here.