The new location will seat 75 in both indoor and outdoor dining rooms. Ridgewood’s new digs will feature a direct-heat cooker and four 1000-gallon offset smokers built by the well-known custom pit maker Primitive Pits out of Cumming, Georgia. The new shop will also feature some creature comforts that make life in the restaurant business much easier: warmers, speed racks, a large walk-in refrigerator, a cutting block and a covered smokehouse. It will also make the sought-after barbecue less elusive. As of now, the trailer is only open Fridays and Saturdays from 10:30 a.m.-3:30 p.m. Pre-orders are accepted through email on orders of $60 or more, and usually fill up by mid-week. When the move is complete, the restaurant will be open Thursday through Saturday for lunch and dinner, as well as Sundays for lunch. 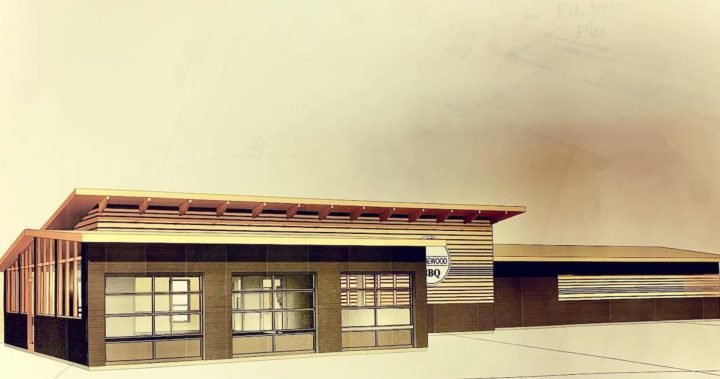 Owners Robert Couser and Grant Hall have shaken up the Arkansas barbecue scene of late with their brisket, ribs, pulled pork and house-made sausage. All their offerings are smoked on an offset pit with post-oak wood, lending itself to a traditional Texas-style of barbecue. Couser and Hall, Russellville natives and friends since childhood, call their style “Texas-influenced with a whole lotta Arkansas thrown in.” This Arkansas flair is particularly seen in the sauce and sides (think down-home baked beans and mayo potato salad), as well as the fall-off-the-bone ribs. When asked to describe their style of barbecue, Couser and Hall say playfully that they settled on “West-Russellville Style.” 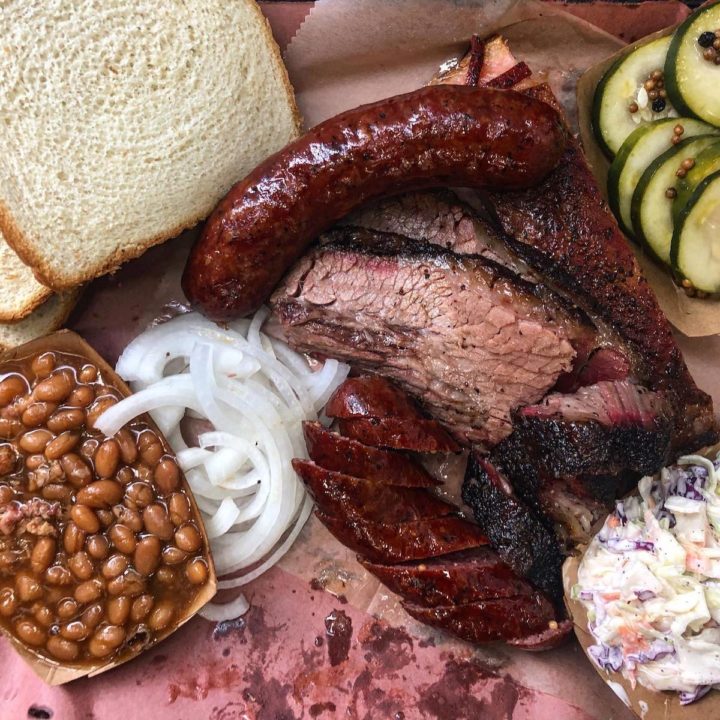 Fans of Ridgewood Brothers will be delighted to know that with this expansion comes an expansion of the menu. Though Couser and Hall haven’t yet decided what exactly these new items are going to be, some ideas have been kicked around, such as steaks, pork steaks, brisket burgers, barbacoa, tacos, chicken, mac and cheese, greens, vegetables, and several more dessert options from their full-time baker, Tina, whom I can report makes a mean banana pudding.

While this pair of barbecue whiz-kids are not actually brothers, having been best friends for over 25 years and business partners for five, they might as well be. Which is good for Arkansas barbecue fans because that brotherly chemistry is evident when tasting their food — positively some of the best barbecue in the state. The family attitude extends to their actual families, too. It’s not uncommon to see Hall’s mom or Couser’s wife helping out on a Saturday morning at the remarkably busy trailer on Main Street.

Hall and Couser report they’ve received overwhelming support from the Russellville community for their new endeavor. When asked what they are most excited about for the new restaurant, Grant replied, “Arkansas barbecue needs something to be proud of. This is a point of pride for us and we want it to be a point of pride for our community, too. That’s what it’s all about.”

For more information about pre-orders and catering, check out Ridgewood Brothers’ website.