September teased us with some cool temperatures last week, but on the eve of the fall equinox, summer is still flexing on us with brutal August-like temperatures. KATV-Channel 7 meteorologist Todd Yakoubian seems to agree, tweeting yesterday that it was Aug. 51st rather than Sept. 20.

My favorite place to cool off this summer has been Kaluas Paleteria & Botanas at 3425 Pike Ave. in North Little Rock’s Levy neighborhood. I discovered Kaluas last summer while working on a cold treat survey. It’s a tidy little shop on Pike Avenue on the same strip as Las Delicias Mexican store and restaurant. Kaluas is owned by Irene Alamilla who runs the store with her daughter. They don’t have a staff, she said, and there isn’t really a menu, but there is a book on the counter full of images that will spark an inner childlike excitement for cold treats like smoothies, snow cones, sundaes and fun, fruity drinks. I’ve ordered using images from Kaluas’ mouthwatering Facebook photo library.

I can’t say enough about the Mangonada, which consists of mango smoothie, mango sorbet, chamoy sauce (a spicy Mexican fruit condiment made from dehydrated fruit, chili powder and citrus juice), Tajin seasoning and chunks of fresh mango. It’s the first item I tried and one of the most popular, Alamilla said. It’s served with a straw coated in tamarind fruit and chili powder. It’s refreshing, not too sweet and a tad spicy. 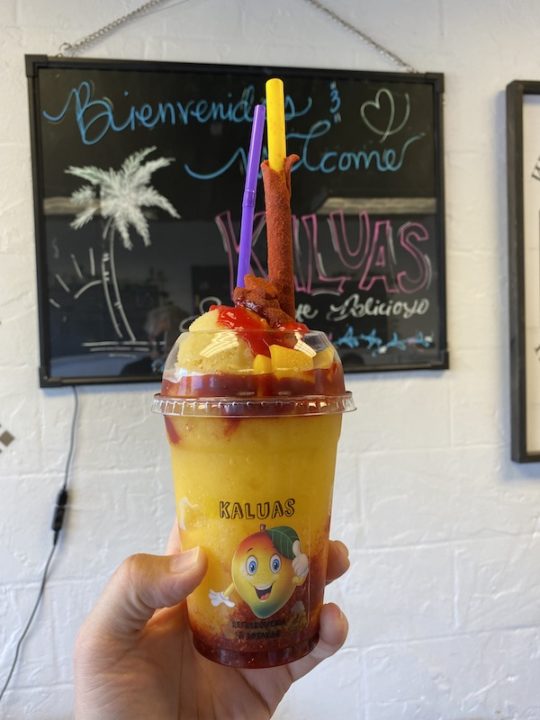 I followed it up with an Agua Mineral, which is kind of like a michelada minus the beer. Topo Chico, chamoy, Tajin and lime and loads of ice combine to make a crisp, spicy, refreshing beverage that Alamilla said people sometimes order for hangover relief. I haven’t tried it for that purpose yet, but promise to at some point. 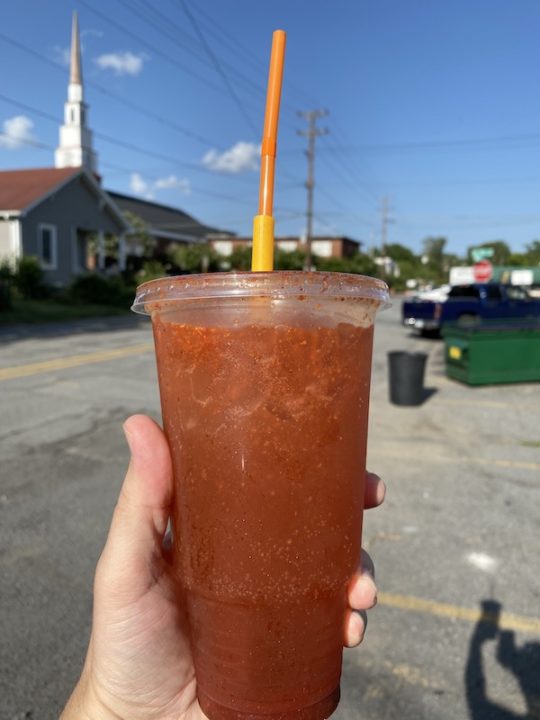 A couple weeks ago I popped in and picked up a mango and tamarind barrilito (translation “keg”) served in plastic miniature kegs, and it was an incredible decision.

The Mango Barrilito was similar to the mangonada, but it also included gummy candies on top and was a 32 ounces. It was so delicious I couldn’t put it down, but when I did I went for the Tamarind Barrilito, which was more like an agua mineral with both sweet, spicy and tart flavors. It also had gummy candies floating on top and both barrilitos had rims coated with tamarind seasoning. So refreshing.

Kaluas also has a variety of dairy-based treats like milkshakes and ice cream sundaes. 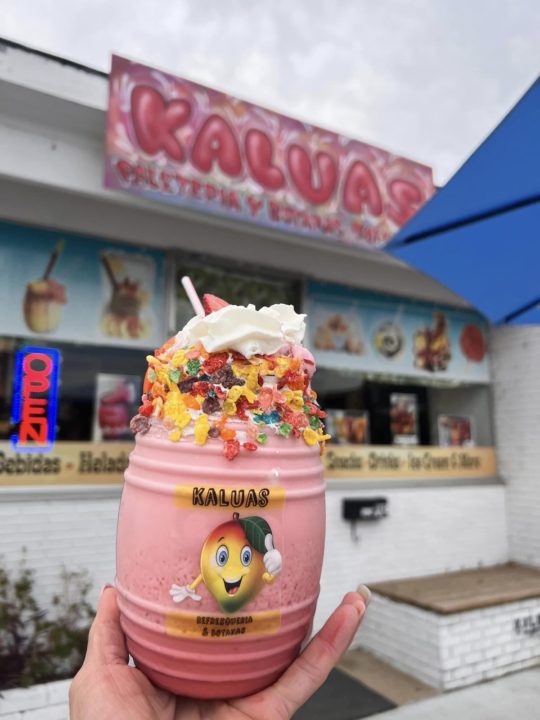 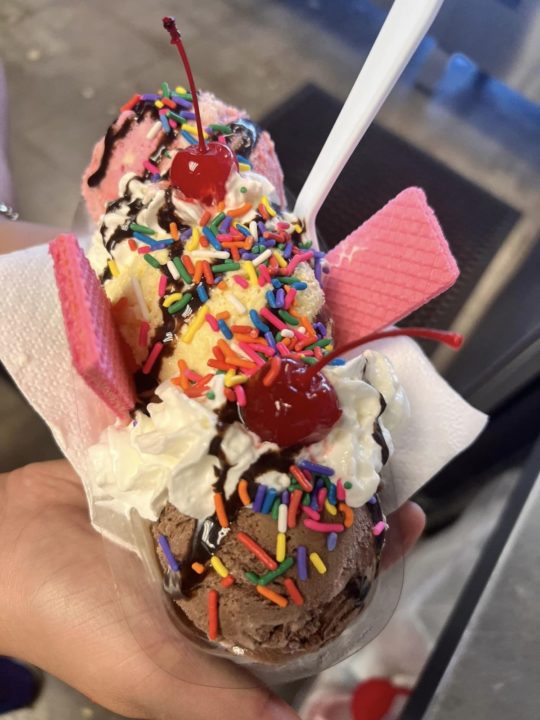 Kaluas
If you’re looking for Mexican-style street food, Kaluas has you covered with apps like nachos and Doritos served in chip bags topped with cucumber salad. They also serve Mexican-style street corn served traditionally with mayonnaise parmesan cheese and chili powder and a spicy version I can’t wait to try with ground Flaming Hot Cheetos or Takis.