Every restaurant was forced to change up during the pandemic in some capacity. kBird, Richard Glasgow‘s authentic Thai restaurant located in a residential neighborhood at 600 N. Tyler St., took a different approach than most.

Glasgow, a corporate lawyer turned Thai food connoisseur/chef, isn’t really known for his conventional approach to operating a restaurant. kBird started as a food trailer hidden in an alley before he opened the brick and mortar in a repurposed house in Hillcrest. The social media was sparse, the chairs and tables were mismatched, at one point a chicken might’ve crossed your path on the way to the door, but Glasgow always went to great lengths to make the food as authentic as possible opting to use his hands over modern electrical kitchen appliance time savers. Hours were spent daily making curry pastes by hand with a mortar and pestle rather than opting for a food processor. 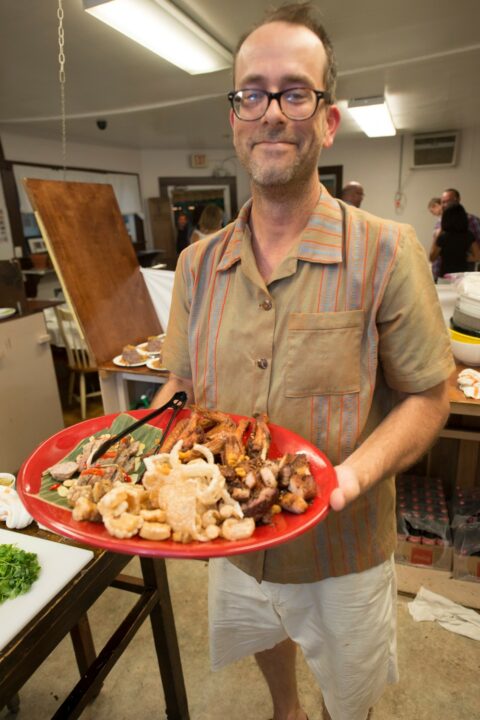 In March of 2021 Glasgow announced that he wasn’t going quit cooking Thai food but was going to “blow up the current business model,” to create family-style, multiple dish meals to more closely resemble the way people actually eat food in Thailand.

In November of 2021 kBird went on hiatus again. Glasgow announced he was
“going into my hibernaculum until communal dining was no longer a source of discomfort.”

In early September of this year, Glasgow sent an email blast to customers who purchased food from kBird’s website last year announcing that kBird would be open for lunch during select weekdays and that the reservation only khantoke dinners (featuring more than a dozen Northern Thai dishes) would return in the fall.

A few weeks later, Glasgow announced on social media he’d been diagnosed with bad disc and hip problems that flared up after reopening and he’d need to close for 2-4 weeks and would then reassess.

On Sunday food blogger The Mighty Rib posted a photo a follower sent him of a for sale sign in front of kBird.

We reached out to Glasgow for confirmation and he said that while the location is closing and day to day operations are ceasing, he would like to continue cooking for small groups and private parties and perhaps give cooking lessons.

Glasgow ended the email to customers last month with a thank you that we’ll leave right here.

YOUR friendship, encouragement, and belief in what I am trying to do is the engine that has always powered this place. I am so grateful for it. What an unlikely, fun story we have collectively written here! I hope that you guys will still like it, in spite of all the stops and starts and changes.

I hope to see you soon. Thank you.