Read this month's issue
Browse the issue archives
Loading…
Advertisement
Home Eat Arkansas Nervously eating my way through election night at each of the candidates’...

I was told all day that the news tonight was going to be terrible, so I tried to cover the election by eating my feelings from watch party to watch party. If the results were going to be bad, at least we could find out who had the best snacks.

The unanimous theory in the office this afternoon was that Responsible Growth’s watch party at the Capital Hotel would be the best place to eat. Capital Hotel is known for its popular treats like the pimento cheese spread and wonderful spiced pecans. Plus, Responsible Growth raised more than $13 million in their attempt to legalize recreational marijuana. We assume they know how to party.

Super duper high intensity security at the Sarah Sanders election night event. Will the Pope be here or something? pic.twitter.com/QaULpxzbrI

Landers’ party was catered by Next Level Events. I arrived at 7 p.m. and the party was just getting started. I grabbed a cookie.

I started with a plate of corn dip with Fritos, an antipasto and some fried chicken tenders that were pretty solid.

At this point I was feeling pretty good about the evening. On my way out, I grabbed a slider wrapped in foil. It was piping hot and heavy on the cheese, with a single pickle and some light mustard.

I made my way to Scott’s party at The Hall concert venue on 9th Street just west of I-630. Scott has taken opportunities throughout his time as mayor to promote local restaurants using the hashtag #EatBigLR on Instagram food selfies around town. Earlier this year he launched an “Eat Big in Little Rock” YouTube documentary series on the City of Little Rock channel to explore local eateries.

Ceci’s Chicken N Waffles on Wheels food truck was stationed on the patio for paying customers. Volunteers from Scott’s campaign showed up with catering from Chicken King that was free to guests. This was a solid choice. I prefer the extra hot and the country fried wings. The lighting in The Hall was not optimal for food photos even with my trusty iPhone whatever. 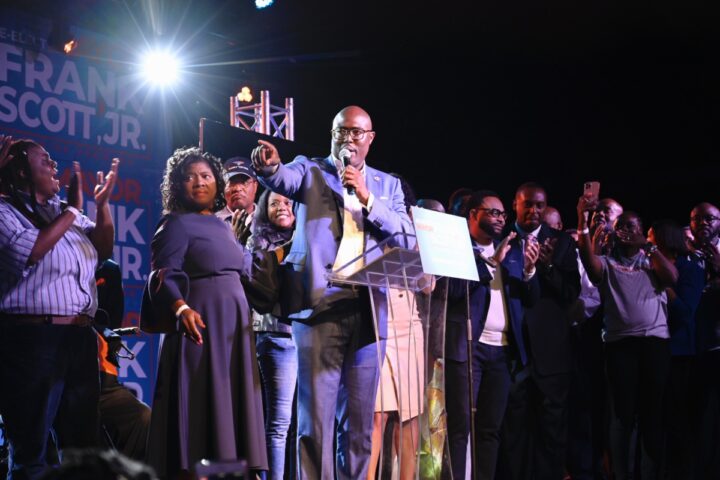 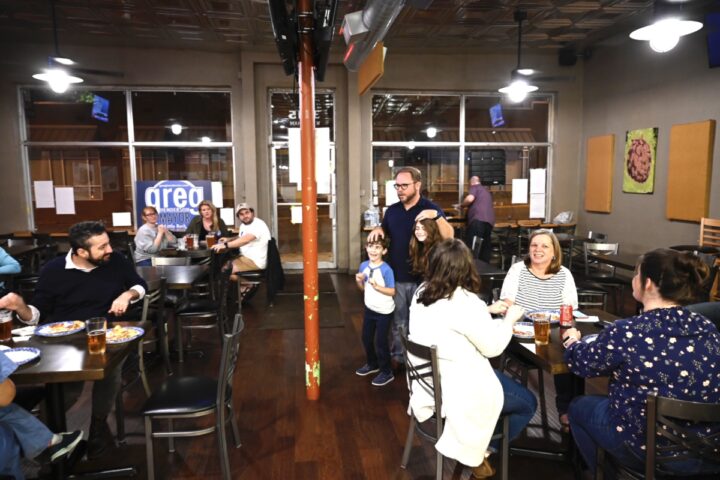 Guests were treated to pizza from Vino’s. There were about 20 people there when I arrived, around the time Sarah Huckabee Sanders came out to Eminem’s “Lose Yourself” to give her victory speech. I ate half a slice and downed a Kolsch From The Cold from Gravity Brewing out of Big Flat. 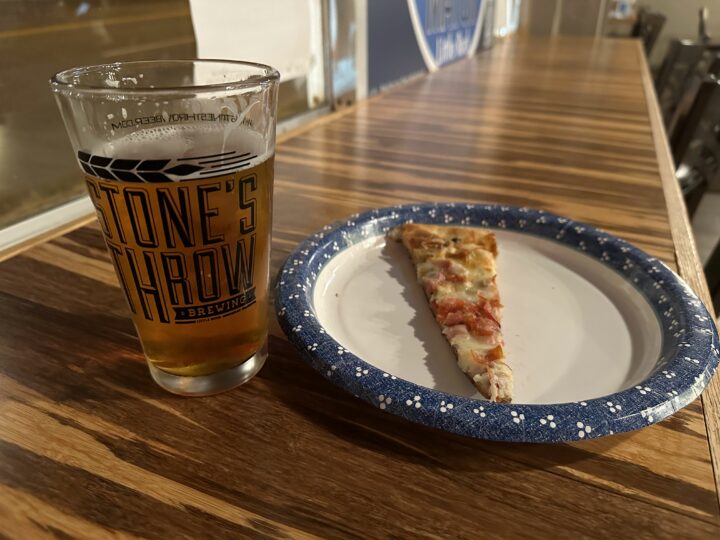 Eating my feelings wasn’t working. The Associated Press called Huckabee Sanders the winner at like 7:32 p.m. Jones campaigned his ass off.

Fittingly, I realized I lost my brand new press badge when I showed up at Responsible Growth’s party at the Capital Hotel around 9:30 p.m. Book banners probably stumbled upon it on the sidewalk and lit it on fire while cackling. At this point Issue 4 hadn’t been called yet, but 50% of the vote was in and it wasn’t looking good. But the food had looked solid two hours earlier when Coop sent this photo: 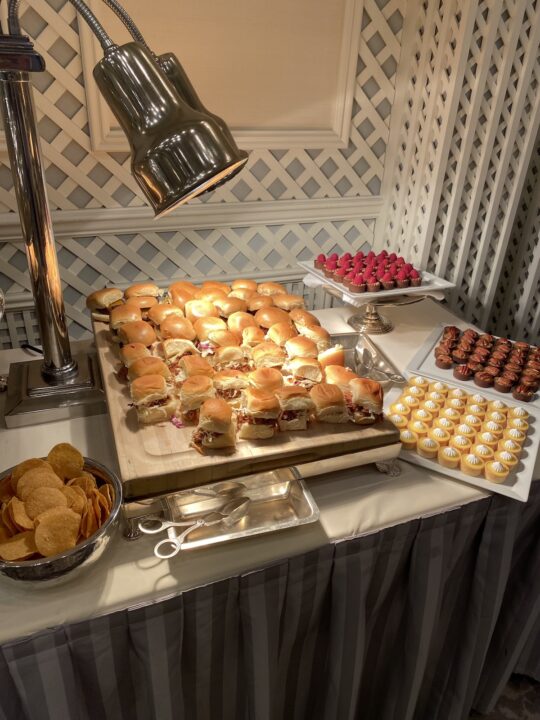 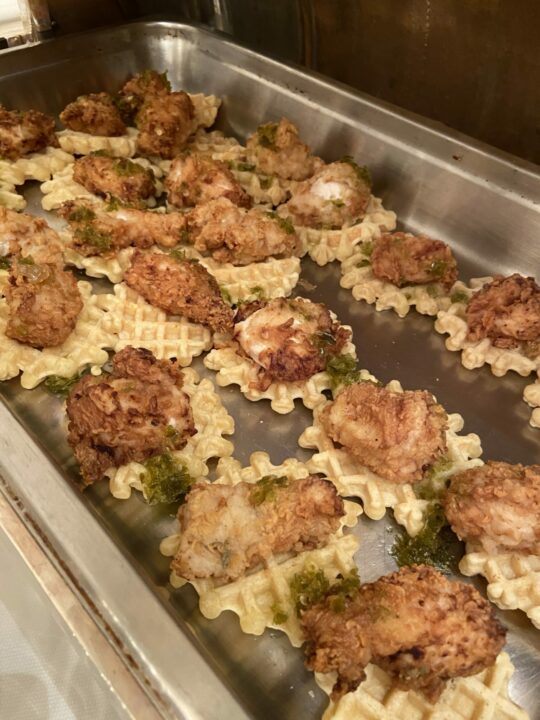 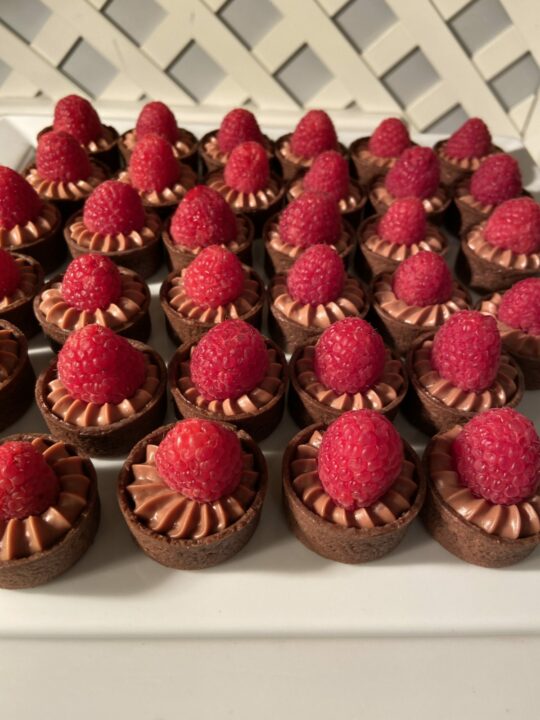 There’s was a microphone and lectern set up, but no one had spoken yet when I got there. Some fellow journalists I talked to said they didn’t think anyone was going to.

There were about 15-20 people there. I grabbed a pork slider that was probably incredible two hours earlier, a fried macaroni and cheese ball that was OK and a couple of mini pies: a chocolate cream with raspberry on top and a lemon pie. They were incredible. Incredible. 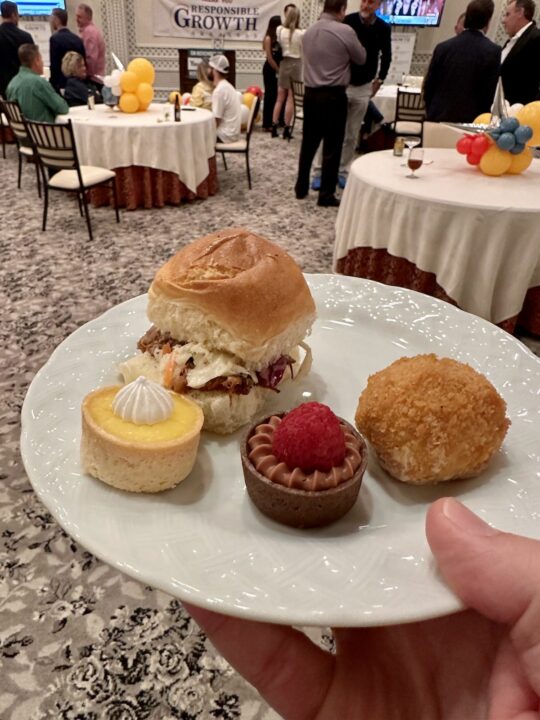 I didn’t make it to Sanders’ event but Arkansas Times photographer Brian Chilson sent me a picture of what I mistook for an omelette bar. 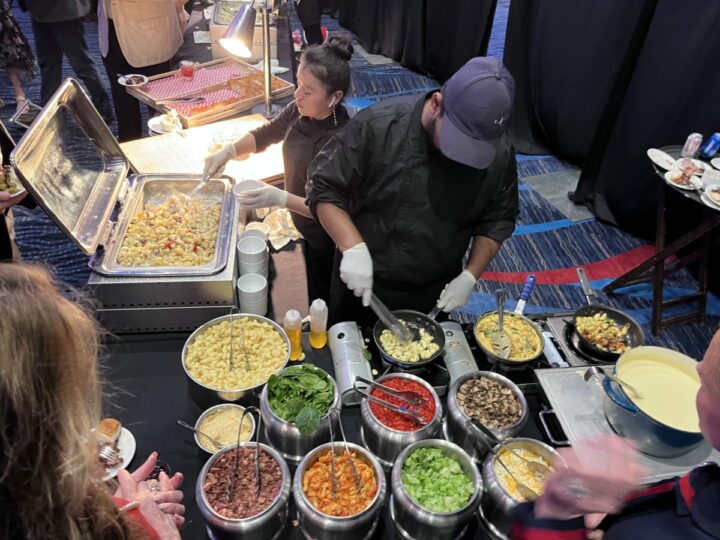 Chilson told me it was some kind of macaroni and cheese bar, and I don’t care enough to look up what that is or if it’s a thing because I’ve lost my appetite.