North Little Rock officials and others hosted an official ribbon cutting ceremony Thursday in Argenta for the first of two new outdoor street-side dining spaces or “parklets” in front of Reno’s, Skinny J’s and Crush Wine Bar on the east side of Main Street between Broadway and 4th streets. 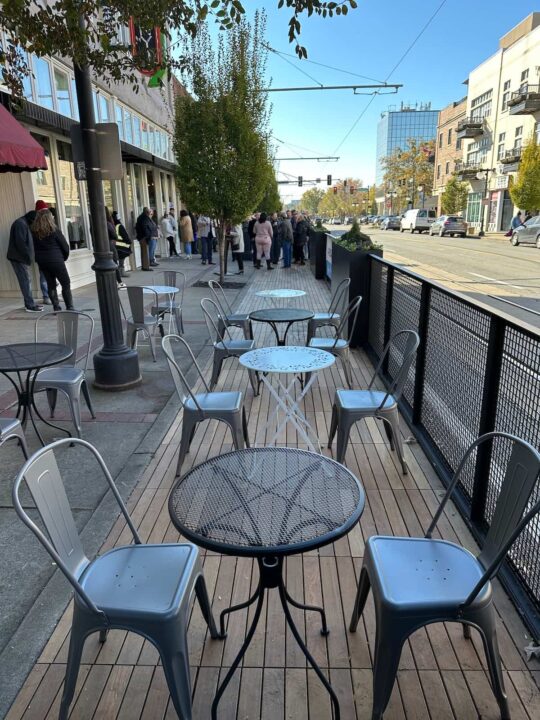 The same parklets are also in development on the west side of Main Street and appear to be near completion in front of Brood & Barley and Four Quarter Bar between 4th and 5th streets. 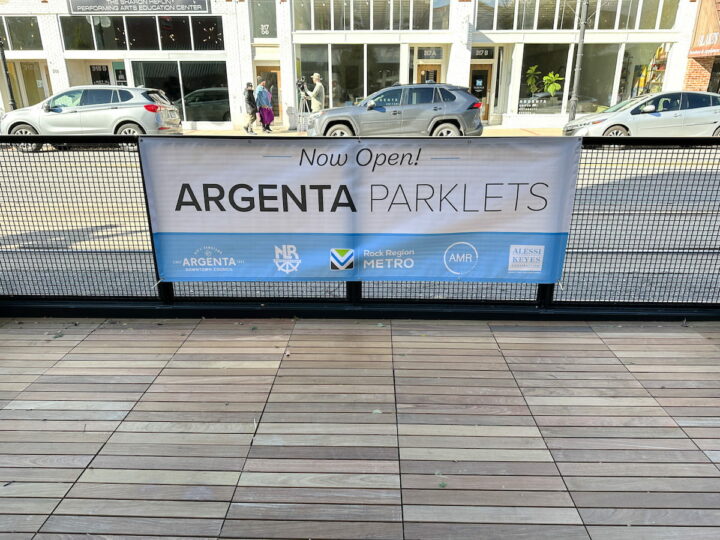 North Little Rock Mayor Terry Hartwick was scheduled to speak at the event and be one of the first official diners at the parklet, but he was out sick. Hartwick’s Chief of Staff Mike Davis spoke and dined in his absence.

Davis said hopefully these new parklets will inspire additional parklets in the downtown area and wanted to assure people concerned about parking that there’s still plenty of free parking in Argenta.

“We have events all the time at all the locations, and we still manage to get everybody down here,” Davis said.

Chris Kent, executive director of the Argenta Downtown Council, explained the inspiration for the parklets was born out of the pandemic and the success of the outdoor dining area at Flyway known as Tent City, the Argenta Dining District, which formed after the city of North Little Rock and the Argenta Downtown Council pushed forward plans for creating an entertainment district in Argenta. On the second weekend of the month between April and October, Main Street is closed off to vehicular traffic between Broadway and 5th Street for the Argenta Throwdown, which features live music, tables set up on the street and restaurant service outside. 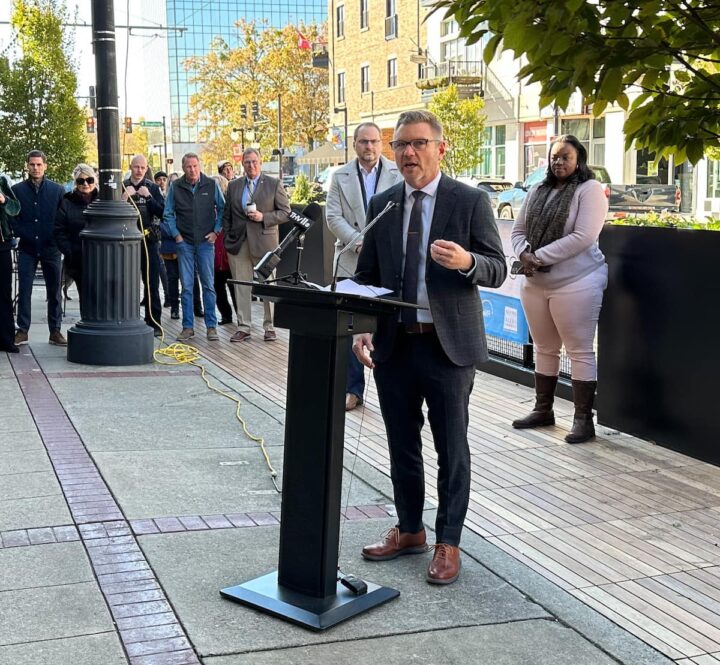 “As we were talking about what we could do to further this into a more permanent situation, we were talking with a previous director of Rock Region METRO, Charles Frazier, and we realized that we had some common interest in making these parklets happen,” Kent said. “They make it safer for people riding the trolley, they make it safer for people on the sidewalks. … They also give us a great place to continue this outdoor dining we’ve worked on so hard on for the last three years,” he said.

Jess McMullen, co-owner of Flyway Brewing and Brood & Barley, told a story about location scouting for Flyway when he first moved here from North Carolina. He said that after he discovered the building for Flyway he stopped in for a drink at South on Main and told some fellow bar patrons that he’d found a spot right across the river in Argenta.

“Everybody at the bar said ‘What? We’re never going to your brewery. We are never gonna cross the river.’

“I wasn’t from here and didn’t know what that meant and what that water line meant to the people that are from here and grew up here. I think we’ve broken that down a good bit,” McMullen said. McMullen said the parklets will create revenue for Argenta businesses and “create a whole new vibe to the neighborhood that we’ve been working to do to make Argenta a destination.” 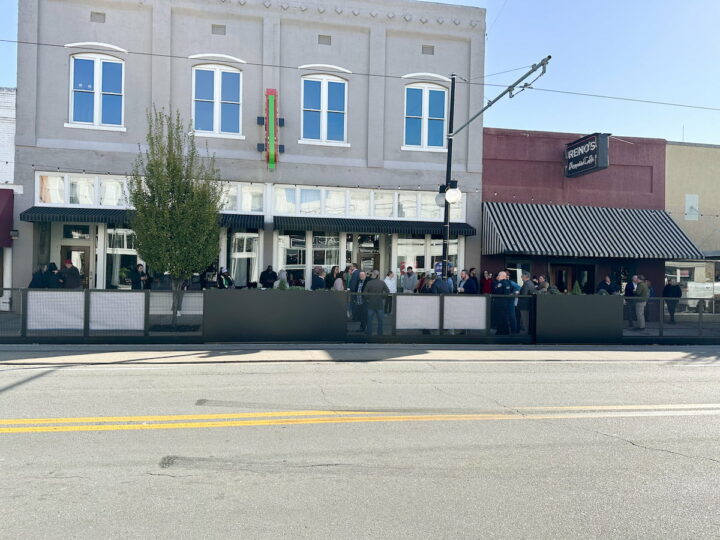 “These parklets are a perfect and excellent example of what transit-oriented development can do to help attract more visitors to an area,” he said.

Avery sat down with Davis in front of Skinny J’s and became the first official diners of the Argenta parklets. They were treated to hot coffee, a specialty dessert and a house bourbon bread pudding from Skinny J’s. 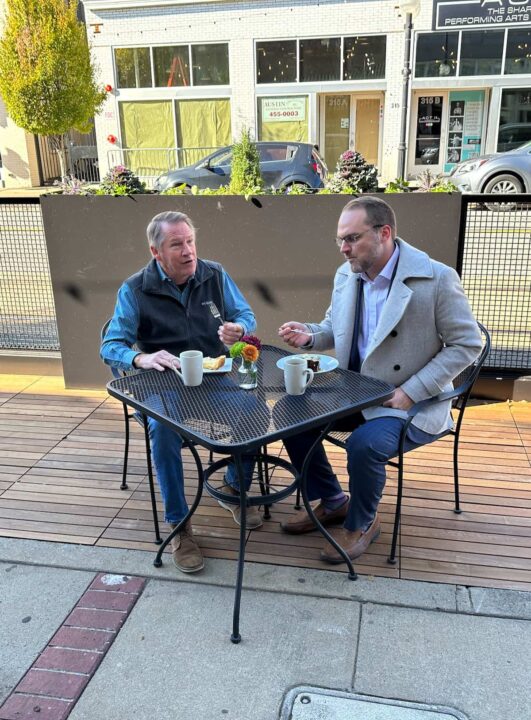 I overheard someone impressed with the design say to a friend that the wood flooring from the sidewalk to the curb couldn’t have been an easy transition for the contractors to make.

I also overheard the debut of the parklets in the cold weather was just a matter of circumstance and that they were initially expected to be completed earlier this year.