The U.S. National Team’s first match of the FIFA 2022 World Cup in Qatar was today, and a large crowd showed up to Hill Station in Hillcrest to watch the game and cheer on the team. The Americans are making their first appearance in the tournament since 2014, after failing to qualify in 2018.

The U.S. took a 1-0 lead in the 36th minute after a beautiful one-touch strike by Timothy Weah, courtesy of a delicious through ball from Christian Pulisic. Wales earned the draw on a penalty kick from Gareth Bale late in the second half. Each team earns one point in the group stage. The U.S. will play England Friday.

Aiming to be Little Rock’s World Cup headquarters, Hill Station management announced the restaurant would show every single World Cup game. That means the restaurant will have to open at 4 a.m. or 7 a.m. seven times during the group stage.

Flags from all 32 competing nations decorate the fence around Hill Station’s courtyard, beckoning fans and sparking some debate.

“We’ve learned a lot in the last 48 hours about flag etiquette and how they’re supposed to be displayed,” owner Daniel Bryant told me during a phone interview last week. “The neighbors have helped out. We have heard from a couple people that weren’t pleased with the display of some of the countries that aren’t known for their civil rights record, and we understand that,” Bryant said. Bryant said that having a dialogue and bringing these conversations to the surface is a good thing. 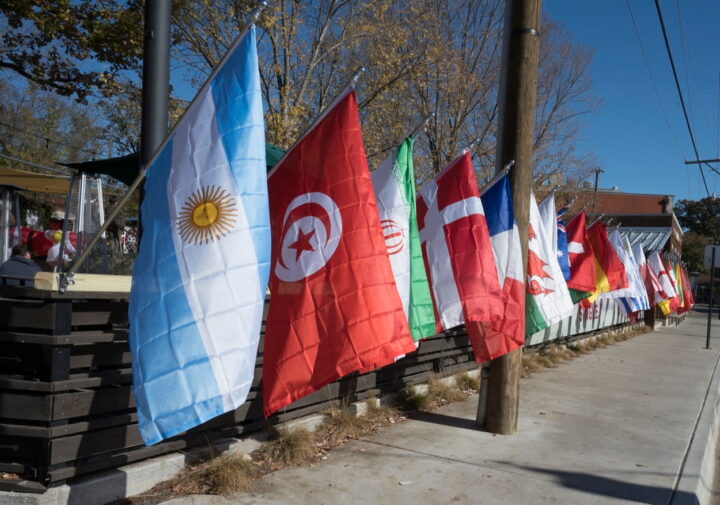 Criticism roiled this year’s cup since 2010, when FIFA selected Qatar to host it. In addition to accusations of corruption and poor treatment of migrant workers who died building the stadiums, fans have complained that homosexuality is illegal in Qatar. Just today it was announced that the countries whose team captains were planning to wear “One Love” rainbow armbands celebrating inclusion and diversity would be slapped with yellow cards if they chose to wear them. FIFA also recently announced to the horror of many fans who were already on their way to Qatar that the sale of alcohol would be banned at all eight stadiums.

Bryant said he’s been a soccer fan for years, and his fandom always ramps up around the World Cup.

“I have two kids that play soccer, and all their friends play soccer and while it may not have broken through in the U.S. the way it has the rest of the world, I think it’s getting more and more popular,” he said. “I want to continue that.”

Bryant said one of the things he appreciates about the tournament that happens every four years is the togetherness among all 32 countries and their fans. He said he wanted to give people a place where they could watch their teams play.  And by embracing the every single game mantra, Bryant said people will know their game will be on, no matter what time.

On Friday when the U.S. plays England, Kavanaugh will be closed off in front of Hill Station. A turf field will cover the road out front, with goals posted up so kids can play while their parents watch the match.

I asked Bryant what the staff thinks about being open for every game.

“Let’s just put it this way, it took me a little bit to get them as enthusiastic about it as I am,” he said. “But I have volunteered for the 4 a.m. shifts,” he said, where food will be available but the kitchen crew won’t be there.

“We’re gonna have the coffee on and some breakfast ready. We’ll manage, but I hope everybody will be pleased enough with us for making the effort to be here at four, they’ll cut us some slack until the rest of the staff gets here.” 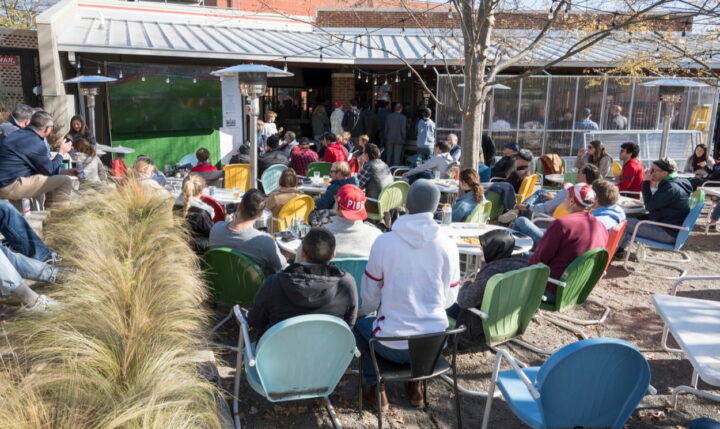 Hill Station is selling passports customers can get stamped with each game they watch. Anyone who collects all 32 stamps will be entered into a drawing, and Hill Station will send two winners to the World Cup in 2026, when games are being fielded in the U.S., Canada and Mexico.

“That’s another reason why it was so important to kick it off this year, so when we get it in 2026, we really have that momentum,” Bryant said.  Every local soccer organization and league is invited to hang banners and help decorate the restaurant for the tournament.

“Everybody’s welcome,” Bryant said. “That’s the main point of all this.”