If you follow the NBA you might remember that Butler started a coffee shop out of his hotel room during the 2020 playoffs in Orlando, Florida, when players were isolated in a hotel bubble environment to prevent COVID-19 transmission. Armed with a coffee grinder and a pour-over decanter, Butler sold his coffee for $20 a cup. Following the 2020 playoffs (Miami fell to the LA Lakers in the NBA Finals), Butler launched BIGFACE as a direct-to-consumer coffee and lifestyle brand.

Butler heard about Onyx while in Europe visiting the Amsterdam Hummingbird cafe. Onyx, a wholesale partner of Hummingbird, has been the cafe’s home roaster since 2021.

Soon after Butler and Onyx co-founders Jon and Andrea Allen were visiting a coffee farm in the Cundinamara region of Columbia, tasting and evaluating coffee for their collaboration. 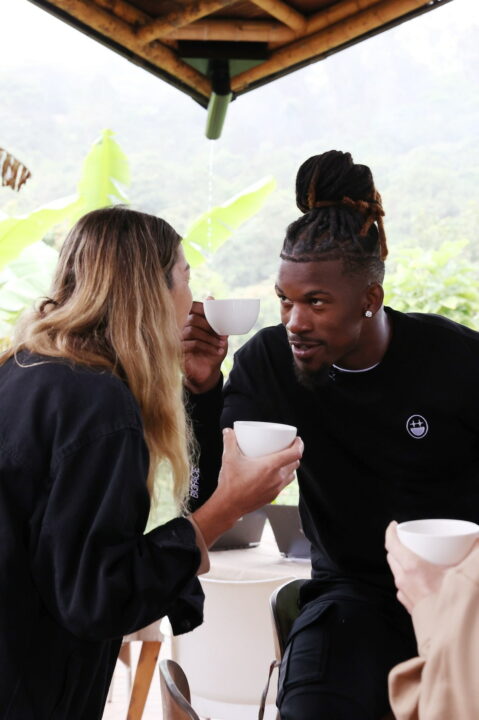 From the press release:

The group chose a multiple World Coffee Championship-winning Gesha coffee from the La Palma y El Tucán farm. It’s part of the Legendary series, a small lot making up just 1 percent of the farm’s production and representing “a culmination of sacred traditions, the absolute prized treasure of those deemed Legends … carefully groomed by passionate guardians to reach perfection,” according to the La Palma website.

“We tried the four best coffees in Colombia,” Jon Allen said. “The processes they use at the La Palma y El Tucán farm are unlike anything that is being done anywhere else in the world today.”

The coffee was produced using a unique bio-innovation process that starts with a 100-hour pre-fermentation. The result is a complex and velvety-bodied cup with bright, tropical notes.

Onyx has sourced high-end coffee for competitions, and other varieties for special seasonal releases from La Palma since 2013. 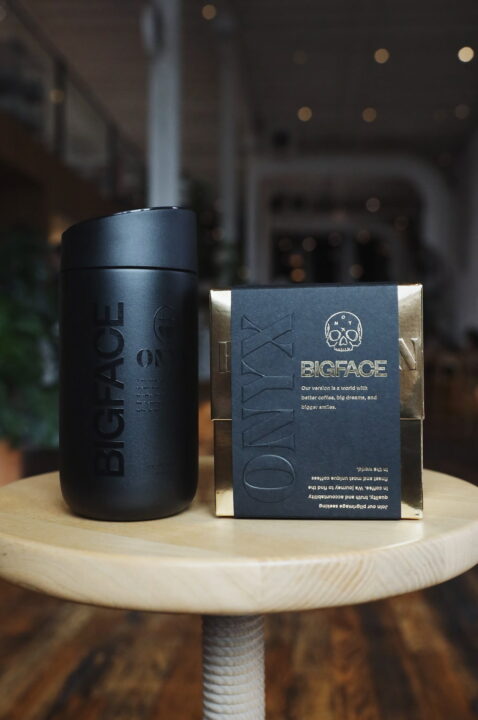 Andrea Allen conducted an interview with Butler on their trip to Columbia and admitted to him that she was so excited about his NBA Bubble hotel room coffee shop that she sent him some direct messages on social media.

“You were sliding in my DMs!” Butler said.

Allen asked Butler about his vision for BIGFACE, and he said he wanted it to be the best in the coffee world, but outside of the brand he wants to be the world’s best barista. “That’s another reason I love it; I get to whoop up on former barista champs. I’m not pointing any fingers or saying any names,” he said jokingly while motioning to Allen, who placed 2nd in the 2021 World Barista Championship in Milan and won 1st place in the 2020 U.S. Barista Championship in Costa Mesa, California. “I think you have what it takes,” Allen told him.