Instagrammers, if you’re not following Indiana artist and photographer Terry Border, and enjoying the way he’s adapting his brilliant catalog of “bent objects” for these troubled times, you’re missing out. Buy his latest, “Snack Attack,” at terryborder.com. SS

Robert Bean, the painting and drawing department chair at the Arkansas Arts Center, is one of many instructors who have moved their courses online, and he’s drawing right along with the students in his figure drawing class using models provided by the free Croquis Cafe video series (croquiscafe on Instagram or CroquisCafe.org). See his profiles in musculature and anatomy at his Facebook page, and check in on your favorite local artists; odds are they’ve got plenty to share from their studios, too. SS

Maybe you’ve seen the archive.org URL floating around the internet and not paid it much mind. It’s a nonprofit library of music, books, websites and software where one can while away hours. (There’s a huge chunk of episodes of this author’s program, “Arkansongs,” to be found there, among countless other time-takers.) For example, scan the files of Help!, an innovative early 1960s magazine edited by famed cartoonist Harvey Kurtzman, best known for his satire in Mad, when it was still a comic book. Help! was never a breakout success on the newsstands, but lasted for five years and became known for its fumetti strips — comic strips that use photographs instead of illustrations. In addition to offering sick burns on Barry Goldwater, Help! provided pivotal early gigs to Gloria Steinem, Woody Allen, Gilbert Shelton and Robert Crumb, and was where future Monty Python members John Cleese and Terry Gilliam first met. SK 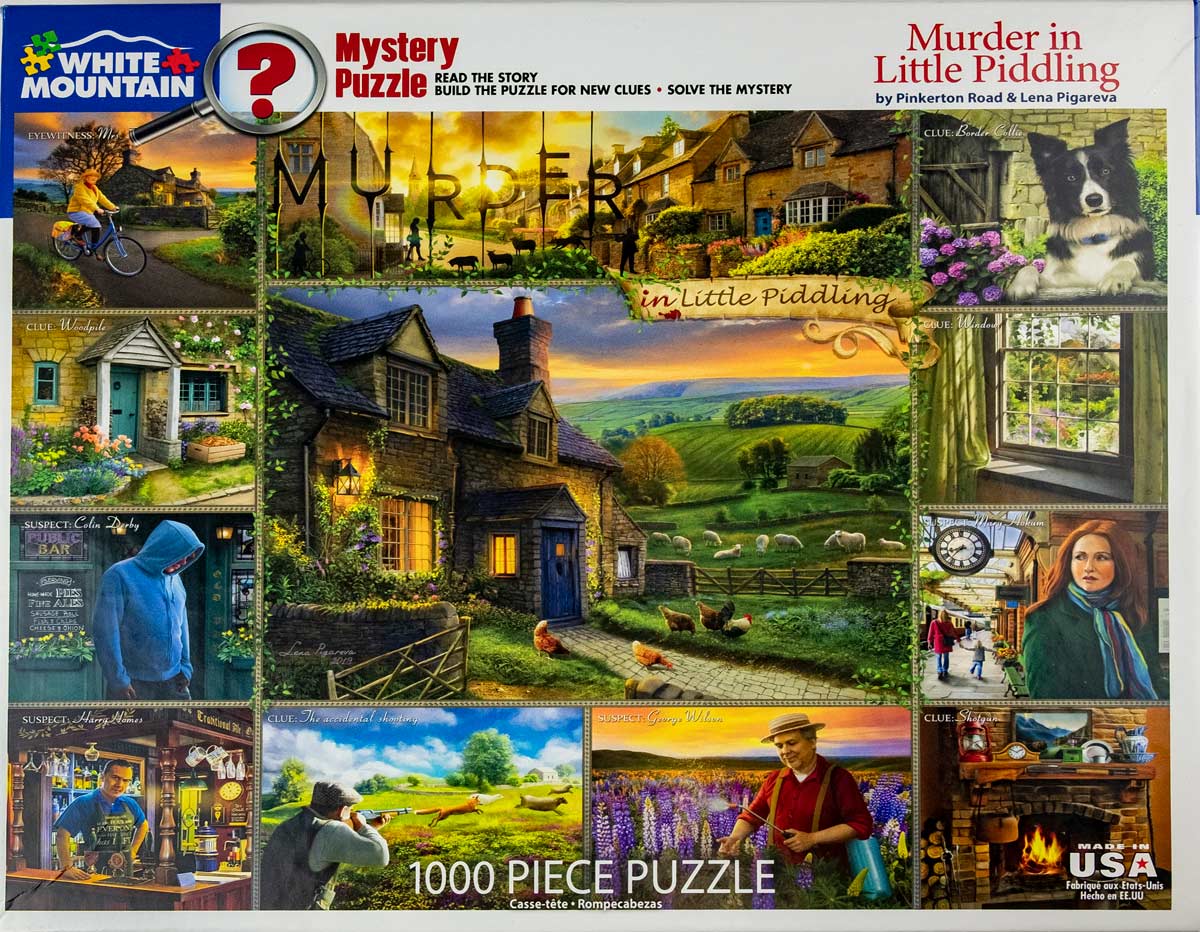 In these days of uncertainty, we all want to put the pieces together, make things fit, see the big picture. But no one, especially not the bronzed man with the flyaway hair, has all the answers on the coronavirus. Which is why, of course, we’re staying home. But you can still put the pieces together and get a big picture: Dust off that jigsaw puzzle you put aside that Christmas so long ago (or buy one new; as of this writing, bookstores are open). There’s nothing like obsessing over funny-shaped bits of cardboard, hooking them into other funny-shaped bits of cardboard and coming up with, say Tom Uttech’s immense woodland painting “Enassamishhinjijweian,” available at Wordsworth (simpler to just ask for that Crystal Bridges painting). Or order online a White Mountain Mystery Puzzle, which when completed shows a picture different from the one on the box, full of clues to figure out whodunnit. (May I suggest “Murder in Little Piddling,” $16.99 from White Mountain Puzzles. The company had a note on its website, whitemountainpuzzles.com, in mid-March that its warehouse was full and it was taking orders.) Or I can lend you the one I got for Christmas, Rebecca Campbell’s “Do Not Disturb,” a picture of a man sleeping beneath a gigantic bookcase full of lookalike volumes that will take you until next Christmas to finish. I gave up, and moved on to a peaceful scene of a Grecian isle. LNP