Grace, style and fashionable coats were on display at the inauguration yesterday of Joe Biden as the 46th president of the United States and Kamala Harris as the first female, first South Asian American and first African-American vice president in U.S. history.

Stylish as those looks were, the sartorial star of the day has become abundantly clear: Vermont Sen. Bernie Sanders sitting alone with his arms crossed looking a bit, well, unceremonious. The internet took notice and people started poking fun of Sen. Sanders’ thick coat and cozy, wool mittens with memes like this: 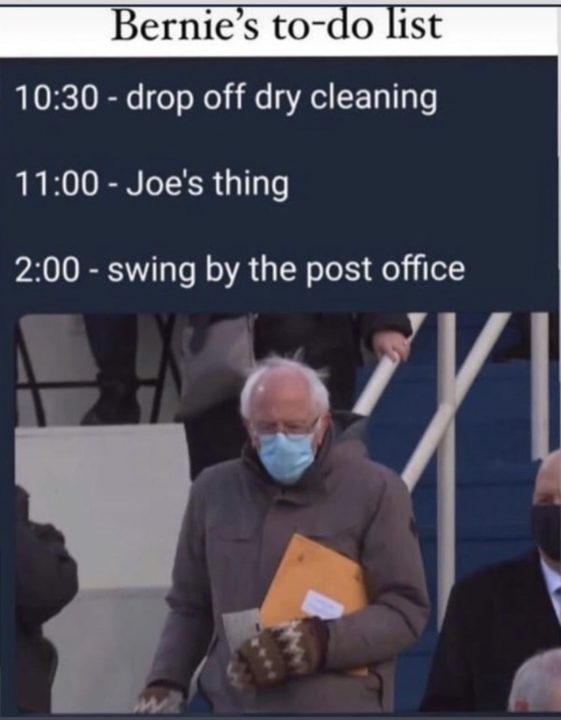 Soon after, memes of Sen. Sanders sitting starting popping up all over the country — in a New York Subway, selling band merch at a show, aboard the Millennium Falcon, sitting on a bus bench next to Forrest Gump. A “Bernie Sits” app was built. I think it’s safe to say that he’s the most meme’d person of 2021 thus far.

He even made his way to Arkansas today. He stopped off at AR-Tees, The Fold Botanas & Bar, Crying Weasel Vintage, White Water Tavern and even the Arkansas Times office downtown.