Billie Holiday, Ella Fitzgerald, Dizzy Gillespie, Louis Armstrong, Ray Charles and Duke Ellington have all performed in the Dreamland Ballroom at Taborian Hall, which has stood at Little Rock’s West Ninth St. for more than 100 years now. And this weekend, a lineup of local Black performers hits the stage for “The Dreamland Shakedown: A Celebration of Vintage Black Art.” The cabaret-style virtual variety show is hosted by Miki Gaynor and features live music from the Funkanites, vocalists DeeDee Jones and Ricky D Wade, comedy from Nate Williams and burlesque performances from Bastet Dafoe, Raven Rose and Maxie Fauna.

“I got really obsessed with old burlesque performances, and I came across ‘Burlesque in Harlem,’ which is basically a variety show,” organizer Meosha Howard — who also performs as Bastet Dafoe — told us. “So we’re basically going to cover the history of Dreamland, and of Ninth Street, and artists of the 1950s era.” Host Gaynor, Howard said, “is really great at making history sexy. … . We want to entertain, but also for people to be educated on our history that’s right down the street, and that a lot of people don’t even know about. … I mean, I literally live a couple blocks from Dreamland, drive by it every day, seeing [Arkansas] Flag and Banner, and I still really didn’t know about Dreamland until a couple of years ago. It’s important for people to know what blossomed in our city.”

“Gentrification is real,” Funkanites trumpeter Jose Holloway said. “When Ninth Street was poppin,’ and it wasn’t just Ninth Street, but the entire area, that was a Black mecca. You’ve got Philander Smith right there, and what was Dunbar High School and Junior College at that time, and our historic churches, and obviously, the Mosaic Templars. In a general sense, it was the most successful time for Black people in Little Rock during the Jim Crow South. But as history shows, anytime we have something good, it gets taken away.”

In segregated Little Rock, the Ninth Street area operated as a sort of city of its own until a federal Urban Renewal Project, ushered in by the Federal Housing Act of 1949, made property owners in the area targets of federal buy-outs, effectively shuttering businesses in what had once been a booming Black business and arts district. “As a jazz trumpet player,” Holloway said, “I want to give homage back to Dizzy Gillespie, to Snooky Young, who used to play with Count Basie, and to Louis Armstrong — literally, the father of jazz — and give that honor right back to ‘em through an artful event.” 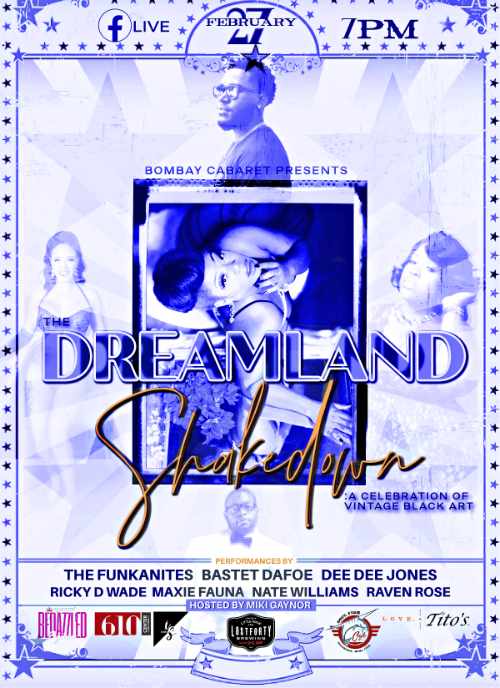 Holloway teaches a jazz ensemble in his work as an educator at Little Rock Southwest High School, and says fostering appreciation for “jazz language” among his students is part and parcel of the same mission. “I’ve spoken with my students about the genius of how the [Dreamland Ballroom] is constructed. You know, you go to these new buildings and you need the latest and greatest sound innovations. You need the $10,000 mixing board. You need the $5,000 speaker system, just to make it all work. Musicians talk about this all the time: This building was so ingeniously created that there was no sound system and I walked up and heard Miki killing the vocal part of ‘Stormy Weather.’ Killin’ it. No microphone. These Black people were such geniuses, they knew how to create this space with the perfect acoustics that didn’t require 21st century sound innovation.”

To perform at Dreamland, Howard said, is a bit like being possessed. “You go up the stairs,” she said, “and it’s almost like the hairs on the back of your neck stand up. It’s such a powerful and magical space.”