What the immediate future holds for our museum-going life is still a bit murky, thanks to the unknowns of the pandemic. But what is certain is that big things are on the post-pandemic horizon, with a spruced-up and expanded Arkansas Museum of Fine Arts coming in 2022 and a 100,000-square-foot expansion at Crystal Bridges Museum of Fine Art in 2024.

Crystal Bridges announced April 7 its plans for expansion of the Bentonville museum on the 120-acre grounds of the museum. The addition, which will feature two new galleries — one for the permanent collection, which now stands at 3,000 artworks, and one for temporary exhibitions — and new classroom and public spaces, will extend north into the ravine in which the 10-year-old museum is nestled. Renowned architect Moshe Safdie, designer of the original museum, has also drawn the plans for the addition, which will also make use of local building materials.

The expansion will further elevate Crystal Bridges’ status in the museum world, which initially scratched its head when Alice Walton announced she would build a world-class museum in Northwest Arkansas.

“Crystal Bridges: The First Decade,” July 10-Sept. 27. The exhibition will feature more than 40 works of art from the museum’s collection with programming including a tableau vivant of Maxfield Parrish’s “The Lantern Bearers,” self-portraits by local students paired with works in the show and the creation of an artwork in the galleries.

“In American Waters,” Nov. 6-Jan. 31, 2022. This museum-curated exhibition, scheduled to open in the Peabody Essex Museum in Salem, Massachusetts, in May, will feature maritime-themed work by such modern artists as Georgia O’Keeffe, Norman Rockwell, Paul Cadmus, Winslow Homer, Jacob Lawrence and Stuart Davis, as well as contemporary artists Amy Sherald and Kay Walkingstick.

“Cross Pollination: Heade, Cole, Church, and Our Contemporary Moment,” Nov. 20-March 21, 2022. Along with 80 works of art, the show will feature photographs and natural history specimens collected by the artists.

When an idea floated in 2015 to build a new Arts Center North Little Rock on the banks of the Arkansas River sank, trustees decided to revitalize the facility in its original home in MacArthur Park. With a contribution from the city of $35 million, the facility will honor its past by restoring its 1937 Art Deco facade at the entrance and welcomes future visitors with additional gallery, Museum School and public spaces.

The pandemic year has been hard on museums. The Momentary closed just weeks after it opened in 2020, though both it and Crystal Bridges eventually reopened with limited attendance by reservation. AMFA scheduled only one exhibit when construction began in 2019 on the new building and the Arts Center offices and museum school moved to a former grocery store on Cantrell Road. Because of the pandemic, classes were canceled in March 2020 and losses from tuition revenue amounted to half a million dollars, requiring furloughs of a third of its employees. Like the rest of the world, the museum turned to the internet, hosting its annual “Delta Exhibition” online and holding virtual classes.

The museum is keeping mum on what the first exhibit in the new AMFA will be. But, Director Victoria Ramirez said, the public will not have to wait until the reopening in May 2022 to celebrate the new AFMA: Before opening day, AMFA will invite the public to take part in creating an art installation so that “everyone can take part in the grand opening and be a part of history.” Details will be announced this summer.

When reopening day comes, Arkansans will enter a snazzy museum designed by national firm Studio Gang, with an overlapping petal-shaped roof allowing in natural light, five galleries, a new “glass box” theater and a gathering place for the community overlooking the park as well as classes and Children’s Theatre. Along with the as-yet-unannounced opening exhibition, works in all media from the permanent collection will occupy new gallery space.

This summer, though, Ramirez is unsure whether in-person classes will resume at the ersatz museum in Riverdale. “I’m not comfortable yet,” she said, saying the museum must continue to look out for the health of staff, faculty and guests even as people get vaccinated.

Increasing public participation is “critical” to the museum, Ramirez said, and behind the scenes the staff has been working to “answer the question who are we and what do we care about” and how to apply that “visitor-centric” identity to its offerings. The openness that implies would create more support from a public that has paid millions of dollars to the museum over its lifetime.

Even the trustees have been left out of decisions impacting this facility on city land: Though a name change from the Arts Center to the Museum of Fine Arts had been discussed with consultants in previous years, the board didn’t learn of the official name change until it was unveiled at a press conference called to announce an expanded capital campaign goal. The secrecy was required to create a “grand moment,” Ramirez said, but the museum still wants to be as “inclusive as it possibly can.”

“When we open, it is my sincere hope that the community sees our values reflected in the programming we offer,” Ramirez said, that the museum is a place that is “welcoming, engaging, inspiring and enlightening.”

Offering the public some form of the visual and performing arts during the plague year has required patience, grit and creativity. “Pivot was the word of 2020,” Historic Arkansas Museum curator Carey Voss said, as museums had to rethink classes, reschedule exhibits and revamp events normally held in person and essential to public support.

In 2019, the Historic Arkansas Museum, a place that celebrates contemporary art on its historic block in downtown Little Rock, hosted 27 exhibits. In 2020, it had five shows in the galleries and two blogged exhibits, Voss said. “I probably rescheduled the whole thing [exhibits] four times,” she said, and had to cancel some. With people finally getting a vaccine for COVID-19, Voss is feeling hopeful she’s redone the extended schedule for the last time.

HAM is limiting occupancy on the grounds to 30 people, the territorial period houses are not open and the hugely popular 2nd Friday Art Night events and “History is Served” dinners are still virtual, but Voss said things could change “at any time,” depending on what the state instructs.

Here’s HAM’s exhibition lineup for the next few months:

“Chromophilia,” May 14-Aug. 22, Trinity Gallery. Color and high-spirited playfulness are the focuses in this exhibition of paintings by Susan Chambers and ceramics by Aaron Calvert. Using highly saturated colors confined within drawn lines, Chambers paints garden scenes, some with whimsical 3D additions — a woodpecker, a birdhouse — to the frame. Calvert, who won a Grand Award at the 60th “Delta Exhibition” at the Arkansas Museum of Fine Arts (then the Arkansas Arts Center), creates stoneware animals on which high-gloss images have been drawn.

“Photographs from ‘Arkansas Made,’ ” June 11-Nov. 2023, 2nd Floor Gallery. Rett Peek’s photographs of the objects in HAM’s permanent collection that illustrate the two-volume “Arkansas Made” released in March will be on exhibition. 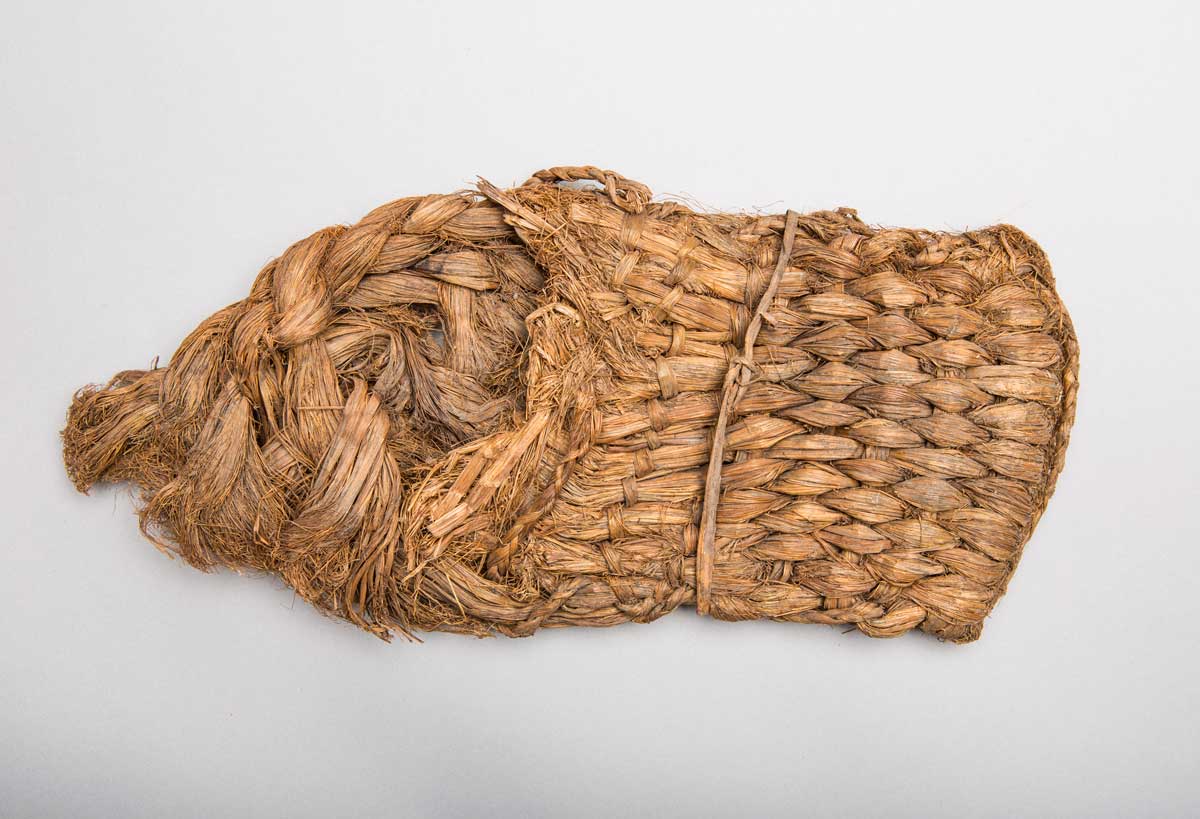 ARKANSAS MADE: Rett Peek’s photographs from Historic Arkansas Museum’s “Arkansas Made” volumes will be up at HAM in mid-June.

“Conspicuous Consumption,” Aug. 13-Feb. 2023, Arkansas Made Gallery. The objects featured in this semi-permanent exhibition — including a top hat made by a Little Rock milliner, a portrait by Henry Bird and silk dresses — give the lie to the notion that 19th century Arkansas was a backward place without refinement. (See also Peek’s photographs on the second floor to reinforce this truer history.)

“Tim Hursley, James Matthews, Peter Scheidt,” Sept. 10-Jan. 23, 2022. This exhibition illustrates that there is beauty in the banal, with photographs of rural Arkansas by Hursley, quilts from castoff clothes by Matthews, and modified found wooden objects by Scheidt.