Observation: There’s certainly something to be said for a live film screening and all its trappings — whispered commentary from your friend sitting one seat over, an excuse to eat a tub of butter delivered via popcorn kernel. But by and large, the movie medium is one that’s kept much of its thrill for audiences over the last year, despite its being relegated to virtual and streaming platforms — as opposed to, say, live music or theater. We were already used to doing most of our movie watching at home, anyway. And if you’re one of many who bought a home projector and rigged up a big white bedsheet on the wall during quarantine, you already know.

So we’re not heartbroken that Central Arkansas Library System’s Made in Arkansas Film Festival is, in the name of safety, going virtual this year, with screenings Thu., May 13-Sat., May 15. 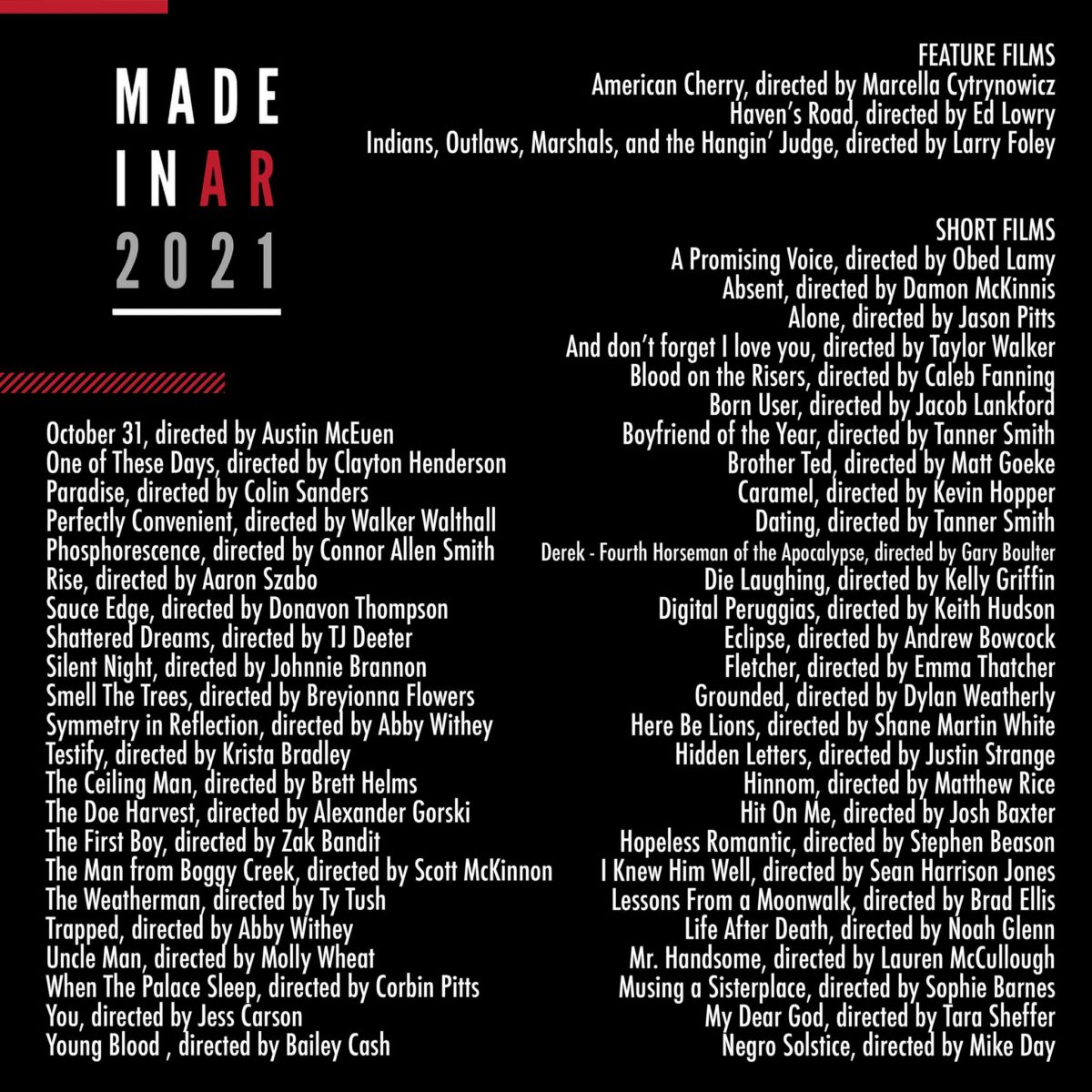 Registration is free, and you’ll need to do that here. Once you do that, you can access the screening platform by scanning the QR code in the email CALS will send you, or just click on the link here.

On the schedule: a five-short block of comedy films; a “horror/sci-fi/WTF” block; a portrait of the career of Judge Isaac C. Parker set against the backdrop of late 1800s Fort Smith; and our most-anticipated pick, TJ Deeter and Bryan Stafford’s “Shattered Dreams,” starring local poet Jamee McAdoo and featuring a 600-square-foot paper rainforest that Deeter constructed for use as part of the film’s backdrop.