Metalworker Michael Warrick, named the 2020 Arkansas Living Treasure by the Department of Arkansas Heritage, has been at it for a while now. He learned welding in the late ’60s in a high school industrial arts class and, a few years later, found himself working on large-scale mining equipment and railroad cars. It didn’t take long for his industrial skill to take a turn for the artistic, though; Warrick’s metalwork sculptures have found homes in parks in Changchun, China, and Hanam, South Korea. Here in the Little Rock area, his installations can be seen at the National Park Services Central High Museum, the Central Arkansas Library System, the Statehouse Convention Center, the University of Arkansas Ottenheimer Library, the CARTI Cancer Center and Bernice Garden. This summer, two exhibitions of Warrick’s work will be up at UA Little Rock in the Brad Cushman and the Maners/Pappas galleries. The first is a snapshot of works in clay, metal, stone and wood created over the last decade. The second is a site-specific installation called “Spirits,” and features seven “meditation portraits cast in Hydrocal with fiberglass reinforcement,” suspended at eye level in low light and meant to represent mentors and spiritual guides. The UA Little Rock art gallery’s hours are 10 a.m.-4 p.m. weekdays, and patrons can call 501-916-3182 with questions or to confirm a campus visit to the galleries, or view the exhibit online at artexhibitionsualr.org.

If part of an artist’s job is to make us view ordinary things through a different lens, then curator Haynes Riley is doing it right. Riley’s “Good Weather” pop-up art shows, often displayed in site-specific ways in a garage in the Lakewood area of North Little Rock, tend to tinker with the viewer’s feelings about gallery etiquette, time and even space; the press release for this exhibit lists its location in the form of latitude/longitude coordinates: “34°48’09.0”N 92°18’25.8”W.” Here, an offsite exhibit from fellow Central Arkansan Hunter Foster includes nine paintings situated “within a sculptural form of woven strips and opaque metal walls located in the center of a forested public park” — in this case, south of Burns Park’s dog park and just west of the Funland area. Made of dyed canvas, Foster’s pieces overlay the concentric circles of painted wooden tree rings, “engrained,” the creator said, “with a refusal of certainty (antagonistic, even, towards aboutness).” Good Weather’s pop-ups thrive on human interaction — an element sorely lacking in the world of visual art over the course of the pandemic — so visit during these Saturday afternoon “gallery hours” if you can. 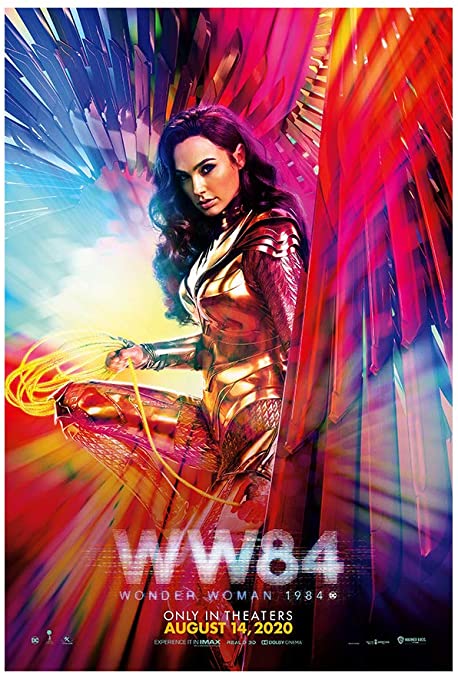 The Little Rock Convention & Visitors Bureau and River Market Operations are bringing back this summer movie series on the riverfront, with screenings of “Wonder Woman 1984,” July 7; “Raya and the Last Dragon,” July 14; “Bill and Ted Face the Music,” July 21; and Clark Duke’s “Arkansas,” July 28. Don’t bring: glass containers. Do bring: lawnchairs or picnic blankets, bug spray, leashed pets and picnic snacks. An adult must accompany all children under the age of 18, and an ID is required.

This lively Central Arkansas theater company was born in 2016 from a class UCA professor Adam Frank taught on theater and social justice, and has since been partnering with nonprofits like El Zocalo Immigrant Resource Center, Lucie’s Place and Just Communities of Arkansas to create unconventional theater work, often with the use of handcrafted masks and puppetry. Here, the company puts playwright and Hendrix-Murphy Visiting Fellow Andy Vaught’s radio play “A Honky Hymn” on air for three Sundays in July, with music from multi-instrumentalist/rock goddess Rachel Ammons. The play, Vaught said in a press release, is “part poem, part sermon, part country song cycle … . It follows the paths of four friends from childhood, through the war that separates them, and through the beliefs that seal their fates. It is the story of an America where the past mixes with the present, where the conflicts of yesterday find expression in the language of the modern age.” Catch it on KABF, or stream it on ozarklivingnewspaper.org beginning July 19.