If you’re of a certain age, the coin-operated video game arcade may still hold a special place in your heart. One game you may remember with a certain fondness — or loathing, depending on your level of hand-eye coordination — was Centipede.

Released in May 1981, controlled with a hard-to-master trackball instead of the more ubiquitous joystick found on games like Pac-Man and Asteroids, the game featured a multisegmented insect that squirmed onto the screen and descended through a field of mushrooms toward the player’s avatar, requiring the player to blast every maddening bit of the beast to keep it from nibbling away a quarter’s worth of lives.

As a younger woman, Dona Bailey — who now works in the Rhetoric and Writing Department at UALR — designed Centipede for Atari, taking the game from a bare bones idea, through pencil sketches on graph paper, to the pantheon of classic arcade games. In the process, she became one of the rare female pioneers of the multibillion-dollar video game industry.

Bailey became fascinated by computers as an undergraduate at the University of Arkansas at Little Rock in the 1970s, thanks to a statistics class she took at UALR that required what was then a marvel of modern technology: a pocket calculator. After graduating from UALR in 1975, Bailey worked for a time in Fayetteville before moving to Santa Barbara, Calif., to look for work and nice weather. She wound up getting a job at a General Motors plant in Goleta, Calif., where she helped program some of the first microprocessors used to control engine functions and digital instrument cluster displays.

Her fate took a turn, however, after she heard the 1980 Pretenders song “Space Invader” and asked a friend where the name came from. The friend eventually dragged her to a local dive bar, where they played a tabletop version of the classic video game “Space Invaders.” While Bailey killed off her three lives before she could even figure out how to work the buttons, she saw a similarity to what she’d been doing at GM.

“It’s a funny feeling the first time you play, and because there was such a build up to it, I remember that first time playing,” she said. “I didn’t really like playing, but I was able to see that it looked like so many of the displays that I used at GM. I just knew from that work that there weren’t that many microprocessors it could have had.”

After realizing the programming she already knew would allow her to design and program video games, Bailey hired on at Atari, the only woman in the arcade division, in June 1980. 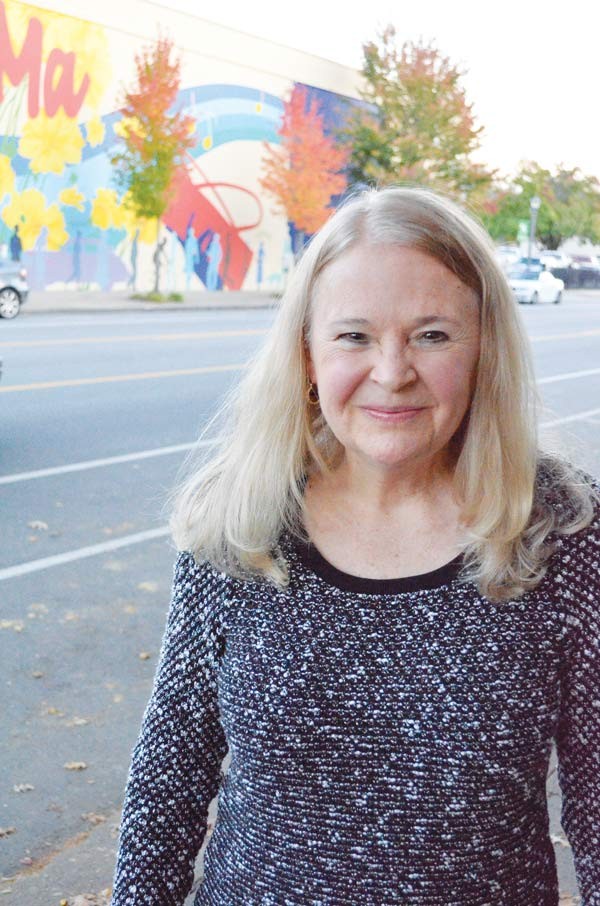 “I didn’t have as much technical experience as the people I would be working with,” she said, “but I thought I could bring a different perspective. I knew that if I could make a game at all, it would be really different. They were making mostly sports games and war games, laser games where things blow up. I knew I had zip interest in any of that.”

In those days, Bailey said, the tech industry was “the Wild West,” with companies openly poaching programmers and the industry as a whole thriving on a hugely competitive spirit — and a male-dominated workforce. Atari, Bailey said, was more like a frat house than a modern tech company. “It even smelled like a frat,” she said. “Just way too many guys crammed into one place.”

Bailey said the fierce competition at Atari manifested itself in a variety of frustrating ways. Many of her co-workers refused to share even simple snippets of working code. Instead, she said, many of them took an “I made mine, you make yours” approach that led to needless replication of effort. It was all very foreign to her coming from GM, she said, where the spirit was always one of having a common goal.

“I never want to give the wrong impression,” she said. “It was really fun, but it was also really awful, all at the same time, all wrapped up in one. … A lot of the guys were competitive and ambitious. They wanted money and they wanted to move up the food chain. They wanted to be a name in technology.”

Another way Atari differed from her previous employment, Bailey said, was that while she’d had the benefit of careful mentoring at GM, it was very much sink or swim at Atari.

“When I started, it was basically, ‘Here’s your cubicle, now make your game,’ ” she said. “I had no idea what to do. I didn’t have an idea. I didn’t know how to make a game. I didn’t know how their procedures worked. I didn’t know anything. I just remember thinking, ‘Don’t look like you’re panicking,’ but I was inside.” With little guidance, she struggled trying to come up with an idea. The games at Atari, she said, were often geared toward men. She was determined to do something different. “There was always the internal argument, ‘a football game is good enough. All the guys at the bar are going to love a football game.’ But I was always like, ‘What if movies had been like that? What if movies had only been for men?’ “

Finally, after weeks of struggling, a colleague took pity and gave her the company’s “game notebook,” a list of vague ideas for games gleaned from brainstorming sessions.

“It turned out to be about 40 game ideas, and 39 of them had lasers in them, and laser was spelled with a Z in every one of them,” she said with a laugh. “I was dreadfully offended by that. I’ve always been a big reader and have always valued good writing skills, and seeing all those ‘lazers’ spelled with a Z just pissed me off.”

There was, however, one idea that was different from the others: a multi-segmented insect crawls onto the screen and is shot by the player. Bailey took the idea and ran with it, becoming part of a team that went from that vague idea to machines rolling off the production line and headed for arcades in just 11 months. Bailey said the machine originally used buttons to control movement. They tried the more familiar joystick, but found that the movements needed to play the game were so large that the stick made a clunking sound as the player moved their character from side to side. Finally, they settled on a trackball, which allowed for quick movements from one side of the screen to the other.

When Centipede came out, it quickly became a hit with arcade gamers, so much so that Atari was forced to run two shifts of their Centipede production line to keep up with demand. Bailey worked on one other game for Atari before leaving the company in September 1982. She bounced around in tech companies on the East and West Coasts before moving back to Arkansas to take care of her aging parents, securing a job teaching at UALR. Even though she’s not as well known as some pioneers in the tech industry, the success of Centipede still makes her feel that she’s a part of gaming history.

“I was proud of making something people liked,” she said. “It was cool to see. Over and over, women told me, ‘It’s the only game I’ll play. When I go with my boyfriend to the arcade, I used to just stand around, but now I like to play your game.’ Guys played it, too. Everybody played it and they liked it. And that was very validating.”