There’s no lack of theories about why Little Rock is a greenhouse for inventive music; why references to the city pop up in celebrated lyrics long after the author who penned them has moved elsewhere. If you asked local musicians why music is one of the city’s chief cultural assets, you’d likely get many different answers: Rent is comparatively cheap enough to allow for time and space to practice and create. Little Rock is a perfect Goldilocks — medium-sized, big enough to foster a scene, but small enough not to be oversaturated. It’s eclectic enough that we don’t feel beholden to a “Little Rock sound.” Whatever it is, the creative pool is broad and deep enough to make a list like the one that follows possible — difficult to narrow, even. This 2016 roundup is in no particular order, is by no means exhaustive and is not necessarily limited to current residents (especially since 2016 was a big one for inspired expats like Kari Faux and Jason White). It is a handful of absolute gems unearthed this year, worthy of a spin and some admiration. 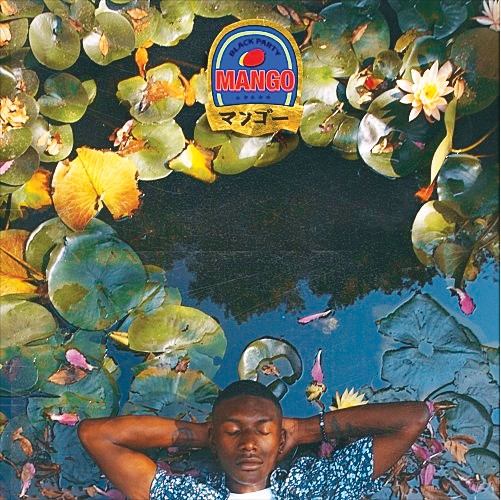 From Malik Flint, the expat who’s informed Kari Faux’s distinct sound (who features on the boudoir-bound “Show Me”), “Mango” was announced via Childish Gambino’s Twitter account last month. It was an 11th-hour entry for Best Makeout Album of the Year, and probably took that category with room to spare. There’s “Best View,” whose unflinchingly romantic lyrics were written by Flint’s father as part of a songwriting class, and which Flint’s video producer Ibra Ake rendered surreally with a video depicting Flint captivated by a bombshell taxidermist. There’s “Bloom,” a benevolent bestowal of good vibes that Flint wrote for his sister, 12 years his junior: “The galaxy in your eyes/Your hair is wavy as streams/I hope that you see the world/Hope it’s as kind as can be.” He’s a bona fide crooner, but never saccharine, always in service to the song’s vibe, and I’ve been listening to this on repeat for weeks. 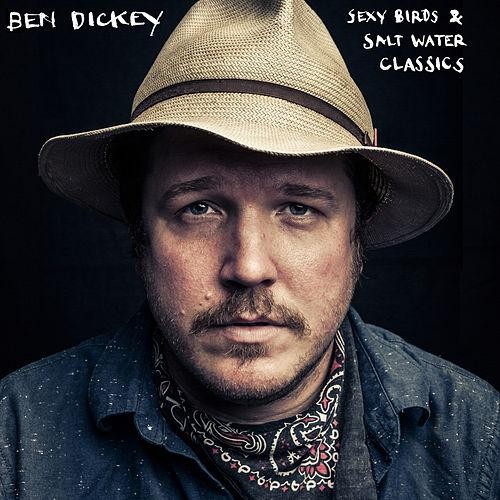 A gorgeous mix of metallic 12-string sounds and aquatic effects, Dickey (formerly of Shake Ray Turbine and Blood Feathers) channels George Harrison or T. Rex with his sweetly reticent vocals and unusual chord progressions to match. See “Down the Shore,” accompanied by an Ethan Hawke-directed video starring his daughter with Uma Thurman, Maya Thurman-Hawke. It’s an album to get lost in, one that couldn’t have been born of anything but a slow simmer in Dickey’s mind, decorated with haunting accents like the backward vocals at end of “Strathmere, New Jersey.” 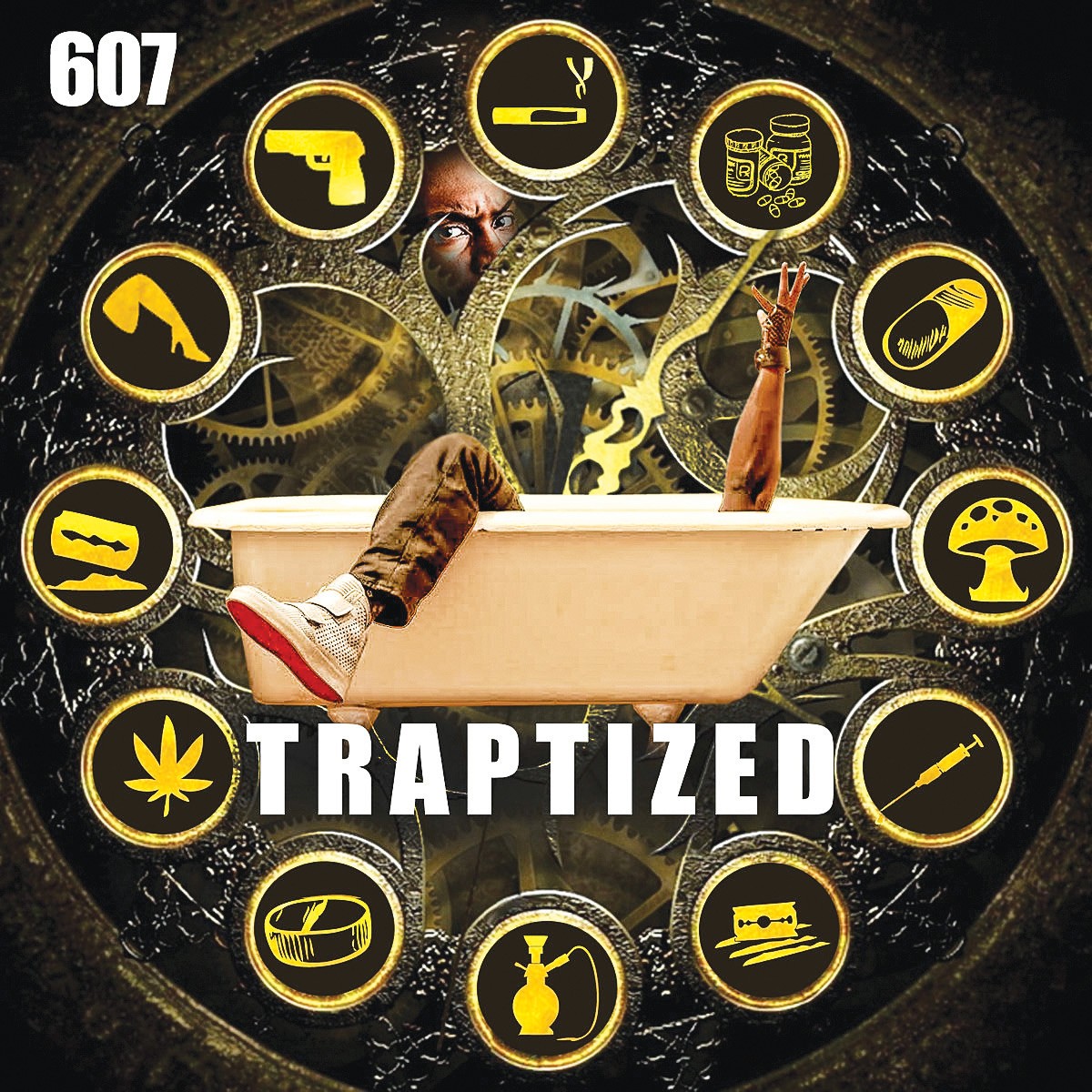 607’s 43rd album (yep) does not flinch: “Didn’t mean shit when the church buried my auntie and nobody paid; can’t dig up a grave/Pastor was milkin’ my grandma for years, don’t come in my face, bitch you better pray.” Sometimes paced a half-heartbeat swifter than the ear can process, this album requires repeat listening, even with references to familiar melodies like “Return of the Mack.” No matter, though — it’s a genuinely divine feeling to listen to a song once and come away with an impression of it that’s altered the second and third times you cue it up (see “Wash My Hands”). 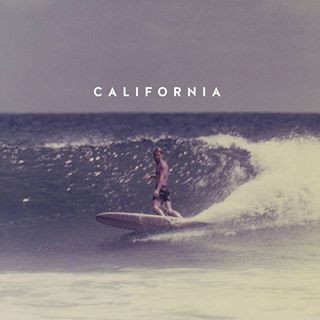 If post-Pinkerton Weezer and Green Day are anywhere on your playlists, this one’s for you. It was released in April, with just enough time to stabilize itself as a reliable windows-down summer jam, and it’s clean, bare-bones pop from Jason White (Pinhead Gunpowder, Green Day), Adam Pfahler (Jawbreaker) and Dustin Clark (Soophie Nun Squad), with a sweet little cameo from That Dog’s Rachel Haden. 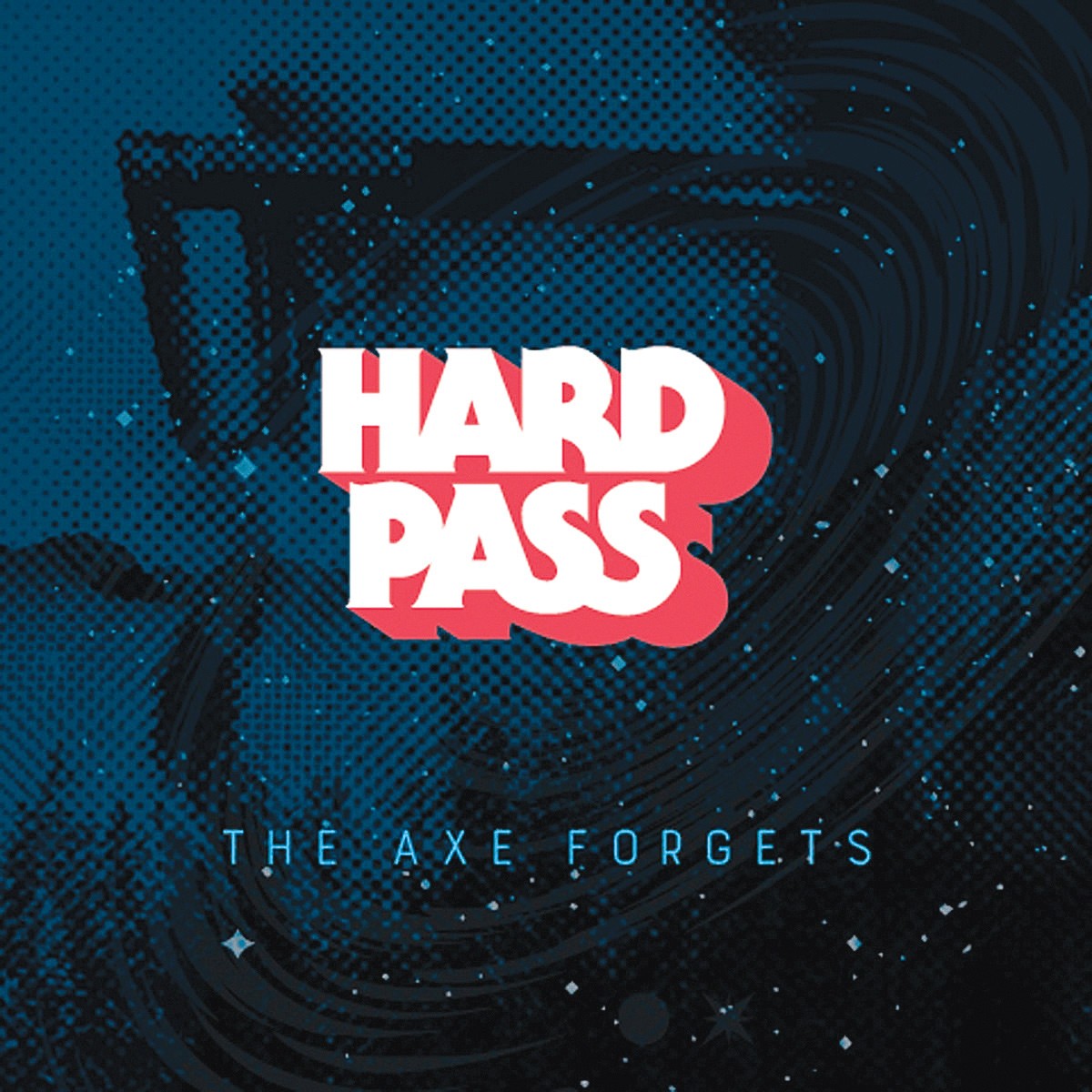 This is some dreamy stuff, straightforward love songs made for singing into a hairbrush in front of the mirror when no one’s home. Isaac Alexander puts his inimitable stamp on the keyboard work, and Chad Conder’s tenor is colorful and sincere; were it not for the fact that he plays drums for one of the most powerful vocalists in town, it’d be criminal that he doesn’t sing lead all the time. The album’s credits include Jordan Trotter (formerly of Grand Serenade), Will Boyd (Marvin Berry, R.I.O.T.S., American Princes), Ryan Hitt (Amasa Hines), Jonathan Dodson (Adam Faucett and The Tall Grass, Brother Andy and His Big Damn Mouth), Alisyn Reid (A Rowdy Faith) and more. Perhaps because of multi-instrumentalist Mitch Vanhoose’s production, the album’s not immediately comparable to any of the myriad other projects in which the band members are involved (over a dozen, collectively). 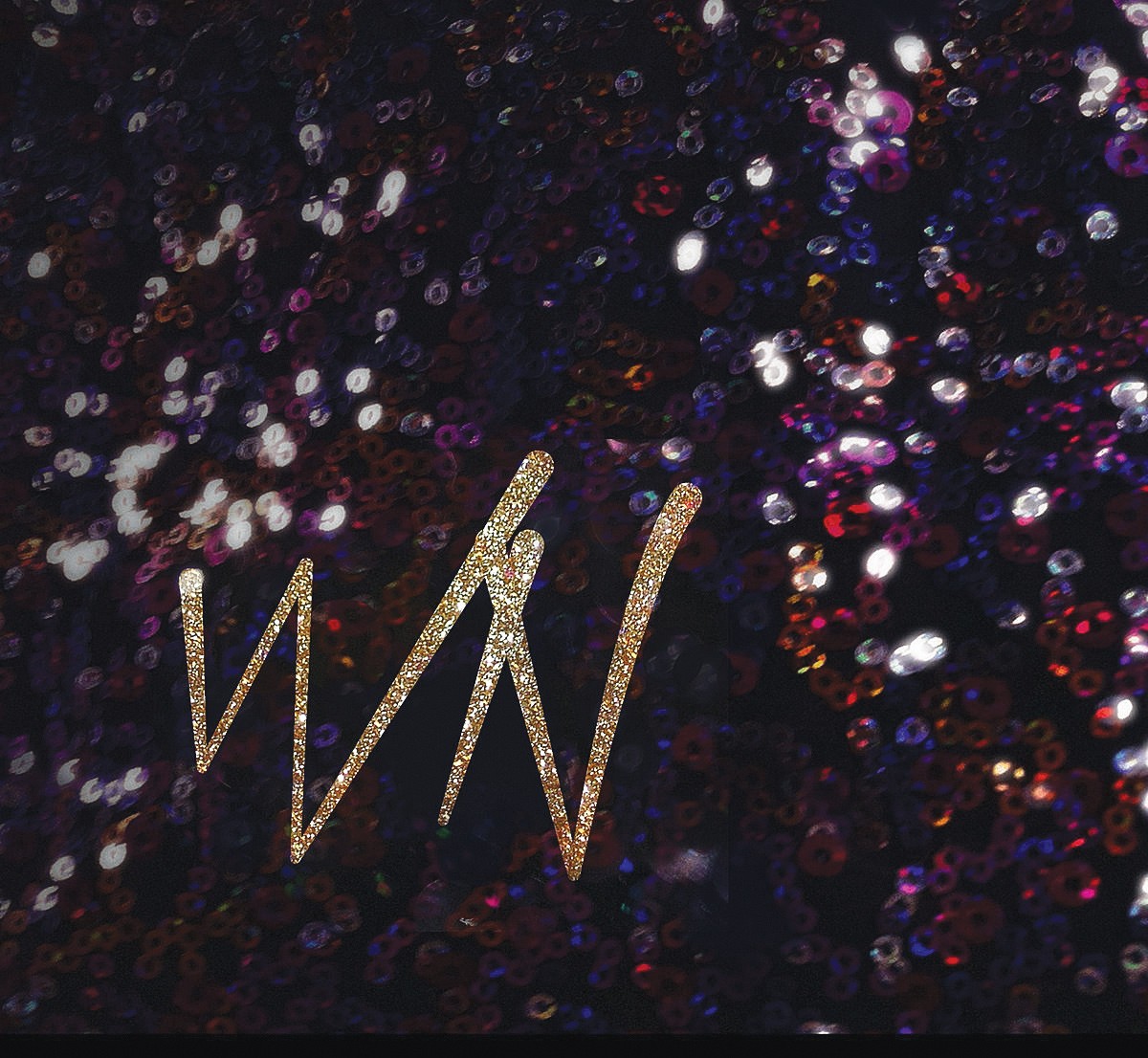 Given his experience as a visual artist with a penchant for realism, it shouldn’t have been all that surprising that Huddleston would so aptly sculpt a soundtrack to accompany the glittery nightclub images against which it’s set; the environs for Mark Thiedeman’s cinematic reinvention of a Dostoevsky short story. Especially lovely is the final track, “The Lutheran Church of St. Peter and St. Paul,” a tiny meditative denouement to counterpoint all that Dostoevsky disco. 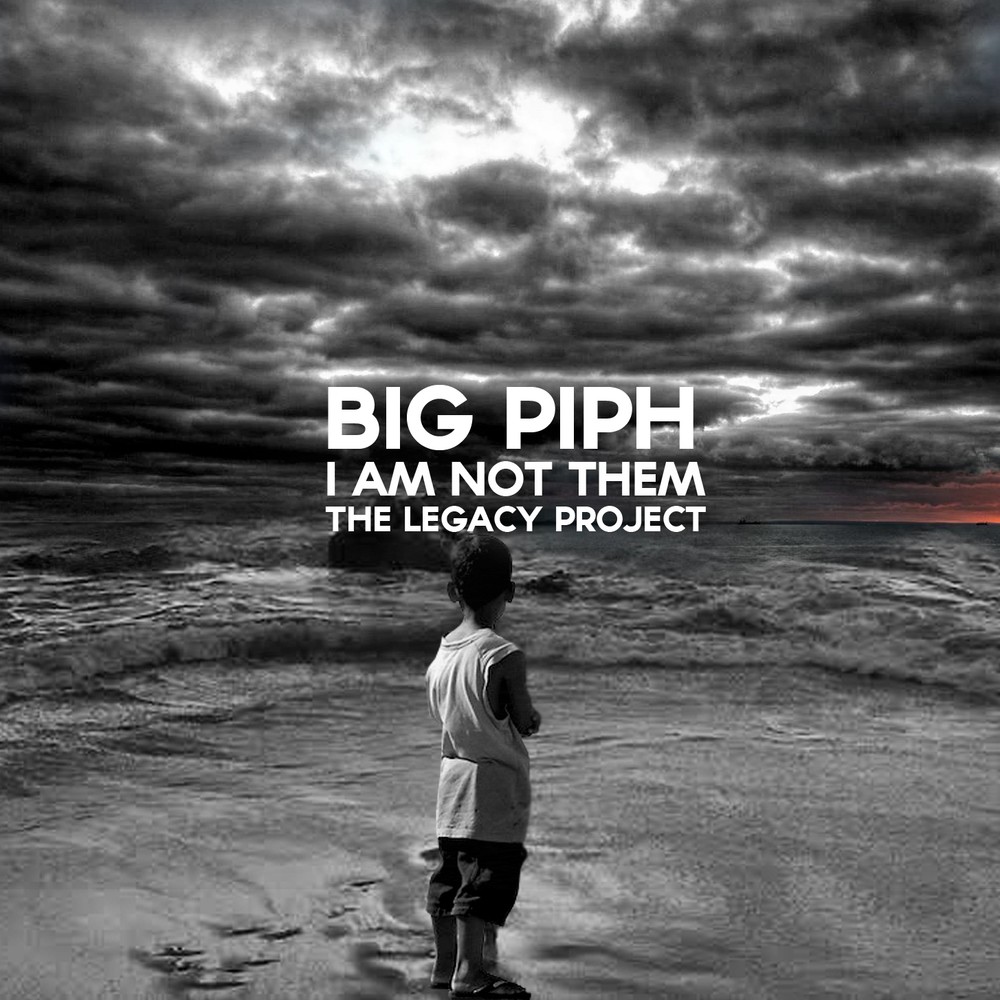 Big Piph, ‘I Am Not Them: The Legacy Project’

Epiphany Morrow released a labyrinth of stories in the form of an album this year, and then went and tore the puppet strings off the thing, making it a “living album,” complete with a time-release set of videos and content available on a free app for Android and iPhone. In Bijoux’s words, he pulled a “Beyonce,” although when I asked to quote her on that, she was quick to clarify: “Sure. Although I think the Legacy Project is beyond Bey. She shocked the world with a digital drop, but she didn’t incorporate an app (probably cuz she didn’t go to Stanford). And Piph’s not a millionaire with a millionaire spouse.” The accompanying app might seem like a gimmick, if the album itself weren’t brimming with depth and ingenuity. Particularly notable: the finesse with which he uses multiple “voices” opining on the same situation to illustrate the ambiguity of relationships; background vocals from powerhouses like Sarah Stricklin, Joshua Asante, Young Red and Dee Dee Jones and Bijoux; and abounding literary and historical references. 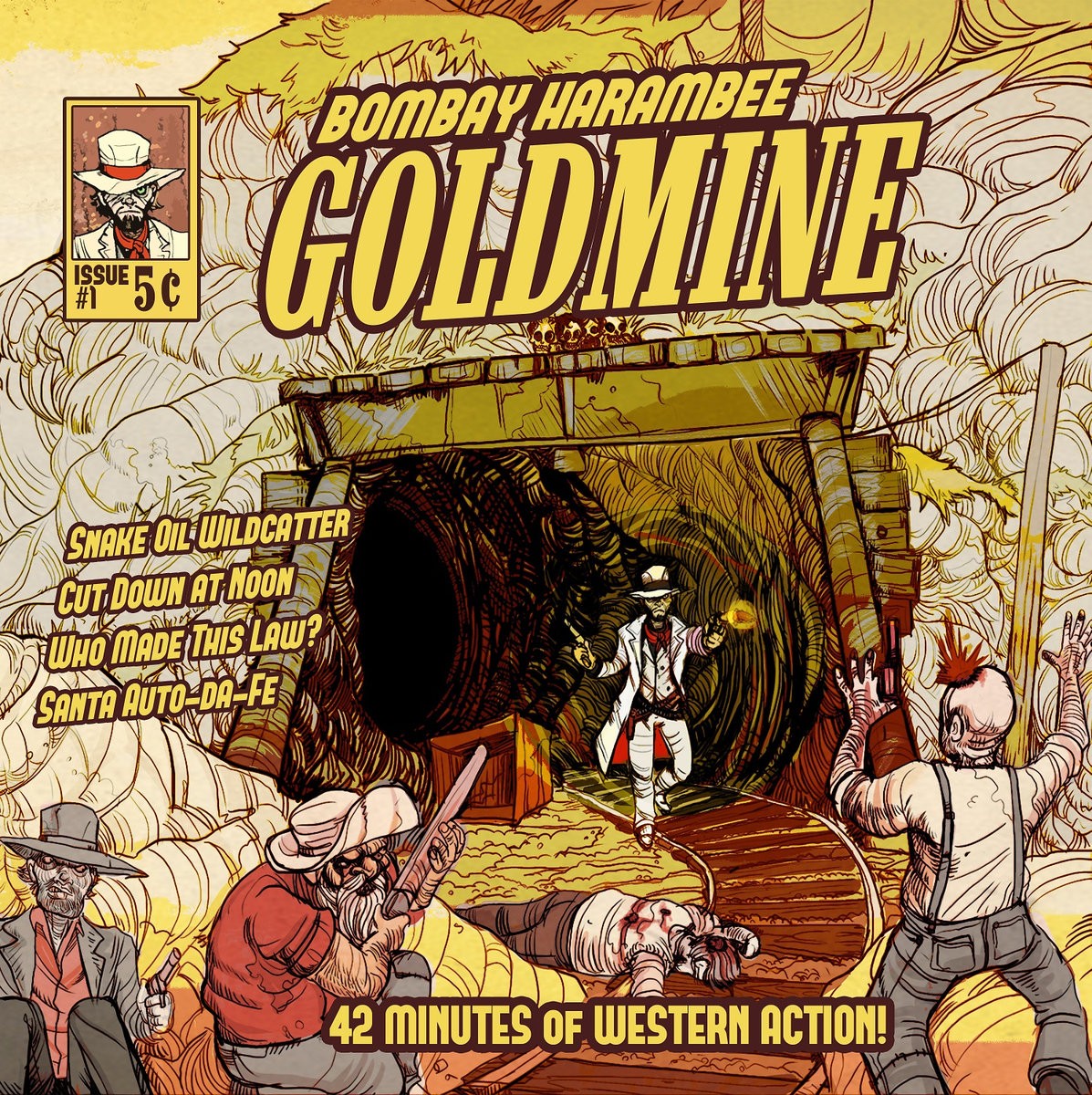 Twelve tracks of fuzz, frenzied alliteration and double-take inducing wordplay, Bombay Harambee’s latest is one I’ve kept on hand, in the car and in the headphones. Don’t miss the anomaly, “Enjambement,” a brief but lovely piano-driven respite from the amped ennui that dominates the rest of the album. 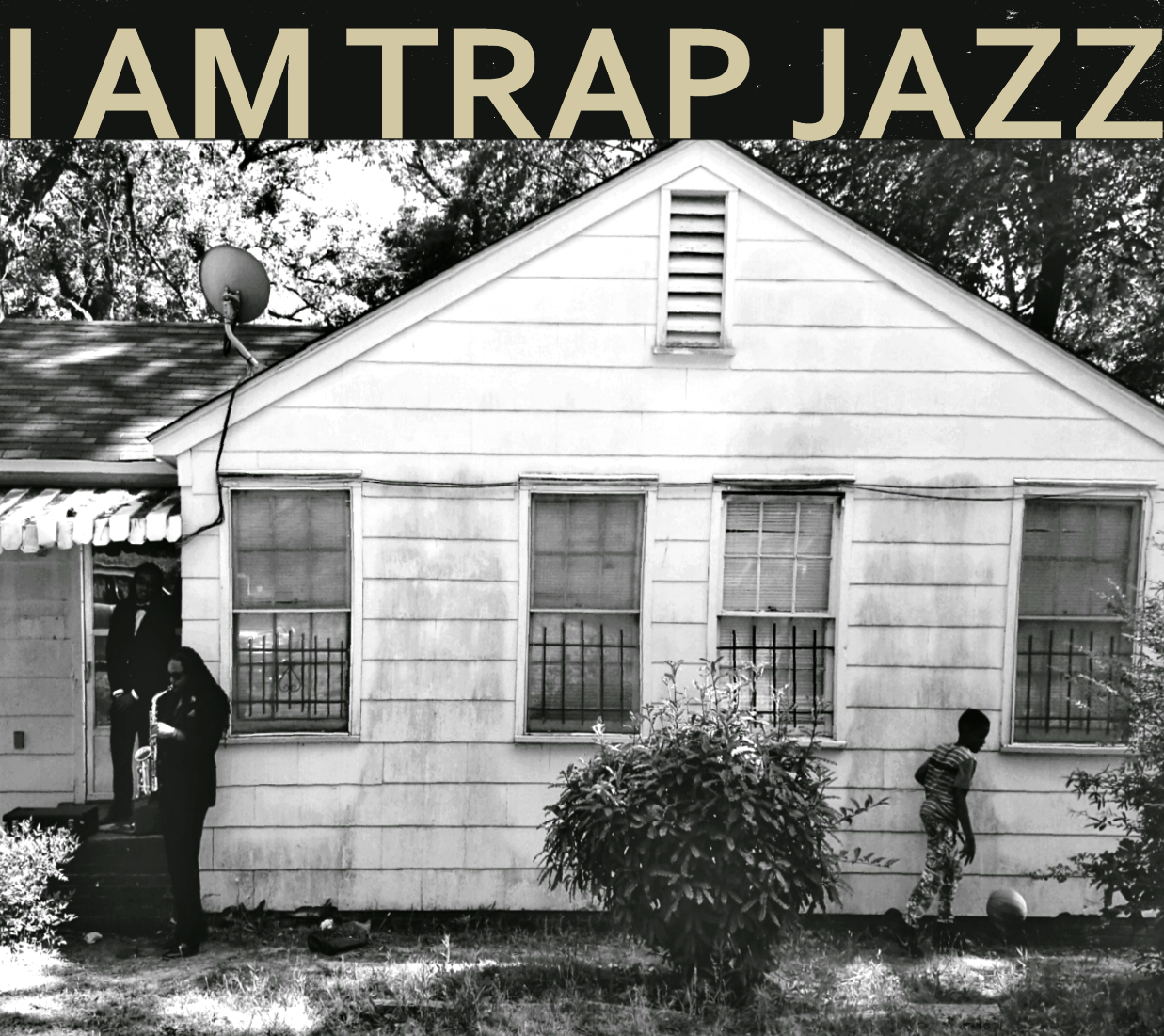 Peppered with sound bites from Quincy Jones and fat, isolated beats, Phillip Mouton and Quincy Watson — two members of TP and The Feel — have blended Moo’s improvised sax riffs, doubled-up harmonies and ruminations with rainy-night-in-the-city keys and methodical production, creating something the duo calls “trap jazz,” an ultra-chill sequence of poetic fragments that stays home from the party and has a glass of pinot noir and a charcuterie platter by the fire instead. 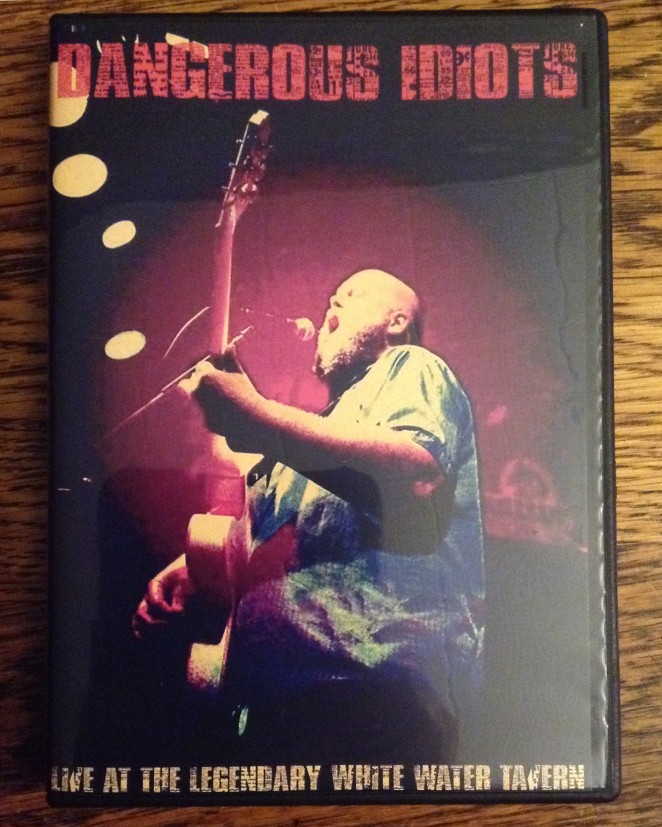 This shouldn’t be considered a substitute for being in the room when Dangerous Idiots hurl hard truths into the crowd via three or four solidly played chords, but the sound is engineered carefully enough to be a suitable stopgap. What’s more, frontman Aaron Sarlo’s lyrics cut closer to the bone than ever, as on “He Who Has the Information Is the Leader:” “It’s just a lack of information/There is no need to think the moon is the sun/Just waddle over to the Internet, but put on your thinking cap because there’s a lot of garbage on there/And, don’t get down/Don’t let it get you down/You’ll figure it out because we need you to.” 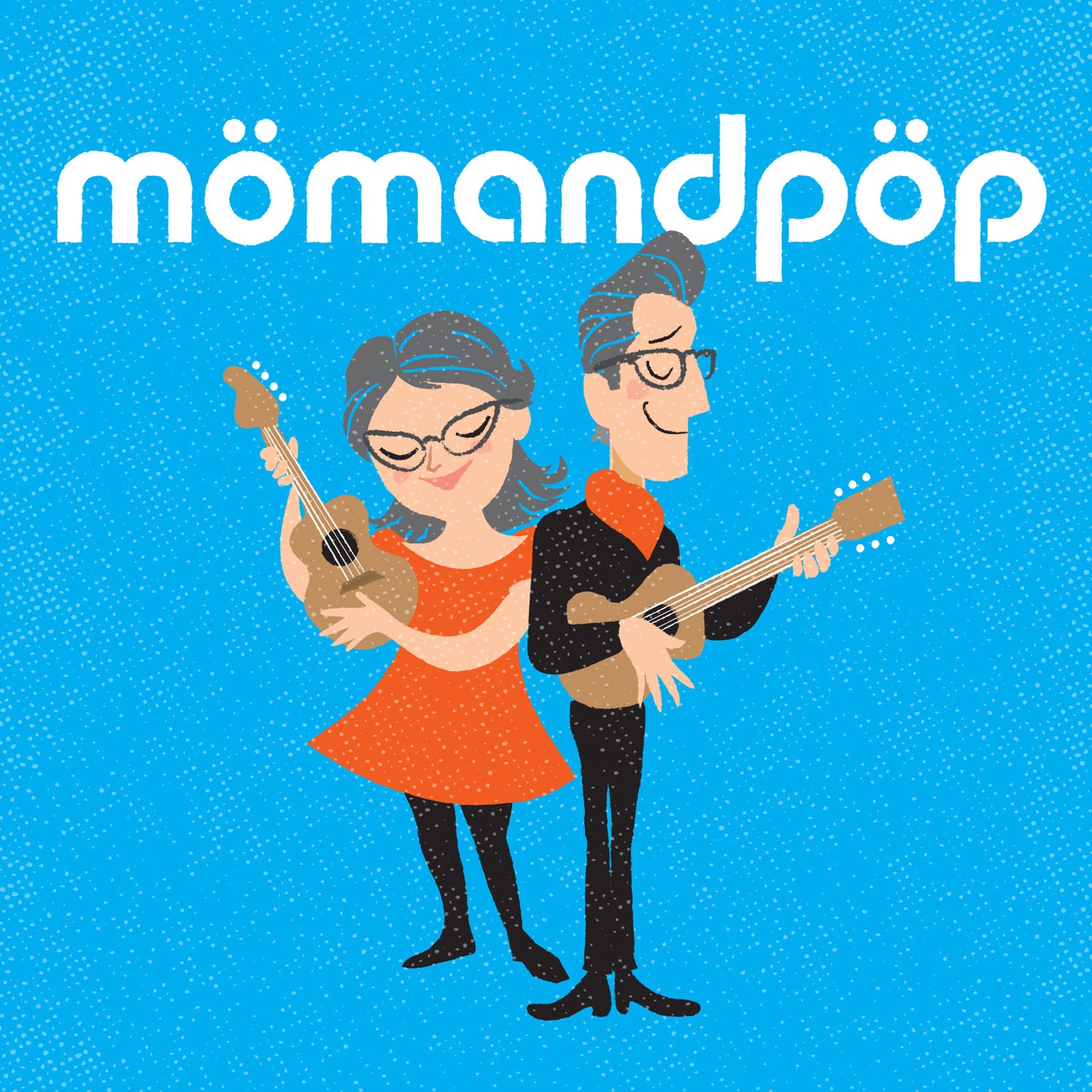 Recorded by Jason Weinheimer at Fellowship Recording Hall, this ’60s-inspired children’s album from spousal songwriting duo Virginia Ralph and Bobby Matthews has been in the works for a while and got an official release this year. It’s the aural incarnation of the show Matthews and Ralph put on at Arkansas schools — evidently delighting children to the point of joy-born tears — and it’s laden with character voices, dictums like “80 is the new 60” (“Old People Are Cool”) and warnings about the perils of not wearing socks.

Along with collaborator and friend Malik Flint (Black Party), Faux’s made the move from Little Rock to L.A., garnering a boost from Childish Gambino’s remix of her song “No Small Talk.” Faux made waves with uber-stylized pieces like “Supplier,” featured on the HBO series “High Maintenance,” and “Lost en Los Angeles” is an uber-boss bundle of sarcasm and swagger.