The light of the arts at UA Little Rock is no longer hidden under a bushel — or scattered between three buildings on a campus with zero parking. The new Windgate Center for Art and Design, the sleek, steel-clad building accented with narrow slices of windows at the corner of 28th Street and the UALR Campus Drive, contains the whole of the Department of Art and Design in one 64,000-square-foot facility. The union allows for “cross-pollination” of creativity among the department’s visual, 3D and applied arts students in classrooms making state-of-the-art technology, professors and administrators say. And it has free public parking. Don’t tell the students.

The opened to students in January, and its inaugural exhibition, “Building a Collection: Recent Acquisitions Made Possible by the Windgate Charitable Foundation,” is a fitting choice for a facility built with a $22.3 million gift from that foundation. A grand opening for the public, titled “CRE8,” is set for 7 p.m. to 9 p.m. Friday, Feb. 16. Studios will be open, food and drink will be served and scholarships will be funded from ticket sales to the event.

UALR is celebrating its collection in print as well with a doozy of a , “Highlights from the Permanent Collection.” A release party will be held 5 p.m. to 7 p.m. Friday, March 2, in the Main Lobby (just off the entrance from the parking lot). Many of the artists whose work is in the will be in attendance.

Gallery Director Brad Cushman — the voice of the “Picture This” short art talks on KUAR-FM, 89.1 — gave this writer a tour of “Building a Collection” in the main, second-floor gallery, which happens to be named the Brad Cushman Gallery. (Cushman’s name is the gallery at the request of art collectors Curtis and Finch, whose gift to WCAD gave them naming rights. They decided to Cushman for his 18 years of work to promote the arts at UALR. “It’s a little surreal, but I appreciate it,” Cushman said.) Most of the works on exhibit in “Building a Collection” were acquired over the past seven years with funding from Windgate, which has awarded UALR grants $65,000 for the purpose.

The show features contemporary craft in ceramics, wood and metal as well as sculpture, paintings, screenprints and photographs. A standout in the exhibition, literally and figuratively, is Connecticut artist Sylvie Rosenthal’s “Beacon,” an 8-foot-tall lighthouse fashioned of long narrow basswood slats and supporting a giraffe’s head where the beacon should be. Rosenthal carries off this whimsical work with panache, and the piece is smartly placed across the gallery from another basswood cylinder, Dustin Farnsworth’s “,” burdened by a towering headpiece. 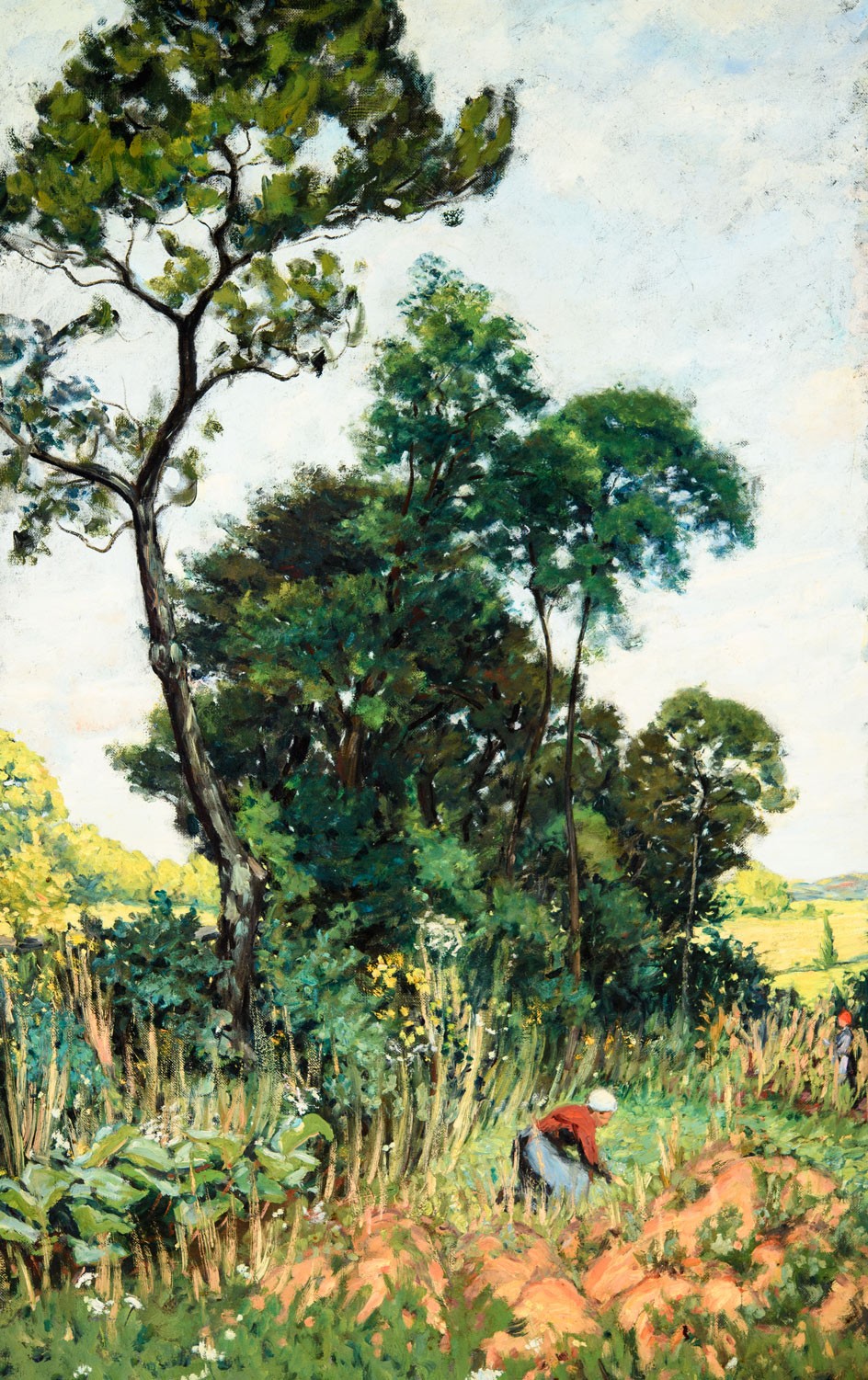 A couple of knockout two-dimensional works in “Building a Collection” are former Arkansas artist Delita Martin’s 69 inch-by-15 ¼ inch “Standing in the Night,” a mixed-media portrait of an African-American woman, and San Diego artist Marianela de la Hoz’s “Your Reflection Into Mine,” an adept egg tempera painting that explores gender fluidity. Crystal Bridges Museum of American Art in Bentonville was so taken with Martin’s work that it borrowed “Standing in the Night” from UALR for its 2015 “State of the Art” exhibition of rising contemporary artists from around the country.

Much of the work in “Building a Collection” was bought at auction at the Penland School of Crafts in North Carolina. Penland and UA Little Rock have a sort of shuttle going: Penland artists have shown at UALR (“The Penland Experience” in 2015); the university just lost its furniture and former art department chair Mia Hall to the craft school, where she is now executive director; Hall’s husband, metalworker David Clemons, an artist in residence at UALR through the semester, has taught at Penland; and the Windgate Foundation is a supporter of both Penland and the UA’s applied design division, created in 2006. That symbiosis has been a good thing for the university, both in the building, the collection and arts education.

“Bringing the applied design into our program,” Cushman said, “has raised the level of craftsmanship across the board. … You see these students doing these amazing metal pieces and wood pieces and start to talk about craft, and I can see that permeate into other areas,” into the 2D disciplines.

Among the several lovely, often clever, works of contemporary craft in “Building a Collection” are Andrew Hays’ “Cary,” a twisted book encased in steel; Susan Dewsnap’s beautifully painted ceramic piece “Inset Lid Jar”; Christopher Berti’s “Archetype Series,” a teapot atop a pedestal carved from a single vintage brick paver; Elizabeth Brim’s “Gothic Pillow” made of inflated steel, a technique she has demonstrated at UALR; and Jennifer Anderson’s “Mud Series: Eames Study No. 1, LCW Chair,” which is exactly as described in its title: an Eames chair made of adobe mud and steel.

A 38 ¾”-by-29″cyanotype, “Rest,” of a dead thrush lying in by Jaime Erin Johnson of Slidell, La., is a work that UALR’s photography students can study for its superb definition and composition. Cushman says the process of acquiring art for UALR has been exciting because “we get to buy things that mirror what we teach. We don’t have to have a single focus. We can get a little bit of everything.”

The exhibit also features work from artists who’ve been in residence at UALR, including Heidi Hogden, whose “Resurgence” is a stunning image of burning leaves drawn in liquid and powdered graphite; and metalwork artist-in-residence Clemons’ fabricated elegant wood and metal utensils with pig heads, “Chitlin Service.” 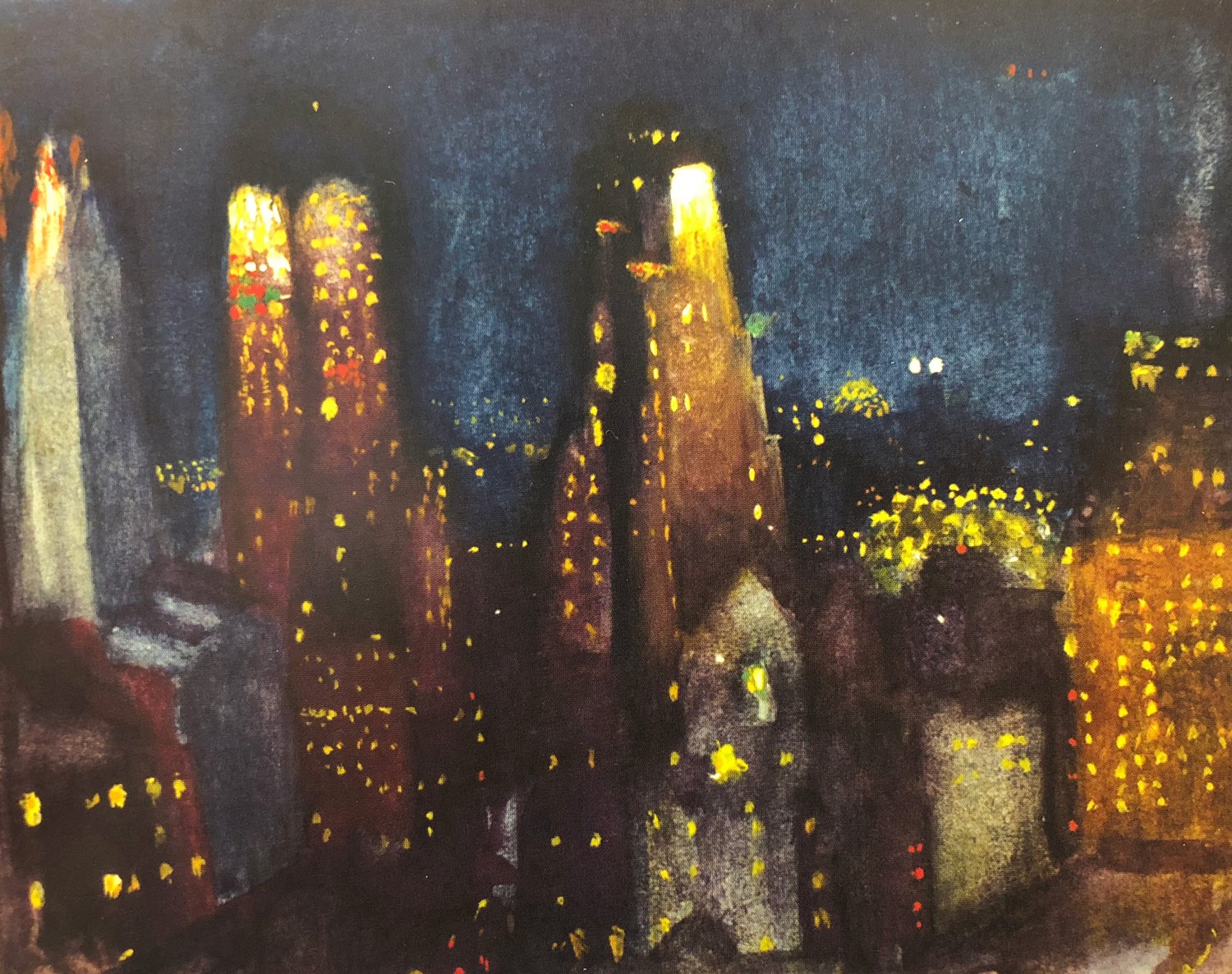 One of Cushman’s goals in acquiring works for UALR’s collection has been to “add diverse voices”; hence, the purchase of the Serie Project Portfolio, silkscreens created over 17 years by artists in residence at the multiracial, multicultural Serie Project in Austin, Texas. The portfolio includes numerous works by Hispanic artists; on view is Ester Hernandez’ “Sun Raid,” a stinging comment on the treatment of farmworkers in which the figure of a grinning skeleton replaces the smiling girl on the Sun-Maid raisin box.

Only a tiny percentage of the 1,600 works in UALR’s permanent collection are on view in “Building.” The “Highlights from the Permanent Collection” catalog, in which canny pairings of like works by different artists provide little lessons in art, reminds us of UALR’s other fine holdings, many by Arkansas artists, such as a 1927 Adrian Brewer painting, paintings and drawings by Elsie and Louis Freund and the late UALR professor Al Allen, and the Commonwealth College murals of Joe Jones. Works by some of the world’s greatest artists are at UALR, too: a 1919 Kathe Kollwitz woodcut, etchings by artist Giovanni Battista Piranesi, a 1906 photograph by Edward Steichen.

The Steichen photograph is put to use in “Discovering Kate Freeman Clark,” in the gallery. Clark was an American impressionist from Steichen’s era, the turn of the 20th century. Originally from Mississippi, she to New York with her mother and grandmother to study art; one of her teachers was William Merritt Chase, who taught in summers on his Shinnecock, Long Island. The exhibition, on loan from the Kate Freeman Clark Art Gallery in Holly Springs, Miss., is titled “Discovering” because of Clark’s decision at age 48 to abandon painting, put her work in storage in New York and return home to Holly Springs, where her career as an artist became forgotten. Clark died in and bequeathed her work to the town. City leaders, not expecting a great deal from the bequest of a woman whose career was unknown, is said to have been shocked when a moving van carrying 1,200 works of art arrived from New York.

Clark worked on canvases large — some life-sized full-length portraits a la Whistler as well as big landscapes — and small, on cigar box lids. Her 47″-by-29 ½” “Work out in Mississippi Grove” is a painting of a small figure in bent over a field edged by gorgeously rendered trees — trees that Cushman called “animated.” Another scene of a muddy field road is exquisitely painted, the puddles reflecting the light of an afternoon sky. A portrait of the artist by Chase that he traded for one of her paintings is here, as well as the sunny scene she gave him.

Cushman added the Steichen photograph as a way of showing what New York looked like when Clark was working and what the aesthetic of the time was.

He wonders if Clark quit painting when impressionism was no longer a la mode, supplanted by modernism after the 1913 Armory show in New York. There is an intriguing little work by Clark of the New York skyline that visitors to the John Marin show at the Arkansas Arts Center and fans of Georgia O’Keeffe’s “Radiator Building” at Crystal Bridges will want to see: It’s a nighttime cityscape, skyscrapers illuminated with of bright yellow. Perhaps she tried her hand at modernist work and was dissatisfied, but this is a tiny masterpiece.