This feature comes from our sister publication Arkansas Made, on newsstands soon and at arkansas-made.com.

Rachel Ammons is half of the beloved “” duo Tyrannosaurus Chicken and one-quarter of the internationally in-demand Ben Miller Band, which mixes folk, blues, bluegrass, country other odds and ends to make what the band calls “Mudstomp.” Ammons sings and plays , cello, guitar electric cactus. “Smilin’ ” Bob Lewis, her godfather Tyrannosaurus Chicken bandmate, is a luthier who keeps a shop in the back of Musicians Exchange in Van Buren. Ammons apprenticed under him for years, and the electric cactus was her doing.

“I was messing with a cactus at a friend’s house and noticed that the different spines made different tones. Not only that but some of the intervals were actually on a musical scale,” she explained. “I started with some combinations of 3 or4 notes, almost arpeggios that sounded kinda classical. It blew me away. The connection makes sense, though, if you look at the link between math, biology music.” She put a pickup on the cactus and likes to run it through effects pedals. She thinks it sounds just like a “kalimba mixed with a guitar.”

What are you working on?

I’ve started work on a collection of songs to be released as a solo EP to offer to people to donate to a fund for my father, who has lost both legs due to hospital-borne infection and was then paralyzed from the waist down by a later surgical error. I want to renovate my parents’ bathroom and other areas of the house to get his standard of living back up to a more acceptable level. My mother, a disabled cancer survivor herself, is his sole caretaker and it’s really difficult for her. She does it all with a smile and the love between them is an inspiration, but I’d like to be able to make their basic situation more tenable.

Where is your favorite local spot to gather inspiration?

I like to go to any place that’s deserted or run down. I feel like I can connect with the people who used to go there more than I can in a place with more life; it’s like I can feel the ghosts of activity more easily through the quiet. I like the wind stirring tall dead weeds; old playground equipment that kids have scratched and scrawled words on, charged with the emotion they had right then; cracked pads of concrete that you can’t even tell what they were used for in the middle of a forest clearing — stuff like that. Allsopp Park in Little Rock is pretty, too.

My favorite drink in Little Rock right now is the Aviation at Raduno. Over in Fort there is a place called R&R Curry that has the best lamb shahi korma I’ve ever eaten. It started out as a to-go-only service on the side of a gas station, but now it has a dedicated restaurant space. The people running it are really nice as well. I crave it. In Van there is a place called J.C.’s BBQ that makes the most amazing mushroom Swiss burger in the world. Go and get one. Tell ’em I sent ya! They sauté the mushrooms with a sort of barbecue-sauce concoction that’s magical. When I got back from tour recently and didn’t have any groceries, but couldn’t shop because I knew I was leaving again soon, I got one of those three days in a row. They’re that good 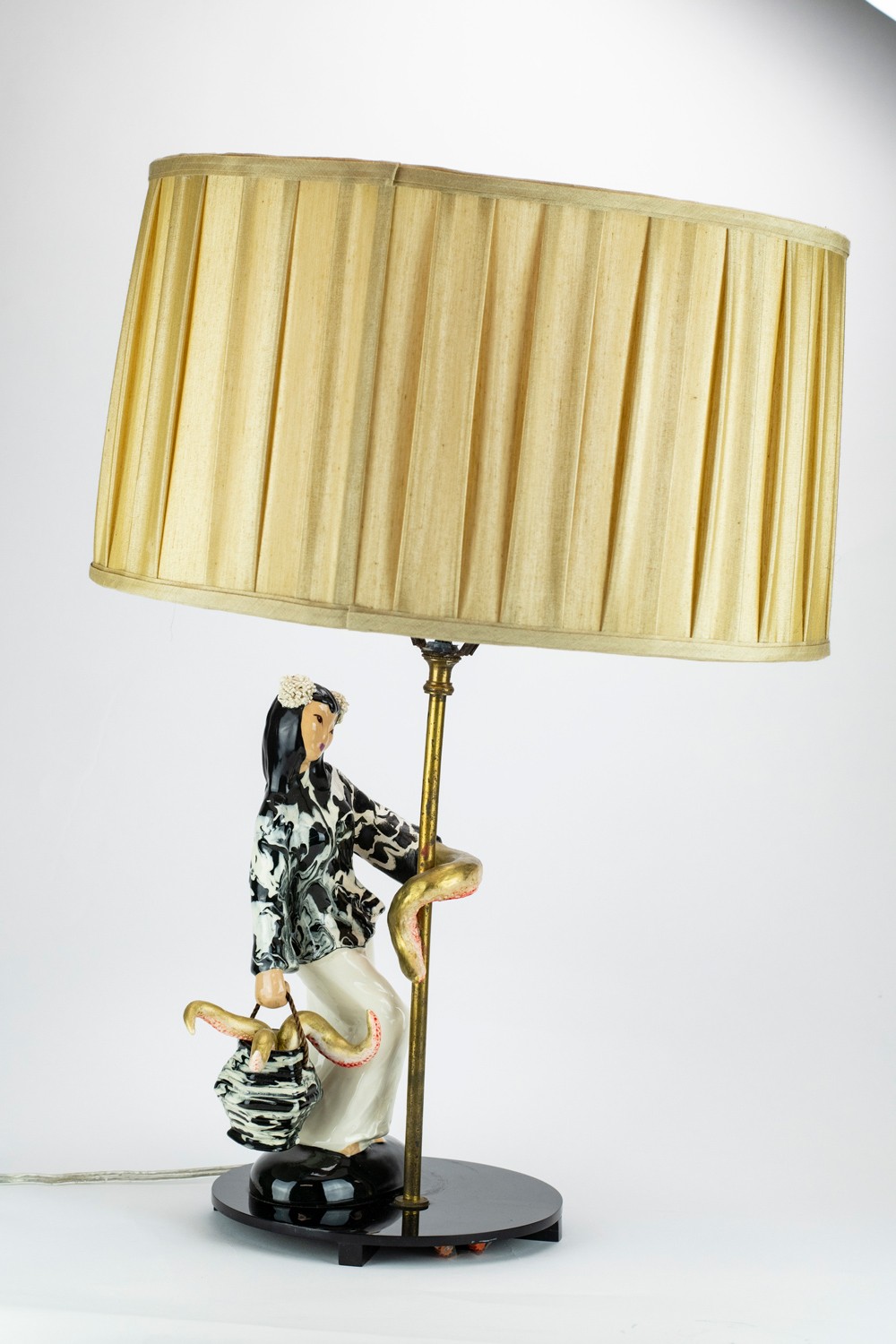 Where do you go to find unique handmade crafts and gifts?

My friend Jennifer Perren does sculpture, paintings drawings. She fixed another friend’s lamp and turned it into a surrealist art piece. It was formerly a lady holding a basket but one of the arms broke off, and she replaced the arm with a huge tentacle and made the basket contain some strange tentacles as well. I’d love to have a piece by her. I’m a longtime fan of artist and designer Erin Lorenzen. I would love to be styled by her for the stage. I’d also love to be styled by local makeup artist Jessica Humerick. One could argue that a face of makeup isn’t really an “item” because we wash it off at the end of the day, but I would say that what Humerick does with makeup is just as much a craft as a piece of pottery.

What craft fair do you most look forward to and why?

The Arkansas Cornbread Festival in Little Rock because I love cornbread and free samples, and it’s just a great festival and one of the few I’ve gotten to go to while not playing.

Epiphany Morrow, aka Big Piph. Not only is he making meaningful music, doing good work in the community, and I especially like his advocacy for disadvantaged kids.

King Biscuit in Helena-West Helena holds a special place in my heart. It’s been going on for several decades, and the people who put it on are fantastic. We have some friends down there at a place called Thrive. They help local entrepreneurs with design, grant-writing, marketing and launching their own businesses. They have really helped bring life and development to the area. They also use the downstairs as an art gallery and are involved in everything they can that brings love, light inspiration to the community and beyond. The music featured is always Delta, more modern blues … and Tyrannosaurus Chicken always gets a spot.