Lindsey Millar 8/22/22 9:31am
Founded by Bryan and Bernice Hembree of the band Smokey & the Mirror and chef Jerrmy Gawthrop of Woodstone Pizza, the festival continues to emphasize roots music of all stripes and culinary excellence. Among the big names this year are The Wood Brothers, Taj Mahal, Bettye Lavette and the North Mississippi Allstars.

The Arkansas Times Film Series is back

Omaya Jones 8/18/22 11:15am
From his earliest films, Weerasethakul has always played in the liminal space between wakefulness and sleep. Languid pacing, long shots, and an emphasis on visual actions over dialogue. The director isn’t really concerned with whether or not the audience is able to remain alert though the course of the film and actually encourages viewers to zone out or even nap for a bit if the mood strikes you, the better to let the film seep into your subconscious and allow it to take the form of a dream.
Advertisement

Lindsey Millar 8/17/22 1:22pm
Here, the Atlanta-born rockers will play all of “Shake Your Moneymaker,” the band’s hit-filled 1990 debut record — along with “all the hits” from Crowes’ subsequent career. 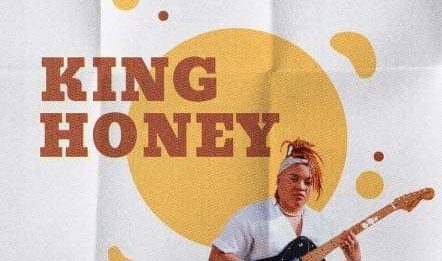 Lindsey Millar 8/17/22 9:17am
She’ll be debuting that music, under the name King Honey, at White Water, where she’s encouraging attendees to don ’70s attire, perhaps a hint at what the new jams sound like. The first single, “Liberate,” came out yesterday, so there's plenty of time to learn the chorus ahead of the concert.
Advertisement

Stephanie Smittle 8/15/22 12:00pm
Whether or not Monday deserves such beauty and wit, multi-instrumentalist Melissa Carper, the Sad Daddy bassist and half of the duo Buffalo Gals who put out a hell of classic country/jazz solo record during the pandemic, is playing at the White Water Tavern tonight.
Advertisement

Stephanie Smittle 8/12/22 11:44am
The mighty Rachel Ammons will be firing up her "one-man band" operation tonight at Kings Live Music in Conway and tomorrow at South on Main in Little Rock's SoMa District. If you haven't seen Ammons obliterate your preconceived notions of what a single musician can do with two hands and two feet, here's a chance to remedy that.

Stephanie Smittle 8/11/22 9:54am
Hot Water Hills Music & Art Festival, an all-ages festival put on in downtown Hot Springs every fall by Low Key Arts, is back for its tenth year, and the lineup looks awesome.
Advertisement

Lindsey Millar 8/10/22 12:14pm
What’s a reasonable estimate for the number of babies made while listening to Shalamar, solo Jody Watley, Keith Sweat, LSG, Babyface or any of the jillion jams Babyface produced? It’s gotta be a million.

Lindsey Millar 8/9/22 11:40am
Davis makes her return to Little Rock, for the first since 2019, ahead of the release of a new album in October. The early self-assured and moody singles suggest it’s one we should be highly anticipating.
Advertisement

Emo Night at The Hall on Friday

Mary Ruth Taylor 8/8/22 9:55am
Think My Chemical Romance, Fall Out Boy and Taking Back Sunday. Grab your eyeliner. And maybe some skinny jeans.

Mary Ruth Taylor 8/8/22 9:38am
Show up early to catch opening acts The Pretty Reckless, Lilith Czar and The Warning for a show that packs a punch.

Lindsey Millar 8/3/22 3:27pm
If Kevin Hart is any indication, being an international celebrity in 2022 is wild, y’all. Also: No cash and no cell phones. Simmons Bank has gone cashless for its concessions, and the Hart show is prohibiting cell phones in the performance area.

Mary Ruth Taylor 8/3/22 3:20pm
He’ll be joined by Old Crow Medicine Show, whose song “Wagon Wheel” has become an anthem that all of Simmons Bank Arena is sure to sing along to.

Lindsey Millar 8/3/22 12:08pm
“Working from the many flower studies, combined with sketches from old photos of myself, my mother, my grandmothers, and great grandmothers, I create large paintings on inherited old tablecloths to draw attention to undervalued domestic work,” Wood wrote in an artist statement. She’ll be celebrated Aug. 5 with an opening reception.

Seven concerts to hear in Central Arkansas this weekend

Stephanie Smittle 7/25/22 9:50am
The gospel-anchored player and producer is behind the ivories of some of the biggest Kirk Franklin tunes to sweep modern American churches, but Martin’s known in jazz circles as one of many creative engines behind the touring supergroup Snarky Puppy (riyl: Chick Corea, Weather Report, being rendered dumbstruck at what humans can do with musical instruments).

Stephanie Smittle 7/20/22 11:45am
Arkansas-based actor Satia Spencer stars in the lead as Felicia, and anyone who's ever seen Spencer onstage knows full well that she can bring it. Don't miss this one, y'all.

Mary Ruth Taylor 7/19/22 2:18pm
Saddle up, we’re going to KurtisTown … or, actually, KurtisTown is coming to us.
Advertisement
← Previous page Next page →