Another Arkansas race massacre you didn't learn about in school

J. Chester Johnson 3/1/22 4:56pm
Referred to at the time as a “race war,” the Little River County Massacre began on Saturday, March 18, 1899, with the shooting death of a white man, James Stockton, a landed planter who was hardly a beloved friend of local Black Arkansans.

Guy Lancaster 11/29/21 2:05pm
Lynching is part of our state's past. Is it doomed to be part of our future?
Advertisement

Kwami and Clarice Abdul-Bey 6/14/21 10:58am
Right now, most of the white elected officials in Arkansas seem willing to ignore the fact that Arkansas was a part of the Red Summer of 1919. We must learn that our past will continue to be our present, and will be cemented into our future, if our state does not officially acknowledge and reconcile its past beyond ubiquitous discussions of the 1957 Central High School integration crisis.

William Fulbright, the Southern Manifesto and the path to the Central High crisis

Michael Pierce 6/9/21 3:19pm
Fulbright’s apologists like to claim that the senator’s sins during the Central High Crisis were ones of omission rather than commission — that he played no significant role in stoking segregationist outrage, but rather simply did little to stop it. But they are wrong. As an author and signatory of the Southern Manifesto, Fulbright provided a false cover of legitimacy to segregationists and emboldened them to defy the Brown decision.
Advertisement

The Klan and the Kulture Wars: A review of Kenneth C. Barnes' new book on white nationalism in 1920s Arkansas

Guy Lancaster 3/31/21 12:28pm
Popular culture has trained us to think of the Klan as first and foremost a racist group, rather than a religious one. But centering racism does not help to explain why the KKK was so popular in places like Paragould, Harrison, and Bentonville — places that were almost exclusively white. What Barnes does, instead, is to show how the Klan operated at the nexus of religion, race, business, leisure, law and politics.

Griffin Coop 2/4/21 4:09pm
As a young Army officer, president-to-be Zachary Taylor spent a couple of years at Arkansas's Fort Smith. Apparently he didn't have a very good time there.
Advertisement

In the wake of the Central High crisis, crime and injustice

Hazel: an excerpt from 'The Vapors: A Southern Family, the New York Mob, and the Rise and Fall of Hot Springs, America’s Forgotten Capital of Vice'

David Hill 7/6/20 10:11am
Hot Springs was “running wide open,” with casino gambling happening in full view of God and everybody.
Advertisement

Ticks, cows and the war on contagions

Blake Perkins 5/1/20 9:49am
A forgotten historical parallel to the coronavirus pandemic.

The racist roots of anti-unionism in Arkansas

Michael Pierce 11/26/19 1:57pm
Motivated by money and white supremacist beliefs, the state farm bureau, chambers of commerce and others lined up with segregationists to enact the ‘right to work’ law.

A look at old Little Rock via the Hotel Sam Peck

John Kirk 10/31/19 11:20am
In 1956, Winthrop Rockefeller made his local school district in Morrilton an offer that it surely could not refuse: unlimited access to his considerable inherited Standard Oil fortune to fund a model school program that would be the envy of the state, the South and the nation.

A forgotten candidate and the 1962 Arkansas governor’s race

Sweet Willie Wine took a stand in the Arkansas Delta

The unbearable whiteness of being

Guy Lancaster 2/1/19 9:00am
What's lost when we consider the history of racial violence from a white perspective.
Advertisement
Next page → 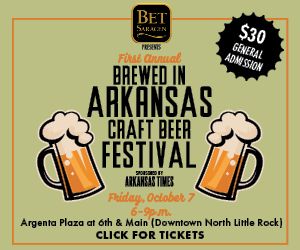