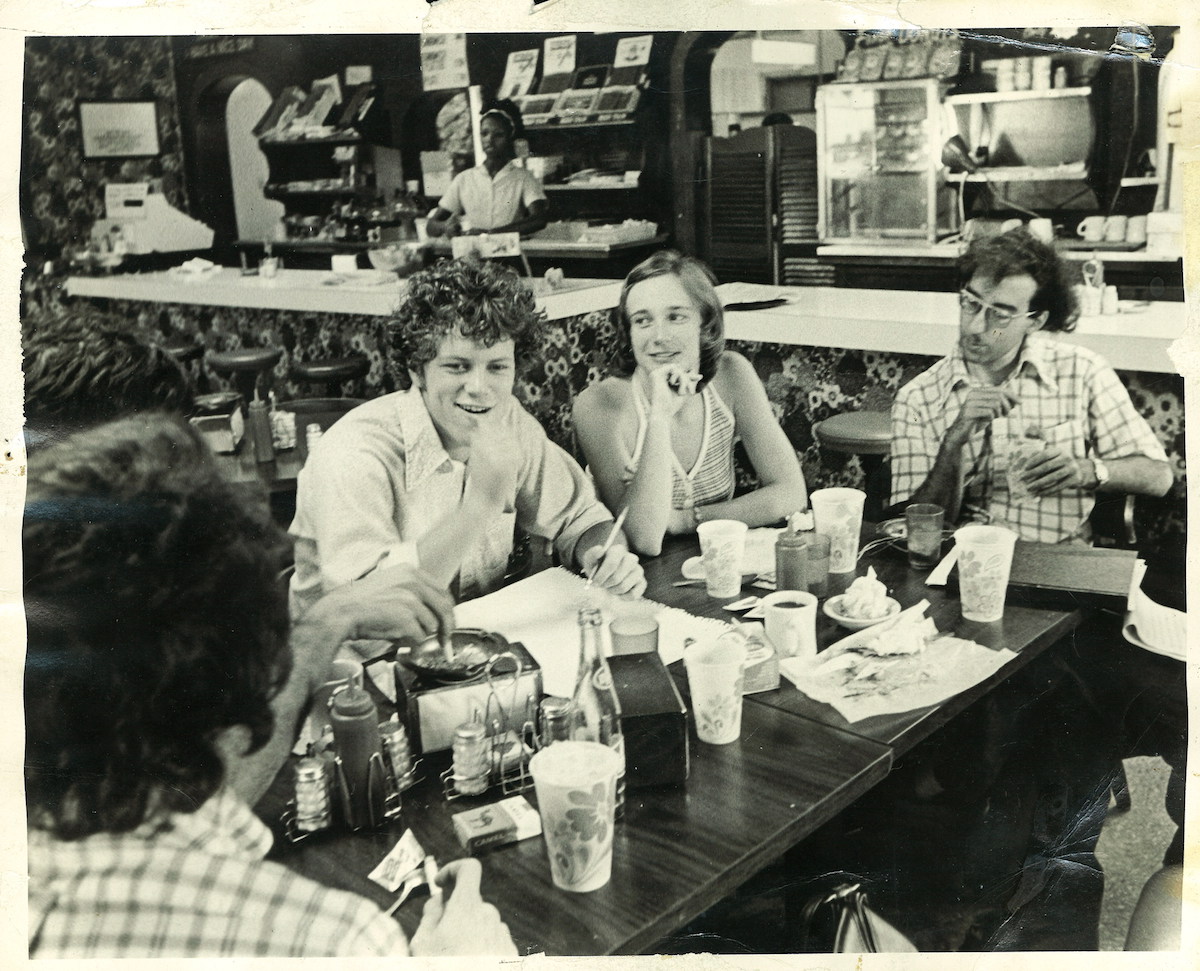 The Arkansas Times was first published in 1974 as the Union Station Times, a slim 8-by-10 1/2-inch newsprint bi-monthly whose founder, Alan Leveritt, wanted to see more investigative reporting in print. (Little Rock had two daily newspapers at the time, but both were newspapers of record, focusing on beat reporting.) Since then, it has gone from newsprint bimonthly to slick magazine to weekly tabloid and back to a magazine, with an online presence starting in the mid-1990s.

The newspaper became the Arkansas Times in 1975 and was able to pay its staff soon enough. Its switch to a weekly publication was an answer to the demise of Little Rock’s progressive newspaper, the Arkansas Gazette, once a family paper and then a Gannett publication purchased after a long newspaper war by its right-wing competitor, the Arkansas Democrat. The Times hired several people from the Gazette and filled the liberal editorial vacancy left by the Gazette’s death. Its advocating reporting and the Arkansas Blog, Arkansas’s first online political blog, has been the scourge of reactionary right-wingers and quick to take on misdeeds coming from the left, as well.

The Times changed formats in 2019, returning to its magazine style and publishing monthly. Only the format has changed; the Times online and in print continues to investigate, advocate, elucidate and entertain.