The extended hearing Wednesday that led to federal Magistrate Christy Comstock’s decision to allow supervised release of Josh Duggar pending his trial included extensive testimony on the nature of images of child sex abuse that a Homeland Security investigator found on Duggar’s computer.

It also included extensive testimony on how Duggar had rigged his computer to keep material seen by his wife separate from other material. Testimony delved into the timing of routine activity on Duggar’s cell phone at the same time as the downloading of images to demonstrate that he was the person who’d received and stored the images.

The testimony also revealed that a Little Rock police detective alerted the federal agency to the download of suspect material in May 2019 at a computer address traced to Duggar’s used car dealership.

Agents found a two-minute video of an adult male performing sex acts with children (referred to as “toddlers” by the prosecutor) and 65 images of children aged 5 to 10 on devices linked to Duggar. A desktop computer, a laptop and a cell phone were confiscated from Duggar in 2019, which is when he became aware of an investigation. He reportedly asked investigators spontaneously then if “someone” had downloaded child pornography on his computer. He acknowledged his computer had a type of browser that allows anonymous Internet access.

From the Hollywood Gossip report:

When Josh was asked about images of minors between the ages of 5 and 10 years, Josh reportedly replied: “I’d rather not answer that question.”

Apparently his password for a program used to obtain the images was the last four digits of his date of birth.

The agent testified that one of the downloaded files was one of the five worst he’d encountered.

Duggar had asked to be released to live with his pregnant wife and six children, but the magistrate placed him in custody of a couple from his church and said he could visit his children only when they were accompanied by their mother. He’ll be electronically monitored as well.

Covenant Eyes’ president and devout Christian, Ron DeHaas, said in a 2008 blog post that he co-founded the project after his “passion and burden for the devastating effects of Internet pornography weighed heavier and heavier, and I could not stop.”

“From a business standpoint, or from the standpoint of security of my family, I actually thought about stopping in September, 2000. But God kept opening doors, and I could not stop,” DeHaas — who also founded Nehemiah Ministries, a 160-acre retreat and counseling center for pastors and missionaries — wrote.

Covenant Eyes currently has over 150,000 subscribers, according to the company’s website. 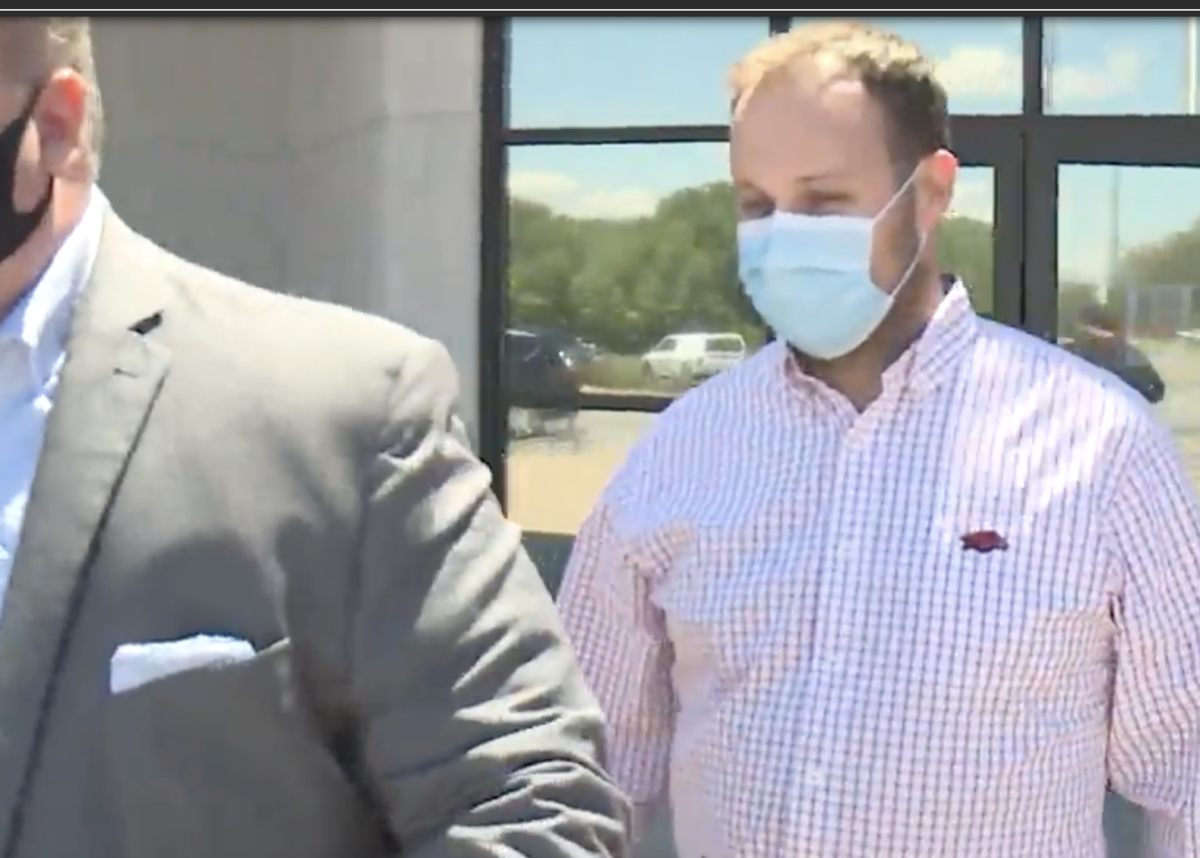 UPDATE: He was released from jail today but answered no questions from reporters.